Should Translators Be Native Speakers of Arabic, Or English? 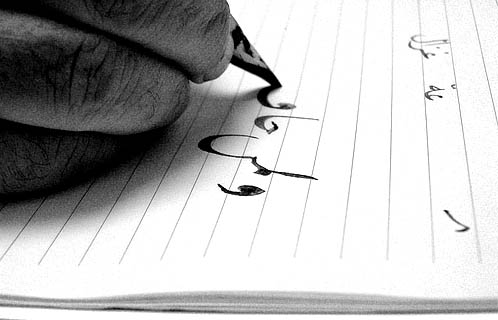 This February, Literature Across Frontiers (LAF) had planned to present a report about literary translation from the Arabic, Hebrew and Turkish into English in the U.K. and Ireland (1990-2010). However, events came between LAF and the presentation, and the report has not yet seen its Cairo audience.

When it does, no doubt it will generate much argument. One of the topics for discussion will be the role of the “native speaker” in translation.

Spanish-English translator Gregory Rabassa once said that he’d been asked whether he knew Spanish well enough to be up to the task of translating Gabriel Garcia Marquez. Rabassa apparently responded that the real question was whether or not he knew English well enough.

Surely this is important. A translator must not be simply a scholar of the source language, but an artist in the target language, capable of great flexibility and great creativity.

Yet, as Italian-English translator William Weaver noted in an interview with the Paris Review, there is more to it than that: “You need to know the language but, even more, the life of the country.”

And what of Arabic-English translation, where there are so many countries and dialects? What sort of knowledge, craft, skill, and talent makes for the best translation? Do you need a native of X, a native of Y, or something altogether more? Translator Marilyn Booth, in the LAF report, said rather uncontroversially:

We must be careful, as knowing both languages is not enough to make you a translator.

Now translator Anthony Calderbank, who is surely referring to Abdo Khal’s Throwing Sparks as Big as Castles, which will be translated by Maia Tabet and Michael K. Scott:

There is also the vexed question of whether a mother-tongue Arabic speaker should translate fiction into English. I have quite often been told that only an Arab can understand Arabic well enough to translate out of the language, but I would maintain that an Arabic to English literary translator should preferably have English as his/her first language. (italics mine)

Surely, if you were to mention the names of exceptionally talented translator-authors like Ahdaf Soueif and Khaled Mattawa, Cobham would amend her statement, at least somewhat. Why shouldn’t the best translator be one whose first (spoken) language is Arabic, but who writes in English like a…well, like a Nabokov?

I would like you to respond by winning this prize.