Now That We Have Tasted Hope – A Poem 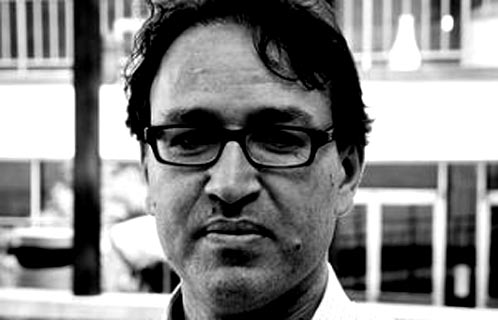 This weekend, Libyan-American poet Khaled Mattawa has been at New York’s Alwan for the Arts, reciting his own poems and those of other Arab poets. Among the poems he’s reciting, I imagine, is his new work “Now That We Have Tasted Hope.”

I wouldn’t normally lift an author’s entire work, but, since its initial appearance on BBC’s The World Today March 19, it seems to have been reposted on a number of websites. (Is that a sufficient excuse?) Anyhow:

NOW THAT WE HAVE TASTED HOPE

Now that we have come out of hiding,
Why would we live again in the tombs we’d made out of our souls?

And the sundered bodies that we’ve reassembled with prayers and consolations,
What would their torn parts be other than flesh?

Now that we have tasted hope
And dressed each other’s wounds with the legends of our oneness
Would we not prefer to close our mouths forever shut on the wine
That swilled inside them?

Having dreamed the same dream,
Having found the water that gushed behind a thousand mirages,
Why would we hide from the sun again
Or fear the night sky after we’ve reached the ends of darkness,
Live in death again after all the life our dead have given us?

Listen to me Zow’ya, Beida, Ajdabya, Tobruk, Nalut, Derna, Musrata, Benghazi, Zintan,
Listen to me houses, alleys, courtyards, and streets that throng my veins,
Some day soon
In your freed light and in the shade of your proud trees,
Your excavated heroes will return to their thrones in your martyrs’ squares,
Lovers will hold each other’s hands.

I need not look far to imagine the nerves dying rejecting the life that blood sends them.
I need not look deep into my past to seek a thousand hopeless vistas.
But now that I have tasted hope
I have fallen into the embrace of my own rugged innocence.

Now that we have tasted hope,
Now that we have lived on this hard-earned crust,
We would sooner die than seek any other taste to life,
Any other way of being human.- Khaled Mattawa

Thanks to Susannah Tarbush for drawing my attention to this poem.

Other new poems for Libya:

“Voice of Freedom” by Ghazi Gheblawi