Iran’s First Oscar: A Film Those Itching for War Need to Watch 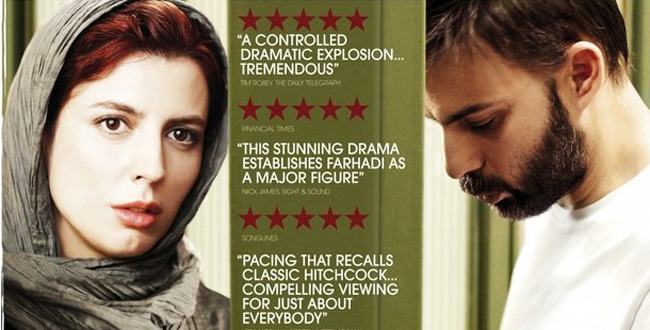 It’s hard not to view the Oscar for Best Foreign Film awarded to Iran’s entry, A Separation, as at least in part, a political statement against war with that country.  But there’s no question that the film is a brilliant one, even close to a masterpiece.  I just saw it last night and came away disturbed and deeply moved by the profound moral ambiguities it offered both about human relationships and life inside present-day Iran.  It is also the first Iranian film to win an Oscar, which, considering the amazing quality of Iranian cinema over the decades, is an oversight rectified and long overdue.

For a suitable cinematic tradition, A Separation is best compared to the Italian social realism masterpieces of the early 1950s like DeSica’s The Bicycle Thief.   These were films which observed working class characters grappling with simple, yet profound moral conundrums.  It was this co-existence of the high and low together which marked these films as the masterpieces they were and have allowed them to stand the test of time.

A Separation lives in the same filmic tradition.  It deals with a young couple, one of whom is fed up with the dead-end life Iran has to offer and seeks to emigrate.  The husband, however, is held back by an aging father suffering from Alzheimer’s who he cannot leave behind.  This leaves the couple at a dead-end.  The wife wants to leave with her family.  Her husband will not.  They have an 11-year old daughter who is the sole obstacle holding the mother back from her plan.

The couple go to family court where the judge refuses to grant her a divorce, saying her problem is “too small” to justify such a serious remedy.  Out of frustration, the wife moves out of her home, telling her husband she plans to leave anyway.  When she leaves his home, this starts a concatenation of small events which lead to the momentous ones that follow.  The husband, without his wife to serve as caregiver for his father, needs to hire someone.  He employs a poor pious young woman who has a small daugher and is pregnant.

The new caregiver’s first moral dilemma is whether as a religious woman, she may clean the aged man’s soiled clothing and body.  The next day, the father, suffering from dementia, escapes from the home, and the woman’s search to find him leads to a crucial, fateful incident.

After this, the woman, torn by her need to see a doctor about problems with her pregnancy, decides to leave the sleeping father at home tied to his bed (so he will not escape again).  When the son returns home he finds his father fallen off the bed and disconnected from his oxygen tank and near death.  When the caregiver returns to work, the younger man fires her and also accuses her of stealing from him.

The woman–whose husband is an out of work cobbler deep in debt to his creditors–facing the loss of the job, protests against her firing and begs the man to take her back.  He is so angry at abuse his father suffered, that he turns against her and pushes her out of his apartment.  She falls and injures herself.  From there, the plot works its way toward its climactic moments in which the lives of every character are tested in moral fire.  All are found wanting, though all act out of the best of motives (at times).

What is truly brilliant about the movie is that every character is basically a decent human being.  Yet each one behaves in morally objectionable ways at one point or another.  Each one acts out of love or devotion to his family.  But such love leads each one to lie or cheat in ways that deeply harms others.

The film also teaches that no matter how comfortable we each may be within our family, social or class milieu, our lives interact in ways we can never foresee with those with whom we could never conceive a relationship.  The young couple are comfortable, fairly secular, well-educated middle class people from good families.  Yet their lives strike up against those of a poor, religious working class family in ways they would never have imagined.  Tragedy ensues.  The middle class family causes it inadvertently.  The working class family ends up enduring the tragedy and tries to make the other family pay for its suffering.

At the conclusion, the young son is vindicated.  But even this victory is Pyhrric because it comes at the expense of his own integrity, his failing relationship with his wife, and it damages irreparably his relationship with his scrupulously moral daughter, who watches her father’s moral compromises with increasing incredulity.

While the adults in this film grapple with moral questions whose answers cause them to be found consistently wanting, it is the children who suffer most.  The couple’s daughter swings back and forth between father and mother.  She wants her mother to reunite with her father, yet the former refuses.  She wants her father to tell the truth about the harm he may’ve caused the poor caregiver, yet he won’t.

The caregiver’s little daughter is equally vulnerable and helpless in the face of her parents plan to extort financial or penal penalties from the employer’s family after the mother’s tragedy.  At the end of the film, when the crucial moment comes and the middle-class man is vindicated, both children, who had become friends, look at each other with a look that is indescribably baleful and utterly sad.  No one has won, everyone has lost, but the children have lost most of all.

After watching the film, I was tempted to see it as a moral allegory for the insanity that currently reigns in relations between Iran and the west.  Just like the couple in the film and the two separate families, who each act out of good motives, but whose obtuseness leads to tragedy, so Iran and its enemies seem hell-bent on a confrontation that can only lead to tragedy for everyone involved.  Of course, as with any great piece of art, this film shouldn’t be confined to being a commentary on a single event.  It is far larger than that.

But it’s worth noting this statement from the film’s writer and director, Asghar Farhadi at the Oscar ceremony:

“At this time, many Iranians all over the world are watching us and I imagine them to be very happy. They are happy not just because of an important award or a film or a filmmaker. But because at a time when talk of war, intimidation and aggression is exchanged between politicians, the name of their country, Iran, is spoken here through her glorious culture, a rich and ancient culture that has been hidden under the heavy dust of politics. I proudly offer this award to the people of my country, a people who respect all cultures and civilizations and despise hostility and resentment.”

He clearly meant the awards ceremony, if not the film itself, as a direct commentary on the mess we’re in.

Though I know they won’t, I hope every Israeli and every key U.S. foreign policy official sees this film.  And then think whether a country that could produce such a beautifully subtle, touching and deeply troubling moral fable as this one should be bombed.  How will bombs stand up to the moral acuity represented by this film?