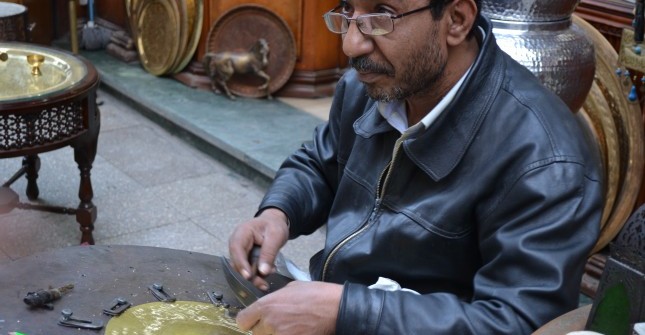 [Note: The most notable, at least in the Nobel laureate sense, Arab writer of literature is the Egyptian Naguib Mahfouz, who passed away in 2006 . Among his many novels, several of which are available in English translation by Doubleday Press, is the classic “Midaq Alley”, written more than six decades ago, but still a vibrant testament to the universality of human foibles in a literary mirror. Below is one of my favorite character descriptions in the novel. If you have not yet read “Midaq Alley”, then do so as soon as you can, and taste the sweet words (even in translation) for yourself.]

Many things combine to show that Midaq Alley is one of the gems of times gone by and that it once shone forth like a flashing star in the history of Cairo. Which Cairo do I mean? That of the Fatimids, the Mamlukes, or the Sultans? Only God and the archaeologists know the answer to that, but in any case, the alley is certainly an ancient relic and a precious one.

How could it be otherwise with its stone-paved surface leading directly to the historic Sanadiqiyya Street. And then there is its café known as Kirsha’s. Its walls decorated with multicolored arabesques, now crumbling, give off strong odors from the medicines of olden times, smells which have now become the spices and folk cures of today and tomorrow…

Although Midaq Alley lives in almost complete isolation from all surrounding activity, it clamors with a distinctive and personal life of its own. Fundamentally, and basically, its roots connect with life as a whole and yet, at the same time, it retains a number of the secrets of a world now past.

The sun began to set and Midaq Alley was veiled in the brown hues of the glow. The darkness was all the greater because it was enclosed like a trap between three walls. It rose unevenly from Sanadiqiyya Street. One of its sides consisted of a shop, a café, and a bakery, the other of another shop and an office. It ends abruptly, just as its ancient glory did, with two adjoining houses, each of three stories.

The noises of daytime life had quieted now and those of the evening began to be heard, a whisper here and a whisper there: “Good evening, everyone.” “Come on in’ it’s time for the evening get-together.” “Wake up, Uncle Kamil, and close your chop!” “change the water in the hookah, Sanker!” “Put out the oven, Jaada!” “This hashish hurts my chest.” “If we’ve been suffering terrors of blackouts and air raids for five years it’s only due to our own wickedness!”

Two shops, however, that of Uncle Kamil, the sweets seller, to the right of the alley entrance and the barbershop on the left, remain open until shortly after sunset. It is Uncle Kamil’s habit, even his right, to place a chair on the threshold of his shop and drop off to sleep with a fly whisk resting on his lap. He will remain there until customers either call out to him or Abbas, the barber, teasingly wakes him.

He is a hulk of a man, his cloak revealing legs like tree trunks and his behind large and rounded like the dome of a mosque, its central portion resting on the chair and the remainder spilling over the sides. He has a belly like a barrel, great projecting breasts, and he seems scarcely to have any neck at all. Between his shoulders lies his rounded face, so puffed and blood-flecked that his breathing makes its furrows disappear. Consequently, scarcely a single line can be seen on the surface, and he seems to have neither nose nor eyes.

His head topping all this is small, bald, and no different in color from his pale yet florid skin. He is always panting and out of breath, as if he has just run a race, and he can scarcely complete the sale of a sweet before he is overcome by a desire for sleep. People are always telling him he will die suddenly because of the masses of fat pressing round his heart. He always agrees with them. But how will death harm him when his life is merely a prolonged sleep?