Meddle in Afghanistan: The Lesson from History Is Clear 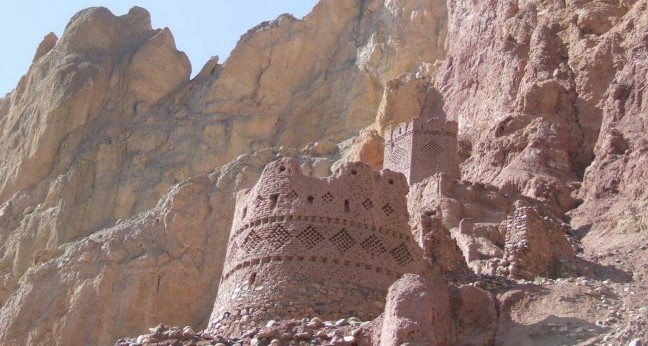 Summer’s over, and while they’re fresh in my mind I’m reviewing a few of the books I managed to get through on the lazy days.

Most of them have a Middle Eastern theme. Some are old, some are newish. All are worth a read if you’re interested in the past or present in this troubled region.

First up is Return of a King, by William Dalrymple, a historian and travel writer whose work never disappoints. It’s the story of Britain’s first military misadventure in Afghanistan. In 1838, prompted by fears about Russia’s intentions in central Asia, and potential designs on India, The East India Company sent an army into Afghanistan to depose Dost Mohammed, self-styled Amir and de facto ruler, in favour of Shah Shujah, the last king of the Durrani dynasty, who was deposed several decades earlier. Shujah was plucked from exile in British India, and placed back on the throne in Kabul. It was the opening act of The Great Game that preoccupied Victorian Britain’s foreign policy.

Dost Mohammed Khan and his sons were scattered in defeat, yet his supporters were by no means subjugated. Just as in aftermath of 9/11, when the Taliban re-grouped and started the insurgency that continues today, Mohammed’s tribe, led by his fearsome son, Akbar Khan, took advantage of the widespread resentment of the British occupying force, and in particular of the actions of the “politicals” – officials sent by the British to advise and guide the reinstated King.

The whole episode ended in tears. Alexander Burnes and William Macnaghten, the leading British officials, ended up being assassinated in the course of a nationwide revolt led by Akbar Khan that united the fractious tribes. Factors that contributed to the revolt included the reduction of the payments made to tribal chiefs in order to buy their passivity, and the outrage felt in Kabul at the loose behaviour – deeply at odds with religious and cultural traditions – of the occupying forces, and particularly on the part of Alexander Burnes, who took an active liking for the women of Kabul.

After the assassination of the politicals, William Elphinstone, the commanding general of the Army of the Indus, as the British force was known, agreed with Akbar Khan that he would withdraw his forces from Kabul and return to India. Whether Akbar Khan broke the agreement to provide safe passage, or was unable to impose his will upon the unruly tribesmen, the retreat was a disaster. 14,000 British and Indian troops and camp followers set out with minimal supplies in the middle of winter. Most of them died of the cold or were massacred by tribesmen using the same hit and run tactics employed by the Taliban nearly two centuries later. Although two other forces occupying other Afghan cities remained intact, barely more than a handful of survivors from Kabul made it back to safety.

Elphinstone, who died in the custody of Akbar Khan, cemented his reputation as one of the most incompetent leaders in British military history, and the Kabul retreat was an epic humiliation for the empire, only trumped by the defeat in Malaya by the Japanese in World War 2.

Shujah, the puppet King, met his end shortly after the British defeat, when he was foolish enough to leave his stronghold in Kabul in a show of support for Akbar Khan’s forces as they tried to finish off the remaining British armies still in Afghanistan. Dost Mohammed Khan, who had been living in comfortable detention in India, returned to his former position of primacy, not before a retaliatory British force defeated Akbar Khan and razed much of Kabul to the ground. The British finally departed, bequeathing Dost Mohammed smouldering ruins wherever they had been.

Dalrymple’s tale is well told, and different from previous accounts in that he made extensive use of contemporary Afghan sources, from Shuja’s own writings to epic poems glorying in the downfall of the arrogant feranghi. It was as well that he provided a list of dramatis personae at the beginning for the book, because he introduced a bewildering array of characters on the Afghan side. I found myself frequently referring back to his list in order to make sense of the narrative.

The echoes of that old conflict still reverberate today. The Western concept of victory, rendered meaningless by determined insurgents. The use of jihad as a means of binding disparate interests. The harsh climate and the forbidding terrain on which the conflict played out. The insensitivity of the occupying forces and the shifting loyalties of the tribes. Above all, the profound resentment by the Afghan people of foreign occupiers, whether well-meaning or otherwise.

Dalrymple is not the first historian to point out the lessons to be learned from successive Afghan conflicts. But I doubt if there is a more comprehensive account of the West’s first encounter with that complex and tortured country. The history of Afghanistan does not start in the 19th century, but we get only passing references in his book to empires and civilisations that have flourished there throughout recorded time. My own interest started with the legacy of Alexander the Great, who turned much of the country into the province of Bactria. On his death a Hellenistic dynasty flourished there for a couple of centuries. In my coin collection I have several Bactrian coins showing Alexander’s successors wearing helmets bearing a startling resemblance to French army helmets from the two world wars – an reminder that what was held was maintained by force of arms. At least the Greeks did better than most of the occupiers that succeeded them.

So if you like your history to dig deep, and you need a reminder of how past events impact on present reality, then Return of a King is a book very much worth reading.

On the other hand, if you’re looking for a racier but no less faithful account of the period, you could do worse than to read the first of George Macdonald Fraser’s Flashman books, in which he places the fictional anti-hero of Tom Brown’s Schooldays into the Kabul debacle.

After finishing The Return of a King, I revisited Flashman’s account. My respect for the late lamented Fraser, who weaves the adventures of his cowardly subject into real historical events, re-doubled. He captures the essence of the story in no less authentic a manner than Dalrymple – the big picture recounted by Flashman is an entertaining counterpoint to Dalymple’s highly detailed narrative. As with all his Flashman books, this one is grounded in the author’s comprehensive knowledge of Britain’s imperial past.

Although I know people who have fought in the current Afghan conflict, I have never visited the country and have encountered only a few Afghans personally. Yet connections are never far away. A couple of years ago I discovered among a number of wartime campaign medals handed down to me a small clasp commemorating the owner’s participation in the Third Afghan War – a brief campaign that took place in 1919. In that brief conflict King Aminullah, one of the descendants of Dost Mohammed Khan, tried to take advantage of the weakness of the British Raj following the end of World War 1 by extending his territory into India. His efforts were defeated, and in the process his people had their first experience of aerial warfare. Royal Air Force bombers raided Kabul, and the impact of the raids played a large part in inducing Aminullah to sue for peace.

So began another oft-repeated theme of subsequent Afghan conflicts. What goes around in Afghanistan tends to keep going around, to the repeated detriment of successive benighted generations.