“Means of Suppressing Demonstrations”: Worth the Fuss? 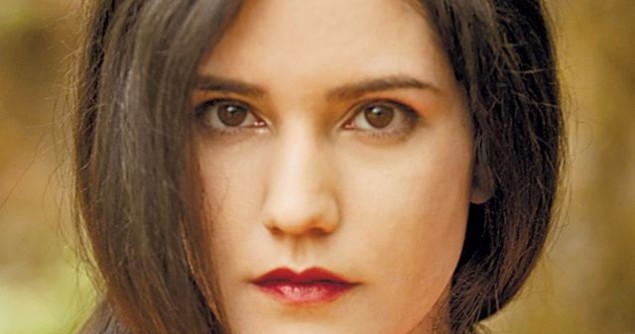 “Means of Suppressing Demonstrations”, a short story by 25-year old Israeli author Shani Boianjiu that recently appeared in the fiction slot of the prestigious New Yorker magazine, has garnered plenty of attention in the few weeks since it was published.

Set at a checkpoint on a closed, deserted road in the West Bank, it explores a range of questions about human dignity and the effects of the Israeli-Palestinian conflict on both the occupier and the occupied. Commentators are sharply divided on what the author intends with this simple story.

Some see it as Israeli army propaganda, while others think, as I do, that it instead encourages the reader to reflect on the common humanity of Palestinians and Israelis, in the face of an Occupation that dehumanises both.

Israeli-controlled checkpoints and road closures in the West Bank, and their attendant restriction of movement for Palestinians, have long been a source of tension. In 2011, the Israeli military reduced these restrictions slightly, following elimination of some of the main checkpoints in 2009. But Palestinians are still unable to move about the West bank freely. At the end of 2011, there were 102 checkpoints inside the West Bank, 76 of them – like the one in this story – staffed around the clock.

The story focuses on Lea, the commanding officer at the checkpoint. Lea has “stopped feeling her own body”. She cannot remember what she wanted from life before she became a soldier. She no longer “wants” anything. The gnawing pointlessness of her duty has turned her into a ghost, whose existence “[does] not matter”.

The story becomes surreal when two Palestinians in their 30s and a 13-year-old boy arrive at the checkpoint with a sign demanding that the road be re-opened. Politely, they ask to be dispersed. Feeling desperate and frustrated by the oppressive impact of the Occupation, they hope that a clash with the army will yield at least some mention of their action in the press. Lea finds herself strangely touched, and acquiesces.

During each of the next few days, in response to their escalating requests, she approves harsher “means of suppressing demonstrations”: first a shock grenade, then tear gas, then rubber bullets. Lea decides to draw the line when they ask the soldiers to shoot – and miss – with live bullets. Before soldiers can shoot, demonstrators must show means and intent to kill, she explains.

In response, the boy picks up a rock. One of the older Palestinians tells him to drop it, and he does. Tomer, one of the soldiers, observes that “technically” the boy can now be arrested. Lea knows the arrest of children always gets press coverage. The boy pleads to be put in custody and is arrested by Lea and Tomer.

The plot is absurd. But in being so, it reflects the absurdity of a never-ending Occupation that can impel Palestinians to take drastic steps in hopes of altering the horizon-less status quo, and can drain vibrant young women like Lea of feeling. How can it be that Israelis and Palestinians find themselves – after 45 years – still trapped in an Occupation that wears away at the humanity of both peoples?

“Means of suppressing demonstrations” ends with a tantalising promise of reconciliation between Israelis and Palestinians. The Palestinian demonstrators had an immediate objective – media attention – and with Lea and Tomer’s collaboration it appears they’ve achieved it.

Lea, meanwhile, inadvertently touches the boy’s hand as she and Tomer escort him away. She discovers through her fear that she can actually feel again. Why is she afraid? Is it because, by feeling empathy with this Palestinian boy, she senses that guarding this checkpoint is something she can no longer tolerate?

The story closes as the narrator observes these three individuals walking together that night: “Through the eyes of a villager looking out from the light of a very distant house, they could have been a family.”

With this Shani Boianjiu leaves us with a final bitter irony. In the world of the Occupation, these three are hardly a family.

But with this distant image she also hints at something to aspire to.

Michael Felsen is an attorney and on the board of Workmen’s Circle in Boston, Massachusetts, a 110-year old communal organisation dedicated to secular Jewish education, culture and social justice.