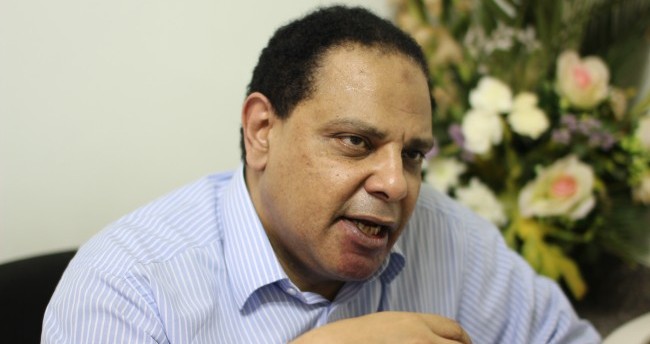 Translators are often expected to remain invisible puppeteers, unseen by all except specialists and those good at squinting. The translator who stays in the background is praised: The reader, we’re told, wants to connect with Elias Khoury, not Humphrey Davies; Jurji Zaydan, not Samah Selim. But there are moments when translators feel they must be heard:

Back in 2007, translator Marilyn Booth felt the need to clarify a few things about her translation of Rajaa Alsanea’s Girls of Riyadh.

In this case, Booth’s translation had been significantly reworked by Alsanea and an editor at Penguin — against Booth’s express wishes. Alsanea apparently wanted to see her story presented in more “universal” terms, minimizing its gender politics and its rootedness in Saudi culture.

Today, another translator, Jonathan Wright, put himself on the public record as being at odds with his author.

In an open letter posted on his blog, Wright goes into painstaking detail about his previous relationship with al-Aswany, how Wright was engaged to translate al-Aswany’s latest novel, and how that translational relationship went sour.

The reasons for poor author-translator relations here seem murkier than they were with Booth and Alsanea. Al-Aswany apparently decided to shift translators “on a whim,” according to Wright, without giving a reason*. That’s fine enough, although Wright still required compensation for the work he’d done. This compensation, according to Wright, has not been forthcoming.

To justify his decision, al-Aswany argued that Wright made a number of “mistakes” in his in-progress translation of The Automobile Club and that the translation was thus “not up to the desired standards.”

The corrections al-Aswany gave — in a document provided by Wright — range from the unnecessary to the uncomfortably bad.  ”That radiance,” according to al-Aswany, is incorrect, and should be “that glow.” (Um, okay.) “My wife realized that I needed some time alone” should, according to al-Aswany, be “My wife understood my need for the solitude.” (?) “Like an antique” should instead be “ancient or musty sound.” (Hunh?) The sentence, “I thought hard about the possibilities, eager to reassure myself” is corrected to “I concentrated to get rid of my worries.”

Certainly, Al-Aswany shouldn’t be required to know how to best render his sentences in English: That is the translator’s job. A good editor can help, as can a collaborative relationship with the author, but the author grabbing the wheel is rarely a good thing.

In my long experience as a literary translator, I have found the great majority of writers and editors to be deeply respectful of my work and to value true collaboration. Most authors are neither arrogant nor unethical, after all; and most have respect for translators’ unique skills. Many novelists, indeed, are also experienced and sensitive professional literary translators. … But I fear that in the current haste to find the next “Arab bestseller,” the translator’s special and crucial role in creating lasting art will become a victim, to the detriment of writers and readers everywhere.

Although this case may indeed come down to a whim — and the desire to bend others to that whim — the book is also a potential “best seller.”

Not all would shed tears over The Automobile Club, which is not likely to receive much critical applause.  But here, Wright would probably disagree. From his blog: “When the literary elite belittled Aswany’s novels, I always stood up for him, arguing that Egypt and the Arab world in general needed good story-tellers who put plot and character ahead of literary ostentation and obsessive self-analysis.” I might disagree on Wright’s framing of the either/or, but even if this won’t be “lasting art,” Wright’s open letter is chilling.

It is unclear who is now translating The Automobile Club for Knopf, although the publisher is surely continuing with the project. Neither al-Aswany nor the publisher have yet responded to a query about their perspective on events, but a recent profile on al-Aswany in Ahram Online – which goes to far as to compare The Automobile Club to Mahfouz’s Cairo Modern – states:

The English translation was delayed due to a disagreement between the novelist and the publisher regarding the nominated translator, but it is now in process of publication. Soon enough, an English speaking audience will get to know Kamel, who is hoping for a better day for Egypt, and Prince Chamel, a member of the royal family who dreaded its rule, and hoped for a revolution that might eradicate the past and allow for a new, better and more dignified future, even for those who feared to challenge Al-Kou.

From The Literary Saloon – Booth’s TLS letter at bottom

From Ahram Weekly – Further: Where is the translator’s voice?

*Originally, this post suggested the author and translator’s diverging politics could be a factor; as the translator points out below, the timeline of events would make that highly unlikely.