Masafi Water: How NOT To Handle A Crisis 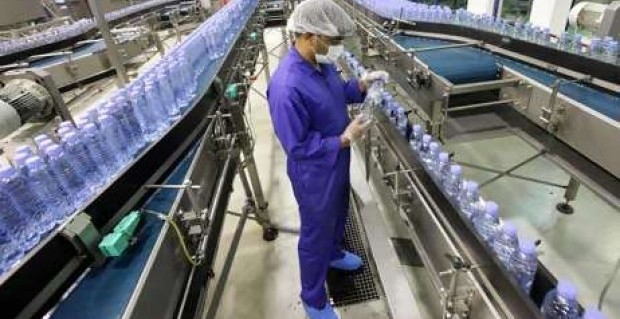 Masafi must have one of the worst websites I have seen in a very long time. The company’s SEO is so bad it doesn’t even make the first page of search results for ‘Masafi’ or even ‘Masafi UAE‘. You even get a fail with searching for ‘masafi mineral water uae‘.

How is this even possible? Part of the explanation may be that the website at www.masafi.com has been built using Flash (pretty pictures, SEO disasters). Consumers concerned at the recent media coverage of a recall order issued against the company after a sample of its water was found to have exceeded acceptable levels of bromate will find themselves listening to some cod-Arabic music and watching butterflies flapping around on their screens as they wait for the whole dull scenario to play out (with no ‘skip’ option, obviously) before some menus fly in to grace the screen with lovely pictures of beautiful things to remind us how very, well, natural everything is. Finally getting to the ‘What’s New’ section tells us that Masafi was the supporting water of the Dubai Film Festival.

Not a word about a recall. Not a crumb for the concerned consumer. As far as Masafi is concerned, It Didn’t Happen.

This isn’t the first time the Ignore It And It Will Go Away strategy has been followed by the company, apparently. In December 2009, half a million bottles were recalled due to ‘visible contamination’, yet Masafi’s website news section for that period merely reports a new cranberry flavour juice. Masafi’s head of marketing told The National at the time the company would publish the results of its investigation within the week following its report (linked above) but there’s no coverage of that I can find, no mention of it on Masafi’s bug-strewn website and, shamefully, no sign that The National or any other newspaper followed up.

Given I have drunk almost nothing else for the past nineteen years, I’m quite angry. I’m a bit of a nut about water and even wash my teeth using Masafi rather than tap water. I’m rarely to be found without a 500ml bottle of the stuff on my person. I did a report on water for a magazine here once and had various waters assayed – Masafi came through as the real deal. Years later, an analytical chemist friend wouldn’t let his family touch anything else after he’d put various waters through the wringer and found Masafi to be precisely what it said on the box. I don’t trust other brands, especially those, like Aquafina, that are artifically mineralised waters from ‘public sources’ (a euphemism for ‘tap’). Masafi is a brand I have long trusted absolutely.

And yet when the chips are down and I need a little more information, perhaps a little reassurance, they’re making like the Wide Mouthed Frog.

The story appears to have been broken by Khaleej Times, back on the 23rd March. There is some irony to be enjoyed from the fact the news broke on World Water Day. KT’s report was on the back of a news story filed on the national news wire, WAM. That story starts with the classic line:

And we all know what that means, don’t we? In fact, the levels of bromate found in a single sample of Masafi from a batch produced on the 17th January were 11 micrograms per litre. The World Health Organisation recommendation for an upper limit of Bromate is ten micrograms per litre. Although there is no direct evidence that bromate is a carcinogen in humans, studies have provided enough concern that these limits have been recommended. So this really wasn’t ‘a biggie’. And yet the story has flown around the BlackBerry network and been picked up nicely by Twitter (where I came across it first, in fact), let alone the newspapers. Arguably helping the story to gain traction, Masafi’s official statement (as reported by Khaleej Times) was:

“We reassure that Masafi bottled mineral water is safe for consumption and does not pose any health risks. At Masafi, our commitment to the highest quality of our products remains our top priority for our consumers and their well-being. Our products are manufactured and packaged according to strict quality requirements.”

Rule one of issues management in communications? News expands to fill a vacuum.

In case you’re interested, and because Masafi’s not in a hurry to tell you, Bromate is formed in water when ozone purification (and some forms of chlorine purification) is used, converting naturally occuring bromine into potentially hazardous bromate. Levels of bromine are particularly high in salty water, in fact the Dead Sea is a major source of industrial production of bromine and it’s to be found in desalinated water, too. Perhaps interestingly, the UAE’s desalination plants had a serious bromate problem, which was apparently addressed, by Abu Dhabi at least, back in 2005. ( This report in Khaleej Times says levels of bromate in Abu Dhabi’s desalinated water were up to ten times WHO limits has an ADWEA official stating, “We’ve solved it” but a post on ADWEA’s own website dated 2/1/2006 talks about ‘starting work’ and ‘instituting plans’.)

Yet another example of a head in the sand communication strategy going wrong. And a truly awesome, in my humble opinion, online fail. When there’s cause for concern, however slight, today’s consumer wants more than silence, obfuscation and corporate mendacity. And we deserve it, too.

4 Responses to Masafi Water: How NOT To Handle A Crisis