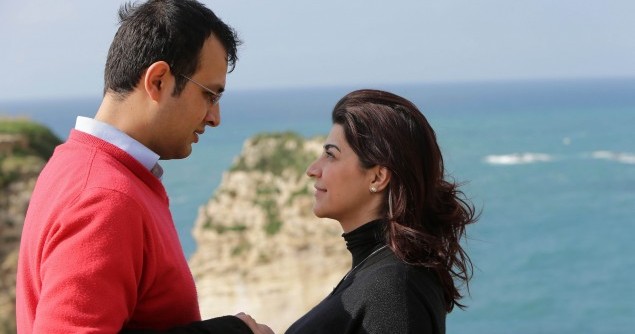 Kholoud Sukkarieh, a Sunni Lebanese woman and Nidal Darwish, a Shi’a Lebanese man, recently decided to get a civil marriage in Lebanon. As this institution doesn’t exist in the country, unsurprisingly, the Lebanese government did not recognise the civil union. But the couple succeeded in getting the attention of the country’s politicians and religious leaders. With parliamentary elections around the corner, the attention given to Sukkarieh and Darwish’s failed civil marriage attempt, might provide an opportunity to revisit Lebanon’s civil status law.

The issue is not new in Lebanon, where 18 religious sects have jurisdiction over marriage and divorce, inheritance, child custody and other aspects of a person’s life. Attempts to introduce secular marriages into the legal system date back to the 1950’s, but Sukkarieh and Darwish argue that the law already makes provision for civil marriage. With the help of legal activists, they base their claim on an interpretation of decree no. 60 of a 1936 law, which recognises and grants civil rights to people with no religious affiliation.

The bride and groom first went through an administrative procedure to strike their religion off their official records. After that and almost a year’s worth of paperwork, a notary married the couple and they submitted their marriage contract to the Interior Ministry to obtain a marriage license. While it was rejected by the Ministry of Justice, the initiative’s strong media impact is a victory in itself.

There are prominent voices in Lebanon that strongly condemn civil marriage. In fact, Lebanon’s Grand Mufti Sheikh Mohammed Rashid Qabbani issued a fatwa against it. Christian leaders refrained from major declarations, but the Higher Shi’a Council spoke out against legalising civil marriage and called for an interfaith dialogue over the issue among various sects.

This call for an interfaith dialogue of religious leaders to weigh in on a civil status matter highlights the extent to which Lebanon’s confessional system still prevails: 18 sects living and working alongside each other, with religious authorities implementing their respective laws in each community.

On the political side, Prime Minister Nagib Mikati dismissed debates over civil marriage, saying it’s “useless.” However, President of the Republic Michel Sleiman and former Prime Minister Saad Hariri have both spoken out in favour of civil marriage , a significant achievement for an issue that is not often addressed on the agenda of political leaders.

Since 2009, the Lebanese have had the option of removing their religious identity from their civil records. But so far the administrative procedure is only symbolic. It is still impossible for a citizen to exist outside the authority of a sectarian framework.

This is a major obstacle to what has been Lebanon’s biggest challenge since the country’s beginnings: nurturing a sense of national identity that would prevail over sectarian divisions, and in turn, building a real and valid social contract between the individual and the state.

As for the religious debate, imposing a religious law over all citizens, believers or not, arguably demeans the spiritual value of a religious marriage. The ceremony should be only for those who have chosen the institution out of their own free will. Otherwise, what is the meaning of faith?

It is worth noting that Sukkarieh and Darwish also married in a religious ceremony (‘katb al kitab‘) but they did not register their religious marriage with the authorities. Despite the fact that they are religious themselves, they insist on the need for a civil status law and will fight for it.

Marriage is only the tip of the iceberg in a complex and extensive sectarian system. Legalising civil marriage on Lebanese soil could be an important milestone in strengthening a Lebanese identity, helping to overcome Lebanon’s permanent fragility.

Nada Akl is a freelance journalist in Beirut.