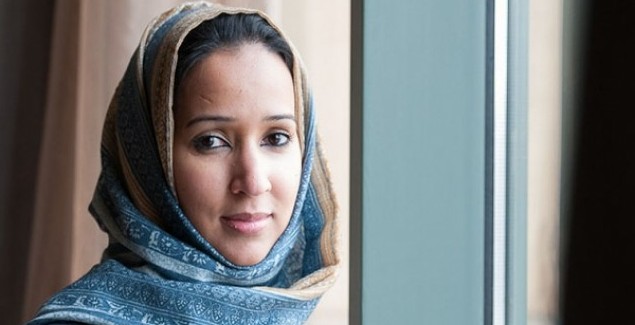 Last week Manal Al Sharif won the Vaclav Havel prize for Creative Dissent and gave a 17 minute speech at the Oslo Freedom Forum. She talked about her personal struggle and transition from extremism to becoming her own woman. She related this personal story to the historical and factual events going on around her in Saudi and abroad.

The speech was not received well in Saudi. Although no one actually denies the truth of what Manal had to say, they still opposed it. The opposition bubbles down to three main points:

1- Shhhh! Don’t let the infidels know how bad it is for women in Saudi since it represents Islam. One example of this is Hana Al Hakeem’s long rant on the Oslo speech where she concludes with

I wish that Sharif had not published our dirty laundry on the roofs of our neighbors (and I mean the status of women and not extremism), or had chosen to be more courageous, fair and objective by relating it to the rampant corruption in the country or cultural traditions or to the meekness of women in calling for their rights, or to appease the male population of the country.

2- Why didn’t Manal mention this or that. And most of these condemnations are about Bashar’s massacres in Syria and Israel’s genocide of Arabs. One such example is Manal Al Qusaibi’s piece published on Twitter where she addresses Manal Al Sharif with:

You were shaken by seeing a man throw himself from the World Trade Center but you weren’t shaken by seeing old women having their houses demolished in Palestine and seeing little child corpses ridden with bullet holes?!

3- Maybe your family oppressed you but I’m a Saudi woman and my family didn’t oppress me. And the immaturity of this contention grates on my nerves. If Manal had had an abusive family would she be where she is today? Would she have a postgraduate degree and been allowed to work and live as an independent woman?

The thing that really stands out is that most have difficulty in accepting that it’s Manal’s personal story and narrative. We’re a nation, a political entity, not clones or a family. There is no way that you can get 20 million people to think the same way nor should you want them to. And you definitely should not be raging against and calling for the imprisonment of anyone just for simply having a different experience or interpretation. Her story deserves to be told considering how much she had to sacrifice to speak up for what’s right on behalf of women who are too comfortable or too afraid to.

Then there’s the Muslim world/The West divide that many Saudis keep harping on and calling her a traitor for presenting her story to the West. There are over 7 million Muslims in the USA and in Europe there are over 53 million Muslims. Religion aside, cultural and political differences are more and more becoming vertical instead of geographical. That’s what the Arab Spring, the We are the 99, and movements like One Voice in Israel are all about. No longer is it us against them but its more and more becoming a humane intellectual just/unjust divide. So if only those spending so much time and energy opposing Manal would get with the program and instead call for transparency, law codification and the treatment of Saudi women as full citizens, there would be no more Manals to complain about.

Instead of addressing the issues she put forward, they are arguing against her very right to speak. Instead of making Saudi Arabia a better place, they waste energy on criticizing and condemning anyone who dares to tell it like it is.

2 Responses to Manal’s Speech: Three Lines of Attack by Saudis