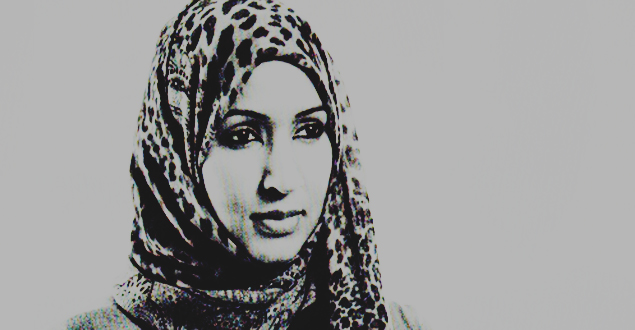 Manal Al Sharif is a Saudi woman who was courageous enough to be a face for an underground women rights movement in Saudi. You see, in Saudi there are many women and men who oppose how women are treated in Saudi, but rarely do you find someone who’s willing to come out in public and state their opposition. You can’t blame them, though, since the consequences of such a stand touch upon every aspect of a person’s life. They could lose their livelihood and be harassed by co-workers, family, neighbours and even friends.

One example of this is what happened to Dr. Madeeha Al Ajroush. When Dr. Al Ajroush first drove a car in the 1990 Nov. 6th movement, her house was raided and her number, address and the numbers of her male relatives were passed out on flyers in every mosque with the request that the readers go and “advise” her and her family on what it means to be a good Saudi woman. However that trauma did not deter Dr. Al Ajroush from again taking the wheel last summer in support of the new generation of Saudi women who protest the driving ban. This time around, Dr. Madeeha Al Ajroush lost her job because of her brave stand. Ironically the job she lost was one in a charity supposedly dedicated to women’s empowerment.

Things turned much worse when she took it a step further and decided to become the face of the movement by posting a video explaining what the campaign was about and what the people involved are calling for. She made it clear that it was not a political challenge to the government but a societal demand. She explained that June 17, 2011 would be the day that women would start to drive their own cars in order to get the average person on the street used to the sight of a woman behind the wheel. And to make her point clearer and show other women how easy it is, she went ahead before the date and posted a video of herself driving and reiterating that she is loyal to the king, but merely means to address the societal status of Saudi women.

All these assurances were to no avail. She was swiftly portrayed as a political and sectarian traitor who wants to sully the image of Saudi women on the world stage. Cleverly edited videos displaying unclear photos claiming to show Manal Al Sharif meeting with Shia clerics to plot sectarian protests went viral on the social media. Sheikhs took to their mosque podiums to condemn her, going so far as to call her promiscuous and immoral. The harassment got so intense for her and her family that some of her immediate family members moved to a neighbouring country. And of course we all know about her nine-day imprisonment for inciting women to drive among other outlandish accusations.

Fast forward to May 2012, and again Manal Al Sharif is Saudi public enemy number one. This time around it’s for accepting the Vaclav Havel Prize for Creative Dissent and giving a 17 minute speech at the Oslo Freedom Forum.

Even liberal Saudis opposed this. They claim that she is a social dissident, since what she calls for does not go so far as to challenge the validity of the government and since the women driving ban is not a codified law. Other factions of society mainly opposed her speech because they felt that it was detrimental to the image of Saudi and unrepresentative of their own experience and interpretation of historical events. It’s funny that it doesn’t occur to them that the fact that driving while female is punished in the courts with prison or lashes is much more detrimental to the image of the country than anything that Al Sharif could say. Nor does it occur to them that it does not show the country in the best light that it is perfectly legal for an eighty year-old man to marry an eleven year-old girl. Or that happily married couples can be forcefully divorced by the courts if the wife’s brothers claim that the husband comes from a lower status tribe than they do – this too might not be helpful in shaping views abroad about how the country’s judicial system is seen.

Those who oppose Manal Al Sharif and the women rights movement utilize the same rhetoric and strategies that freedom fighters do. Just in the past month, a thousand signatory petition was presented to the government entitled “We are fed up with advocates of darkness” in which they demand that the ban on women driving never be lifted, that governmental institutes implement policies that keep women at home, and that women such as Manal Al Sharif be held accountable for their westernizing ways. Not a single one of the signatories is a public figure and many come from the same family. The overwhelming majority claim to be junior high and high school students and housewives. Another campaign that was started last month called itself, “My fingerprint, My dignity” and demanded that the photo on women’s ID cards be replaced with a fingerprint, so that there could be no public or governmental record of what a female citizen looks like.

Strangely enough the rights rhetoric only extends to their own demands and never to those of others. When they call for a complete ban on women driving and that non gender-segregated work-places should be made illegal,their Alice in Wonderland rationale fails to realize that the women’s rights movement calls for the right for women to choose whether to drive and to choose whether to work outside the home, not that they should all be forced to.