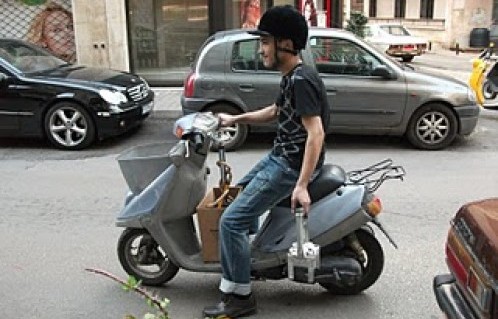 In Beirut, you just pick up the telephone and order a shisha, or so I discovered!

If crossing a street in the Lebanese capital, be extra careful when you hear a Vespa coming. Invariably, the biker is carrying lit charcoal that can easily hit your legs. I was surprised to see so many of them weaving their way through traffic, the red coals dangling from the their arm.

When I passed one stuck in traffic, I asked him what he was doing and noticed he had two shishas in a carton lodged between his legs. The young man said he was delivering shishas. And I thought they were only so popular in Dubai! 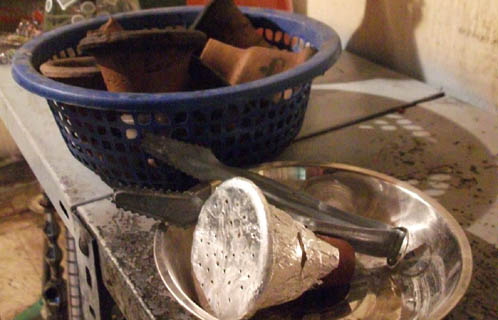 The shop he works for was close by, so I decided to go chat with the owner and find our what new form of entrepreneurship the Lebanese had created, yet again.

A shisha — also referred to as argileh, waterpipe, hubble-bubble or hookah — is a glass-based vase-like instrument for smoking. The smoke is cooled by water and inhaled through a hose. A head, or a clay bowl, usually made out of clay or marble, holds the coal and tobacco. The bowl is loaded with tobacco then covered with a small piece of perforated aluminum foil. Lit coals are then placed on top, which allows the tobacco to heat to the proper temperature. 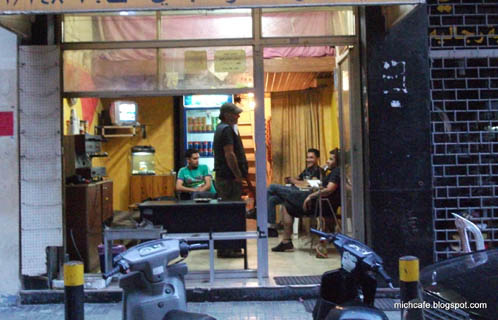 When Mohammad al-Ahmad noticed there was a demand for shisha delivery, he decided to try his hand at this business. With an investment of $500, he found and rented small premises off main Hamra Street and was ready to start.

Mohammad keeps it simple. “If it’s too fancy, then my friends, and customers, will want to come and smoke here,” he says. So, he adds, “it isn’t a café, it’s a delivery business.” Nevertheless, friends and neighbors Yaser and Imad were sitting around. He has a Vespa, of course, and the orders are delivered by Mohammad al-Juma’a, his biker and helper.

Mohammad set up the mankal (traditional charcoal burner) outside the shop to light the charcoal. A backroom holds the shishas, the hoses hang from a nail on the wall, and the heads and tobacco are ready. That’s all he needs.

He opens from noon till 11 p.m., but Mohammad says the busiest time for deliveries is between 7-to-10 p.m. His customers are mainly furnished flats residents, hotel guests, shop owners and employees, in addition to establishment security guards and parking attendants. He estimates that he makes about 40-to-50 deliveries per day.

While taking photos, and having a close look at the setup, friends were dropping by, as they always do here in Lebanon. And everyone participated in the discussion. You can join us in the pictures.

The shop has a coffee machine, and I was kindly offered an excellent cup in traditional Arab hospitality. There’s a fridge with soft drinks, a TV, and a small fish tank.

Mohammad gets his mu’assal (honeyed), the syrupy tobacco mixed with honey and molasses from Egypt and the UAE through Za’im, a major Lebanese distributor.

He offers different mu’assal flavors, including apple, lemon, mint, strawberry, mixed fruits, rose and grape. He has some ajami, referred to as tambak, but it is less popular and more expensive at LL 5000 per shisha.

Mohammad said his most popular mu’assal is the tuffahtain (the apple mix) and the 3enab (grapes).

The phone started to ring and I got my cue to leave as another shisha delivery got on its way. On the way back home, I was shaking my head in admiration at the imagination and enterprise one constantly comes across in Lebanon.