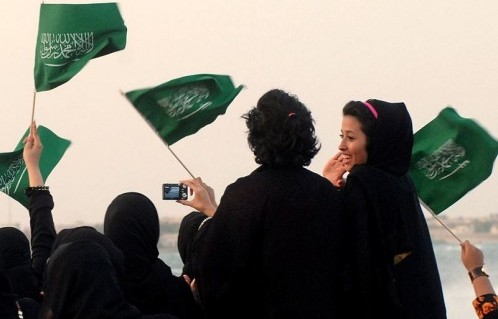 Do Saudi women have their full suite of human rights? I think the answer is pretty clearly, ‘No!’ How short they fall, though, depends on just who you ask.

Those asked that question in this Arab News article answer in a variety of ways, from ‘almost there’ to ‘not even close’. The biggest issue is that Saudi women are still considered incompetent to handle their own lives and affairs. Some male guardian is still necessary to provide permission for a whole array of what most of the world considers ordinary matters.

The women note that government has made gestures toward improving the status of women, but that the whole of society needs to get behind the issue. While, for example, the government retracted its ban on women staying alone in hotels, the hoteliers (or their staff) still give women a hard time, sometimes just refusing their requests.

I don’t think that Saudi women can wait for enlightened males to give them their rights. The women are going to have to find ways to force the issue.

Note that none of the women interviewed here put driving or having to wear an abaya or hijab on their list of things to do. Those are not their major concerns. Being treated as adults is.

RIYADH: On March 8 the world celebrated International Women’s day. Some women across the world either expressed satisfaction at achieving some or all of their rights whereas others expressed aspirations to achieve them. It became clear that women are still demanding their rights and expecting to seem them materialize.

Celebrations within the Kingdom were rather humble and took the form of women simply stating the achievements of Saudi women. The question, however, remains whether Saudi women have actually achieved their rights or at the least some of them.

According to Thurya Abed Sheikh, a PhD holder, founding member of the National Society for Human Rights and vice president of the Al-Wafa Philanthropic Society for Women, Saudi women have “almost” achieved their rights.