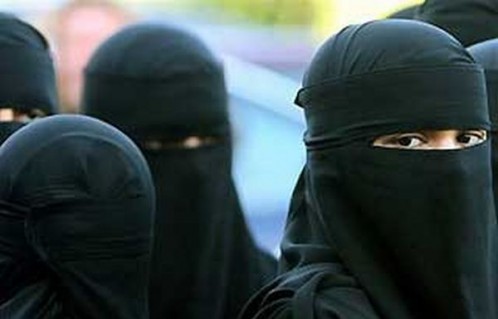 In Saudi Arabia rape victims or their families seldom report the crime. They want to guard the family honor. But what happens to the victims? Girls who have lost their virginity will be regarded as worthless and without a future. Counseling for the victims will have to be forgone in place of saving family honor. There has been a spree of brutal child rapes in Jeddah, as well as a serial rapist, but many families will not report the crime. This hiding of rape crime will only serve to support the rapists and make them feel safe to commit more crimes.

The police have investigated a man accused of abducting and raping at least 13 and possibly as many as 16 girls, at least one as young as eight, in a series of sex crimes going back to 2008. The man, whose name has been published in some of the Arabic press, has been identified as a schoolteacher and a married father of five children.

Police say DNA evidence, testimony from the victims that unanimously identify him, and several victims’ testimony that identify the prime suspect’s home where most or all of the rapes took place all link him to the crimes. It is believed the man took his family to a rest-house — a common location for vacationing or traveling Saudi families — and then made up reasons why he had to return to Jeddah, where he allegedly stalked and abducted his prey and took his victims to his home to commit the sexual assaults before releasing them.

The mother of a rape victim told Arab News on the condition of anonymity of the pain she went through when her daughter was raped.

“I was with my kids shopping in a major store in Jeddah. I left my children in the children’s playground at the center. I discovered later that my eight-year-old daughter had gone missing,” she said. “I knew my daughter had been kidnapped because there was no sign of her inside the shopping center,” the mother said in tears. “I eventually found my daughter outside the mall in a very bad condition. She was brutally raped and had lost a lot of blood. She was in a terrible mental condition and in total shock.”

She said the father refused to report the incident to police because he did not want people to talk about his daughter and was ashamed of what had happened. Eventually, the family moved to another neighborhood.
The mother said her daughter suffered a lot and became withdrawn, adding that she was not sleeping properly, refused to play with children and was crying all the time. Her father started to hate her and treat her badly, sometimes wishing that she was dead, she added.

Hanadi, nine, is another victim of rape and her family refused to report the case to police. An overstayer lured her daughter to an abandoned house when she was on her way home from school. With the help of another man, he brutally raped the girl.
“My daughter managed to crawl for 400 meters before she reached home. She was bleeding and in shock,” said her mother.
“Her father refused to report the case to police to avoid shame and scandal. In his opinion, reporting the attack would damage the family reputation. We moved to another town and her father always sees Hanadi as a girl with no future.”

Sarah, one of the Jeddah rapist’s victims, was found  six months ago in an abandoned area after she was attacked. She suffered from psychological problems because of what happened to her. Her family refused to report the case but later relented when many others came forward to report similar attacks.

“We are from a known family and reporting such an incident might have damaged our reputation. My husband is working in a prominent position. We had the best opportunity to come forward when we found many other victims also reporting they had been attacked,” said Sarah’s mother.

Dr. Marwa Abdulal, a psychiatrist at a Jeddah hospital, said such attacks on children are considered extremely heinous crimes that destroy the lives of victims and their families. The children will live in fear and they will suffer from psychological problems for a long time, she said, adding that victims may become criminals themselves in the future.

One Response to Jeddah Rapist Wreaks Horror on Children