Jack Daniels In Arabia: No Thank You 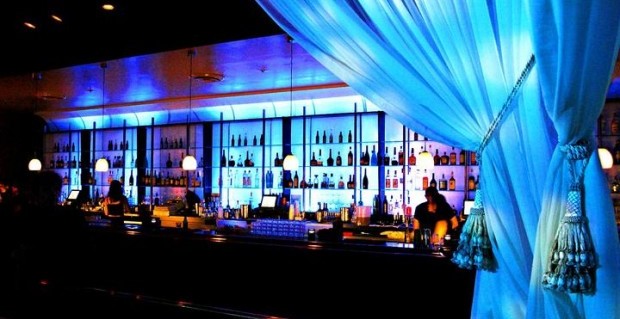 About six months after arriving in the Gulf, still smitten with the euphoria of being a stranger in an even ‘stranger’ land, I decided to take my family for an outing at the massive auburn red, Tsunami like dunes which lined Airport Road. Less than a kilometer from my house, it appeared an easy alternative to driving to the nearest community playground, which after a long and tiring day, would seemed an unnecessary extravaganza through my red eyed fatigue.

While the girls were content to build castles with clumps of sand mixed with dirt among the scrubs with their plastic buckets and pails at the base of the dunes, my two boys braved the ever drifting incline to the top of their fragile peaks. They danced carelessly along the ridge as I would (if their age); hiking along it and taking awe at the majesty of the view of the desert beyond. I shouted after them to stay near but the sand and wind ate my pleas. I followed them, trudging up the slope dutifully; amazed at how much like snow it was.

When I reached the summit, I saw it; the tale-tell evidence of its presence scattered like ancient relics of a looted archeological find at the foot of the dune on the other side: The aftermath of one very large celebration despoiling what would have been pristine desert.

Curious, the boys had noticed the camp site and went down the dune for a look before I could caution them to stay clear.

“Wow,” exclaimed the older of the two: “they really had a party down here.”

“What’s it say?” asked my youngest son pointing to a half buried fragment. His older brother lifted out it of the sand but before he could dust off the label and read it, I knew from its shape and color what it was.

“Jack Daniels,” I told them.

In many countries in the Gulf alcohol is sold at international hotels; the duty free shops and at the airports.  I have ran into more than one well-to-do Arab who claimed to an alumni of the Betty Ford Clinic. Though only non- Muslim expats can buy alcohol and pork with a special permit in most of the GCC, the system isn’t fool proof.

When traveling, I have seen more than one non-expat enjoying a pint of Heineken or spotted a vacationing one (bound for a place that allows drinking) sticking a case of Red Label from the duty free shop where the carrying on luggage should be.

Regardless of the rule of law, with a little cash and few discreet inquiries in any country, you can get literally anything you want.

Some expats think this is a good thing— after all, what’s the harm?

You can be sure that more than one auto fatality or homicide can trace its cause to a drinking — though the official record may not acknowledge it. Alcohol has not only the reputation of being a ‘gateway’ drug, but the most damaging of all so called ‘recreational drugs’ in terms of its physical and psychological effects to the individual and society. Examples can be found in most places in the west.

If you don’t believe it, check the numerous pictures of vital organs on the net taken from dead alcoholics (make sure you do it on an empty stomach) or stop by an AA meeting and listen to some drunk’s hard luck story of how he  lost his family because of it.

Maybe they haven’t seen an alcoholic American Indian begging for change in downtown Denver; read the Mickey Mantle Story (another Betty Ford Grad) or seen the tell tale signs of fetal alcohol syndrome on the face of a severely retarded child. In the average neighborhood in the west, there are more bars and pubs than churches, temples and masjids.

Prohibition in the US wasn’t wrong. It just didn’t work.