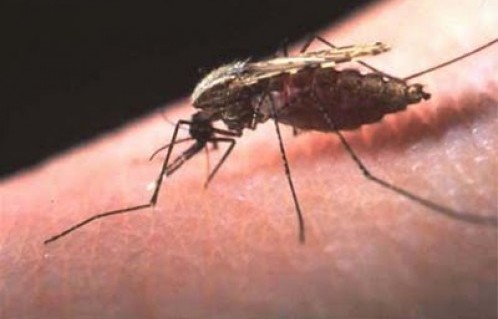 Malaria had not been a major issue in Morocco for decades. The very limited risk was only in rural areas of Chefchaouen Province and the risk deemed so small that the taking of anti-malarial drugs was not recommended.
Now Roll Back Malaria and the UN World Health Organisation have certified that Morocco is malaria-free. Two other nations, Turkmenistan and the United Arab Emirates – were also certified.

Roll Back Malaria (RBM) is the world’s lead organisation in the fight against the disease and was set up in 1998 by three UN agencies and the World Bank. It now has more than 500 “partner” organisations which coordinate work and pool expertise.

Global deaths from malaria have fallen by a fifth over the past decade, reflecting an influx of funds to fight the disease with better drugs and mosquito nets. Mortality from malaria in 2009 was 781,000, compared with 984,000 in 2000.

“This dramatic rise in funding helped transform the malaria landscape, making universal coverage with proven interventions an achievable goal for many countries,” said a RBM report, ‘A Decade of Partnership and Results.’

Big donors who appeared on the scene included the Global Fund to Fight AIDS, Tuberculosis and Malaria and the Bill and Melinda Gates Foundation.

In a press release, it claimed a 38-percent reduction in deaths over the decade, a figure based on world population growth and what would have happened if the mortality trend in 2000 had been maintained to 2009 without anti-malaria intervention.

Around 80 percent of all malaria cases and more than 90 percent of malaria deaths occur in sub-Saharan Africa, where the disease also costs around 12 billion dollars annually in lost output.

So far, enough insecticide-treated nets have been distributed to cover nearly 80 percent of Africa’s population at risk.

In more good news, Artemisinin, the drug derived from a Chinese plant, which in 2006 became the recommended malarial treatment by the World Health Organisation, continues to be extremely effective. Artemisinin replaced medications such as Chloroquine, that had run into resistance by the parasite that causes the disease.

The drug has a fascinating history and one that makes you ponder why the West has been so slow to embrace traditional medicines. Artemisia has been used by Chinese herbalists for more than a thousand years in the treatment of many illnesses, such as skin diseases and malaria. The earliest record dates back to 200 BC, in the “Fifty-two Prescriptions” unearthed from the Mawangdui Han Dynasty Tombs. Its antimalarial application was first described in Zhouhou Beiji Fang (“The Handbook of Prescriptions for Emergencies”), edited in the middle of the fourth century by Ge Hong.