“It is Difficult to Kill When You Know The ‘Other'” 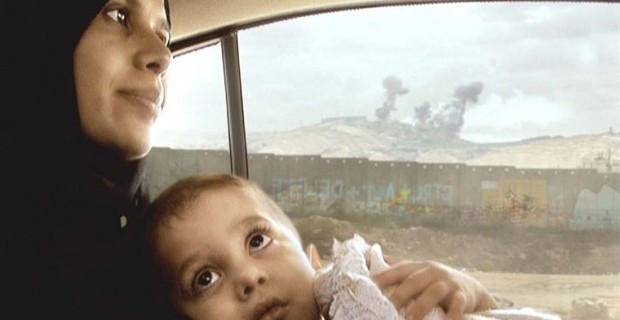 Dr Raz Somech is one of the main figures in the deeply moving documentary Precious Life which was nominated for an Academy Award in 2011 and serves as a powerful image of hope in the Israeli-Palestinian conflict.

In 2008, a four month-old baby from Gaza, Mohammed Abu Mustafa, came to the paediatric unit Dr Somech heads in a large Tel Aviv hospital. The baby was suffering from a genetic disease and needed a bone marrow transplant. This is how a saga that is at once political and profoundly human began.

In the film Precious Life, we meet Raida, Mohammed’s mother, who at the beginning of this journey had hoped that her son would become a martyr. It also follows Shlomi Eldar, the Israeli television journalist who led the campaign to raise the money needed for the transplant and directed the film, even as he expressed doubts about whether it was right to have gotten himself involved. More than anything, the film illustrates the personal contradictions that their occupations impose on the lives of all these individuals. A few weeks after the transplant, Dr Somech was mobilised as a reserve officer to serve in Operation Cast Lead (the military operation in Gaza in 2008). During his military service, he hoped that no harm would come to Mohammed’s family.

As the film ends, and Mohammed’s life is saved, a deeply human relationship emerges between the protagonists of the story, showing the possibility of overcoming political differences to concentrate on the most important issue: how do we want to live together?

I met with Raz Somech in Geneva last November at an event organised by the Swiss Association of the Friends of Doctor Korzcak, an NGO dedicated to children’s rights and created in memory of Janusz Korzcak, a teacher and doctor who headed an orphanage in Poland and who died in the Holocaust. This event gave me the opportunity to hear more about his experiences and about Precious Life.

How did you experience this story with Mohammed?

Raz Somech: We can read it simply as a story: a team in a hospital attempts to save a boy’s life and manages to do so. And in doing so, they succeed in changing a Palestinian family’s view of Jews, even if just a little. We can also see a reflection of the conflict in the transplant. In medical terms, the body receiving the transplant is engaged in a real battle with the transplanted organ. It’s a bloody battle that could result in the transplant being rejected. The medical team is committed to making sure that the recipient tolerates and accepts the transplanted organ, which will allow him to survive. The same holds true for Palestinians and Israelis. We can only survive together.

Are you still in touch with Mohammed and his family?

Somech: Yes. He comes to the hospital every three or four months for a check-up. I’ve seen his mother, Raida, evolve. She was ready for her son to sacrifice himself as a martyr one day. Now she wants him to live. She has seen that there is another face to Israel besides that of soldiers. It is difficult to kill when you know the “other”. We can’t change the political reality, but each one of us can have an impact on the world around us and that’s already good.

How do you manage to work with Gazans?

Somech: It’s complicated, and not just because of the checkpoints. Hamas doesn’t recognise Israel and, for Israeli authorities, Hamas is a terrorist organisation. So the Palestinian Authority must be the conduit for all the administrative aspects relating to the transfer of patients. That said, I have direct contact with Palestinian doctors in Gaza, which sometimes helps move things forward in certain situations.

Is Mohammed a rare case?

Somech: No, there are other Mohammeds who come from Gaza and the West Bank and are treated in Israeli hospitals. Today, fifteen per cent of my beds are occupied by Palestinian children. I would like there to be more of them. Palestinian families would see another Israel. But it’s complicated. When a family comes from Gaza, the Palestinian Minister of Health in Ramallah approves the transfer and releases the funds to cover the costs of care. When we can, and if we have the necessary money, we contribute towards the payment. That’s also the reason I came to Geneva and Europe [to raise funds for these programmes] – so that we can save other Mohammeds.