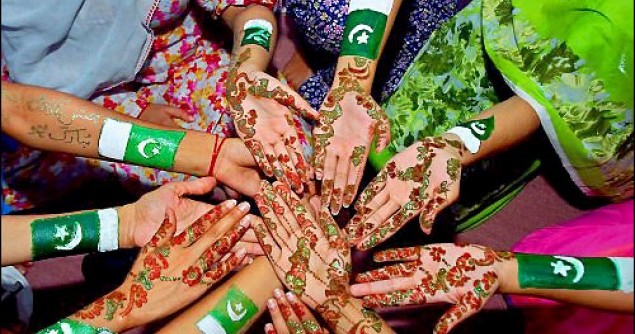 My interest in Pakistan and its people didn’t start with politics. Although Pakistan was far away from my Jewish American experience, from the few encounters I had with Pakistani people, I must have instinctively identified – or projected – notions I thought I recognised: Like Israelis and Jews, Pakistanis are also a people with a new country, born of turmoil and trauma (around the same time as Israel) and still under construction. Like Jews living in the diaspora, I gathered that Pakistanis abroad also care passionately about the place where they are not, and struggle to reconcile multiple identities. Their country appeared to me to be a place of contradictions that can perhaps best be described though an epic kaleidoscope fusing history and fantasy.

Then there was the Pakistan depicted in the news. At some points during the 1990s, Pakistan came across as a country of stylish, modern Muslim political leaders with putatively democratic intentions, who were sometimes steeped in accusations of corruption. Then for about a decade following 2001, Western media typically focused on Pakistan as a nuclear-armed hotbed of religious extremism. It was never clear to me who truly held power, and the state often seemed to be on the verge of disaster – or embroiled in it.

I confess that my knowledge ends there. But the fascination remains.

So when an American colleague told me that two liberal Pakistanis were interested in establishing contact with like-minded Israelis such as those from +972 Magazine, the liberal, independent blog where I write, I jumped at the opportunity.

These two Pakistanis, who both live in the West, have provided me with a new window on their country. One is a United States-based scholar of religious fundamentalism. Another is one of the founders, editors and writers of a liberal, independent blog called Let Us Build Pakistan (LUBP).

From our first conversation, I felt we understood each other; surely in part because we felt like peers, who were similarly engaged and passionate about the public affairs of each country. Our conversations have the broad goal of learning more about one another’s political, social and cultural realities, and possibly sharing those realities with our readers through our blogs. Geographically scattered, we have met only on Skype.

Yet even this limited channel allows me to pursue a more nuanced mapping of the socio-political environment of Pakistan than mainstream Western media offer. I find it refreshing to speak with like-minded people facing similar challenges in the country they are trying to build.

For example, we are both critical of state policies we believe to be destructive. But our young societies often react to such criticism defensively. We are commonly treated with suspicion or even hostility by the political and social establishment – which perpetuates those very policies.

Another realisation was that all of us are deeply troubled by the alliance of religious extremists with the military establishment and political leaders in Pakistan, a phenomenon which is unfortunately familiar for me: this is precisely how Israel has established and entrenched the occupation of Palestinian territory since 1967. To this day, Israel’s justification of the Occupation rests on a mixture of security concerns, religious grounds, and the notion that the internal political costs of concession are too high for Israeli leaders.

The struggle against state-reinforced militarism is another towering issue for my Pakistani colleagues, just as the entrenched militarism of Israeli life is an on-going source of sadness for me.

My Pakistani colleagues feel that mainstream international media has not sufficiently covered human rights abuses in Pakistan, such as the worsening assault on the Shia population, bemoaned by many Pakistanis. Similarly, we at +972 Magazine felt that crucial topics about the Occupation and other aspects of life in Israel were not being covered due to commercial or political unpopularity.

Nonetheless, despite all these shared troubles, our conversations have made me optimistic.

Ultimately it is our mutual commitment to universal values – human rights, democracy and freedom of expression – that has brought us all together. We are learning from each other about the role these values can play in addressing the separate challenges we face.

Beyond these universal values, I also harbour a certain hope in regards to the Israeli-Palestinian conflict. After a fresh phase of horrific faith-based violence, relations between at least parts of the Muslim world and the West seem to be at a precipice. Israel – and its relationship to Palestine – is so often the epicentre. At such a time, I feel that every constructive human connection counts.

Dahlia Scheindlin is an independent public opinion researcher and political strategist, as well as a doctoral candidate and lecturer at Tel Aviv University. She blogs at +972 Magazine.