Israel Backs Itself Into Dangerous Cul-De-Sac 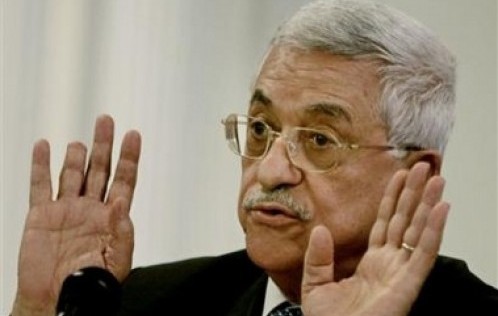 If there was a moment defining the shift in Israel’s strategic position over the past year, it occurred in September when the Israeli embassy in Cairo was overrun by hundreds of Egyptian protesters, some armed with sledgehammers. A military plane, waiting across town, smuggled the ambassador and his family back to Israel.

It was not quite the fall of Saigon. But it indicated how in a few months Israel had gone from a state adept at shaping its regional environment to one increasingly buffeted by forces beyond its control. After decades of dictating to its Arab neighbors, Israel looked for the first time confused and vulnerable.

The primary cause of Israel’s discomfort is the Arab Spring, the tentative awakening of democratic forces in the Middle East. After the fall of dictators in Tunisia and Egypt, the region’s autocrats have been forced for the first time to weigh the mood of their own peoples against the threats emanating from Israel and its superpower backer, the United States.

Nowhere is the change more obvious than in Israel’s relations with the Palestinians. The past year has seen a dramatic reconfiguration of power between three elements of the Palestinian national movement.

March saw a groundswell of popular activism in the occupied territories, especially among the youth, demanding unity from divided Palestinian leadership. The protests forced the two leading factions, Fatah and Hamas, into an uncomfortable reconciliation in early May. The incident indicated how quickly, in different circumstances, the gains from Israel’s long-standing divide-and-rule policy might unravel.

The point was reinforced by a brief revolt by Palestinian refugees in May, on the anniversary of the Nakba, or the catastrophe of 1948 that came with the establishment of Israel on the Palestinian homeland. Hundreds of refugees stormed the border fences in Lebanon and Syria that for six decades served to bar them from reclaiming their family lands and homes. Israeli soldiers fired on the crowds, killing more than a dozen on that occasion, and at least another 20 in a repeat clash in the Golan Heights a few weeks later.

The millions of refugees – the largest and potentially most significant constituency in the Palestinian national movement – have been effectively shut out of peace efforts for two decades. One of Israel’s major aims in advancing the Oslo peace process was to sideline the refugees through the neutering of the PLO, which represents all Palestinians, and the promotion instead of the Palestinian Authority (PA), a weak government-in-waiting in the occupied territories that represents a minority of Palestinians.

With the usual constraints imposed by their Arab regime hosts loosened by the Arab Spring, the refugees reminded Israel and the world that their silence could not be taken for granted.

And then in late September, in a rare act of defiance against Israel and the US, Mahmoud Abbas, president of the PA, broke free of the confines of endless peace negotiations and applied for statehood at the United Nations. Promises by the US to block the application in the Security Council served only to underline Washington’s duplicitous role as “honest broker.”

One should not be too wide-eyed about Abbas’s role. He appeared to approach this new high-risk strategy with a heavy heart, aware that the PA’s survival depends on US and Israeli support. But with an electoral mandate well past its sell-by date and nothing to show for years of servile diplomacy, Abbas desperately needed to bolster his public standing.

Whatever Abbas’s motives, the move to the UN radically alters the parameters of the conflict for both the Palestinians and Israelis.

Israel has been only too happy to perform a pointless tango with the Palestinians on the diplomatic front while it encouraged its settlers to entrench their hold on the West Bank and East Jerusalem, gutting any chance of the Palestinian state that was ostensibly being negotiated.

Now Abbas has called Israel’s bluff, revealing Oslo to be nothing more than a stalling tactic. Israel and the US must quickly reinvent the peace process – or be exposed as charlatans. That will be no simple task.

The Palestinian leadership meanwhile has set for itself a goal that it appears to have no power to realize. Achievements toward statehood will remain stuck at the symbolic level, with the infrastructure of occupation still in place. The PA, already deeply compromised, has every incentive to conspire in the new charade being concocted by the Palestinians’ oppressors.

Where Israel and the Palestinians head next will be determined equally by developments inside the Palestinian national movement and by the interests of the region’s main players.

Soon to be shorn of the distracting illusion of statehood, the frustrated populations of the West Bank and Gaza, as well as the refugees outside the territories, may be expected to take firmer control of the liberation struggle. Israel is already braced for mass nonviolent demonstrations its security forces – armed for warfare – have no reasonable means to confront. The protests could rapidly escalate into an antiapartheid movement, one whose message is directed at an international community exasperated with Israel.

Similarly worrying for Israel is the threat that the Palestinian leadership, its legitimacy waning, might unsheathe its ultimate weapon – what Israelis term “lawfare,” or actively pursuing Israel for war crimes though global bodies such as the International Criminal Court.

Palestinian campaigns for legal redress and popular demonstrations of nonviolent resistance, as well as Israel’s expected repressive responses, will occur in a region more actively supportive of the Palestinian cause than ever.

The refusal by Israel and the US to concede a Palestinian state is infuriating the most powerful states in the Middle East, worried that the festering Palestinian sore will only further inflame a region still reeling from the tremors of the Arab awakening.

Saudi Arabia, the oil kingdom whose fabulous wealth has bought it significant sway with Washington, threw down the gauntlet in September. Prince Turki al-Faisal, former head of the Saudi intelligence services, wrote a scathing op-ed in the New York Times warning that a US veto on Palestinian statehood would end the “special relationship” and make the US “toxic” in the Arab world.

Egypt, the mightiest Arab state, has started to undermine Israel’s blockade of Gaza and is threatening to renegotiate the two countries’ 1979 peace agreement. In October, in a sign of a new independence to its foreign policy, Cairo began air patrols over the Sinai without Israel’s consent.

Likewise Turkey, traditionally a key military ally in the Middle East, has very publicly fallen out with Israel over its killing of nine Turkish civilians aboard an aid flotilla to Gaza in May 2010. Turkey’s prime minister, Recep Erdogan, traveled to Egypt in September to underscore the interests shared by the two countries in isolating Israel.

By making common cause against Israel along with Israel’s main regional foe, Iran, Cairo and Ankara hope to push Israel into making major concessions toward the Palestinians.

Israel, addicted to its own inflexibility, needs a way out of its box. In recent months a batch of outgoing security chiefs, led by the Mossad’s Meir Dagan, have publicly warned that prime minister Benjamin Netanyahu and his defense minister, Ehud Barak, are bent on attacking Iran. The strategic cul-de-sac Israel now finds itself in may add significant impetus toward such a catastrophic move.