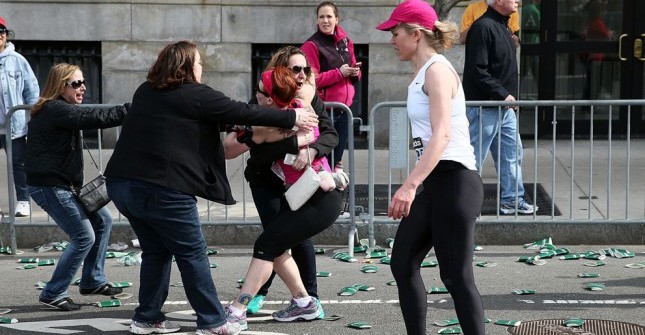 Like all parents, Muslim parents have their fair share of do’s and don’ts for their children. Unlike most parents though, terrorism and how to handle its misguided association with Islam figures in some of our talks.

In the wake of the Boston bombings and given that one of the suspects was only a few years older than my own boy, the need for us to talk with Yousuf took on even greater urgency. Conversations usually begin with “most Americans recognise that not all Muslims are violent just because a few are,” and progress to “but I still don’t want you to talk about bombs, guns or shooting, even if it’s a game you’re discussing”.

These are tough conversations to have with an 11-year old, but they’re discussions we cannot avoid. As Muslim parents, we recognise just how vulnerable our children are.

The harder conversations go something like this: “If you are harassed or teased and called a terrorist, tell a teacher.” When my 11-year old insists that is tattling, I explain that even if it makes him look weak, it’s wiser to tell a teacher than to navigate these waters alone. I don’t want him to get into a potential argument because there’s a chance it could escalate. Best-case scenario, my child could put up a brave front, maybe while fighting back tears. Worst-case he could push back and end up suspended.

Like the rest of the nation, I feel such regret and sadness that the Boston bombing suspects, both well-liked seemingly well-integrated young men, came to be so terribly misled. As a parent, I also recognise the agony their mother and father must have felt, watching helplessly, from thousands of miles away, as their children were hunted and gunned down.

As much as I fear I will alarm him with talk of the bombings in Boston, I take on the subject. “If there are Muslims who try to tell you it’s okay to be violent, remember what your parents have taught you. In Islam, war is between militaries alone – no civilians, women, children, schools, hospitals and other civic amenities can be targets.”

A pre-teen, my son actually listens to me and shares his thoughts and concerns. Shielding him from these difficult discussions today may mean losing an opportunity to imprint the idea that, in Islam, taking an innocent life is tantamount to killing all of humanity. Not talking about this may mean throwing away a chance to warn my child that he needs to be conscious of those who may try to lead him astray.

I talk about how terrible the bombings have been for the victims and their families. “If you, as you grow older, have issues with the policies of any nation or differences of opinion, civic involvement is the way to change the status quo, not violence,” I drill into his young mind. I reiterate that there are acceptable and unacceptable ways to address issues and differences of opinions, violence not being an option.

I fear there may be a time when we aren’t there to be a sounding board for our kids. As my son takes in every word, I quietly hope I’m not scaring him.

Frustrated, my son asks, “Why do some Muslims have to go and mess it up for the rest of us?” “Because, somehow, they’ve come to believe that their actions are justified,” I respond. “But they aren’t,” I am quick to add.

But there is more on my mind that I don’t bring up. I don’t get into a tirade about how the media ties this crime to our faith or calls it a return to terrorism to US shores. What about the Sandy Hook murderer who opened fire on little children? Deemed mentally ill, no ties were drawn to an ideology for his actions. Or the white supremacist, who shot and killed six people at a Sikh temple in Oak Creek, Wisconsin? He was not considered a terrorist by the media. Why are only Muslim suspects’ and criminals’ actions automatically motivated by faith?

These thoughts aren’t far from my mind, but I don’t need to add that kind of baggage to this conversation with my 11-year old. He has enough on his plate.

Naazish YarKhan is a writer, publicist and communications strategist in the Chicago area.

One Response to Islam & Terror: ‘Conversations With My Young, Muslim Son’