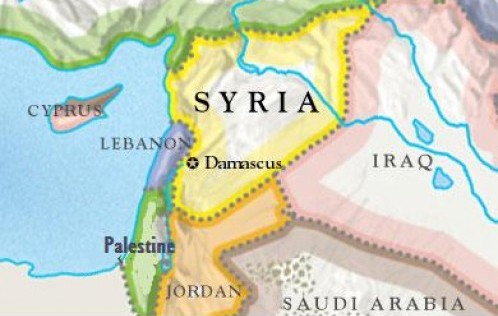 Here are Linda Baily’s observations on Palestine. As the article makes clear, one of Linda’s major concerns, and that of the organisation she works with, is the dwindling Christian presence in the Occupied Territories.

The reason I have been able to be in Palestine for three months as part of the ecumenical accompanier program in Palestine and Israel (EAPPI) is because in 2002 the heads of the Churches in Jerusalem called for an international presence in the Occupied Territories. The EAPPI is the World Council of Churches response to that plea and my group, Team 41, has 32 people in it, aged 25 to 72, from 14 different countries and we are based in seven places throughout the West Bank and East Jerusalem.

Our mission is to be a protective presence to vulnerable communities, living alongside them, to monitor and to report human rights abuses we witness; we support and work with Israeli and Palestinians towards a just peace. Palestinian Christians welcome our presence and we participate and support Churches and Christian Communities.

I met with a young couple to discuss the difficulties that they had experienced being Christian in a mainly Muslim city. Rula and Sammi are young, articulate and committed Christians in Nablus, a city with a population of 250,000 of which 600 are Christian. They use to live in Haifa in Israel, Rula and their children are Israeli citizens, but Sammi as a Palestinian, had to constantly renew his work permit to enable them to live together. The Israeli authorities do not distinguish between Muslims and Christians, they are just Arabs, but in Nablus although they are a minority they are invited to participate in the development of the city. Sammi told me that until recently there was always a Christian on the council and a Catholic Priest was appointed by President Abbas to be one of fifteen trustees at the university. The local Anglican priest holds a meeting once a month with thirty five Imams, not to discuss religion but the problems that affect all of them – to talk. He also organised a trip with them to Hebron to visit the Tomb of the Patriarchs and then the Church of the Nativity.

The coming together of different faiths is also evident between the different Christian denominations, Sammi is an Anglican but one brother is a Roman Catholic and one an Orthodox Christian, they have a successful Sunday school in the Anglican church, but all the teachers are Orthodox, “Children hear different stories, but they can believe and they can decide, we are all Christians together”. For three years they have run a summer camp for children, with 20 each of Christians, Muslims and Samaritans, trying to prevent children growing up as strangers to one another.

Sammi had recently returned with Father Ibrahim from a conference in Jordan discussing the plight of Christians in the Middle East. No one from Syria was able to attend and Sammi expressed their concerns, “Here Muslims and Christians suffer together, but we do not know if they (Christians in Syria) are suffering with others or alone”. They have tried to send financial help, the widows mite springs to mind!

He also worries about what will happen in Jordan when or if the King leaves, what is happening in the Arab world may not be good for minorities, Christians included. They discussed what can be done about the number of Christians leaving Palestine, the reason they are leaving has nothing to do with the Muslims, it is the occupation which is making them leave. Canada is funding a project to link communities between the two countries together. Sammi declared, “The occupation is my enemy, not the Jews, not Israel, we need to work with the good people”.

Coming back to the West Bank they had to pass through an Israeli check point, all the others on the road passed straight through with minimal fuss, Sammi and Father Ibrahim waited two hours for someone to look in their bags.

I asked Rula and Sammi about the UN bid to have Palestine declared an independent State, a question I have asked many people while I have been here. Some welcome the idea while others say a two state solution is impossible and yet others that there will be no change as Palestine is dependent on Israel for its infrastructure. This time I received a new answer, “Palestine will have its own state, but on its own it cannot stand up. It cannot be separated from Israel or even from Jordan, one cannot live without the other, maybe there should be a federation of States”.

Sammi asked what right the countries who voted “No” had. To Germany,( who voted no), he asked, “Why do we pay the price for what you did?”

“Israel can negotiate forever, the longer it takes the more land they cease. You are giving them the time, you should border the time – tell them, you have one year and then we will vote “Yes”. Prime Minister Netanyahu and foreign minister Leiberman are good for Palestine as they show the true face of Israel to the world.”

I asked Rula as an Israeli citizen what she and other Jewish Israelis thought about the settlements. She replied, “The settlers are eating the Israeli economy. Many people in Israel hate the settlers and the cost, also that some do not work and do not serve in the military. But you do not speak of this openly”.

Sammi and Rula are two of the “living stones” in the holy land. Many, many Christians come here to visit the holy sites, the holy stones, but ignore the plight of those who are trying to keep Christianity alive in the place of its birth. The Christians in the West need to pray for and visit these communities, to support them in their struggle to keep the light of faith alive here. If you do visit, you will find as I and others have, that you are welcomed with Palestinian generosity and hospitality.

If we abandon them we will all carry the responsibility of having turned off the light when the last Christian leaves.

There are plenty of opportunities for people to turn against each other both in Israel and the Occupied Territiories on political, ethnic and religious grounds. Linda’s article shows a more complex and subtle sample of opinions than often come across in the strident messages from domestic and international stakeholders.

Within the larger region once known as the Levant – Lebanon, Syria, Jordan, Palestine and Israel – it is easy to see a big picture in terms of three faiths – Islam, Christianity and Judaism. But those who live there know that outsiders often fail to consider the rich tapestry of variances in belief. Within the mainstream faiths, Sunni, Shia, Sufi, Christian Orthodox, Catholic, Armenian, Coptic, Judaic Orthodox and Secular. And rooted in the Abrahamic faiths, yet sometimes condemned as heretics by one faith or another, Druze, Bahai, Samaritan, Ismaili and Alawite to name a few.

Just as the extinction of a species diminishes our biosphere, so the snuffing out of human diversity diminishes humanity. Species die of their own accord, as do languages and faiths. But do we want to live in a world divided into regions where everyone shares the same belief and nobody is willing to act according to their individual conscience?

The Levant is a human rainforest. What makes it precious is three thousand years of races, cultures and faiths intermingling, evolving, arguing, learning and adapting together. If it loses that diversity, it will become a human desert, devoid of individuality and stunted in its ability to create and innovate.

In my view, this is why it is important that the Christian faith survives and prospers in Palestine, that Copts live peacefully alongside Muslims in Egypt, that Sunni and Shia respect each other and that Jews continue to share the holy places of Jerusalem with Christians and Muslims.

Unless the politicians of the region start acting in the interests of all of its citizens regardless of boundaries, human diversity in the Levant will be transformed into ghettos, enclaves and touristic zoos. And we will all be diminished as a result.