Is It Time for Disneyland Saudi Arabia? 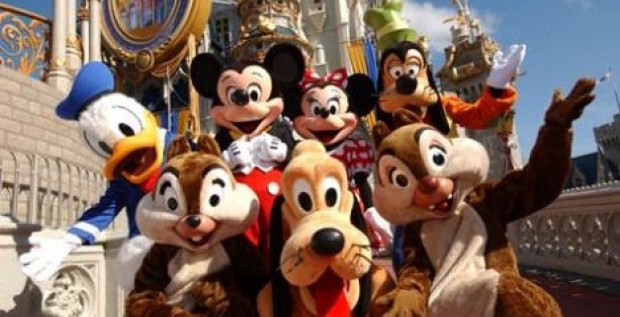 Disney Parks and Resorts are the number one vacation and recreation choice for families all around the world.  Disney Hong Kong, Disney Tokyo and Disney Shanghai now have a solid presence in Asia.  Disney Paris is the presence in Europe. Could there be a possibility for a Disney Arabia?  Or better yet, a Disney KSA?

On the positive side, Matthew Grossman is the Disney VP of Corporate Communication for Europe, Middle East and Africa.  He is based out of London.  At least there is a focal point for Disney operations in the Middle East region.  He’d be the initial “go to” person.

Diego Lernier is the President of Disney Europe, Middle East and Africa.  He is the one with the responsibility to seek out new opportunities for Disney.

So why is there not a Disney Arabia?  Or better yet, a Disney KSA?  The GCC and the Saudi market in particular, is one of the most stable places to invest.  It’s no secret that Arabs are very family oriented and take great joy in making their children happy.  While there are small recreational parks in Saudi Arabia there is nothing similar to a theme park like Disney.

Saudi Arabia is seeking to open and expand its tourism industry.  The presence of a Disney KSA would bring tourists from across the GCC and probably Southeast Asia.  Disney by the Sea in a city such as Jeddah would be a successful and highly profitable venture.

Children from across the GCC are aware of Disney.  When my stepchildren visited Abdullah and I while we were in the States they all wanted to go to Disney.  Now, years later, they still talk about their Disney holiday with fond memories and joy.

Why has Disney not moved on a viable and profitable market opportunity?

If anyone wishes to contact Disney, the point of contacts within the Corporate Communications department are: