Is an arranged marriage the answer to my prayers? 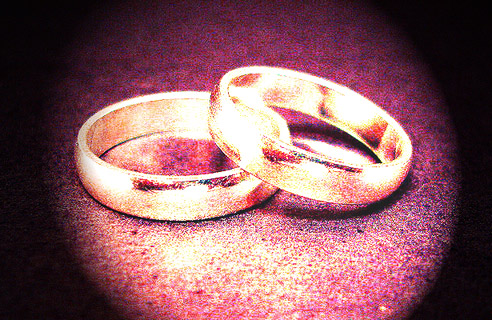 “Love just happens” is a romantic notion that has a strong influence on our modern ideas of relationships. Consider some of the myths that inform our views on marriage and love.

Marriage is Cinderella’s only escape route from domestic drudgery, and then only if she looks attractive and glamorous. No wonder women feel a pressure that marriage will free them from social oppression, and that they must at all times look beautiful. Sleeping Beauty’s liberation is even more frustrating as she must lay passively until the prince comes to free her.

By contrast, arranged marriages are a pro-active approach to the issue of finding a spouse, where the community, the family and the individual work together to locate someone who will make a good life partner. It’s hard enough to find someone special, why not get as much help as possible? No need to wait helplessly for princes to chop their way through dense forests, or fairy godmothers to magic up sparkly shoes and horse-drawn carriages. Control over the search for that partner who will complete you is returned entirely to you – the individual – and the people who know you best and care about you the most are your cheerleaders – your family, and your close community.

It is worth digressing for a moment here to point out that the pivot of the arranged marriage process are the two individuals searching to get married. The direction and final choice – whatever the reasons – are theirs alone. Those around the individuals are guided by their choices and desires as to the kind of person that they want. Forced marriages are wrong.

There’s another worrying subtext to the fairy stories and film fantasies – that the woman is only an adjunct to the man’s success. She only gains status by being attached to him. Even the recent announcement of the wedding of Prince William to Kate Middleton has a hint to it that she has now achieved something – because she is engaged to a Prince, rather than bringing her own merits to the marriage.

One of the things I describe in my book “Love in a Headscarf,” is the journey to understand the Islamic principles described in the Qur’an that men and women are created from a single soul and that they are made in pairs. They find contentment and love in each other, and an understanding of the Divine through marriage. The analogy of a pair suggests that both the man and the woman are essential to the equation, and both are required to maintain harmony and balance. The woman is not an afterthought.

We can go a step further and say that the same applies to the way that men and women interact at a wider social level. Only by acting as a pair – where both are valued and integral to the other, after all one half of a pair is useless – can we achieve social harmony. There are two conclusions from this. First, Islam has a strong blueprint for gender relations. This might come as a surprise to many readers, since our news and media coverage is at pains to highlight how oppressed Muslim women are. Yes, it’s true that Muslim women do suffer a great deal, but this is more to do with culture and patriarchy than Islam. What we need is a return to Islam’s original Qur’anic egalitarian notion of gender: that men and women are created from a single soul.

Second, society has a vested interested in creating and nurturing strong marriages. Again, it is worth noting that under Islamic law if a marriage is coerced then it is not valid at all – it simply never existed. And it might be even more surprising to learn that the marriage contract is initiated by the woman so that it is clear she has engaged in the liaison of her own free will. That simple rules such as these are not observed is a matter of cultural oppression, rather than anything wrong with the arranged marriage system or the Islamic approach to love.

My own journey to find love was one that was at once hilarious and perilous. That I did it a different way from that you might expect from a modern Western woman — and a feminist of religion at that — makes it an unusual story. But it is one in which you might be surprised to find the universal themes that pervade all of our searches for love: humour, heartbreak and humanity.

Click here to read an excerpt from Shelina Zahra Janmohamed’s new book, “Love in a Headscarf,” a memoir of growing up as a Muslim woman.