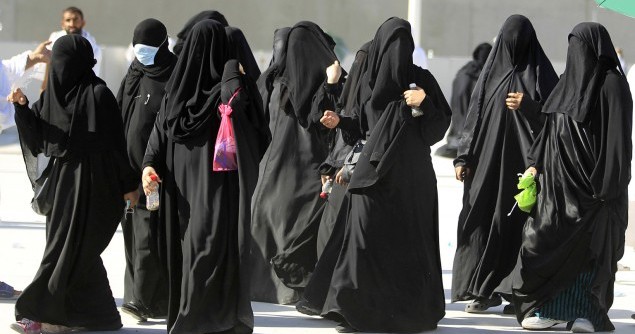 I finished reading Karen House’s book On Saudi about two weeks ago and I’ve had quite a few people ask me what I thought about it. I tell them generally what I thought which is that it struck me as a book where it seems that in an overenthusiastic frenzy to be bold, she didn’t have much regard for accuracy. The whole book does not strike me as a book written by a person who has been visiting Saudi for five years, at least not a very observant one. The whole style is not far from what you would get from a book on Saudi published in the 1960s purely for an American audience unlikely to question it or have access to interaction with a Saudi.

When I say this in a conversation, the only examples that come to mind is her equating the Kaaba with the Holy Stone on page 31 and her claiming that a very questionable Hadith is “popular” to bolster her argument that Saudis are submissive to the monarchy as part of their practice of religion. The hadith she claims ”quotes the prophet Muhammad urging believers to “stick to obedience even if it is to an Abyssian slave, since the believer is like a submissive camel, wherever he is led, he follows.””  And the source is some obscure webpage.

Yet it’s not only those two samples; the book is riddled with many inaccuracies that niggled at me as I read. Right now, sitting at home with the E-book, I’m better equipped to elaborate with a few more examples:

House wrongly states “Unlike the other schools of law, which employ consensus (ijma), analogy (qiyas), and other rationalist methods to decipher God’s will, the Hanbali tradition relies almost exclusively on a literal interpretation of the Kuran and Sunna for guidance.” Page 37

Needless to say, the Hanbali tradition is strongly based on ijma and qiyas. For example qiyas and ijma is why women can’t drive in Saudi because anyone with the most basic background in Islam knows that there were no cars at the time of the Prophet and women were able to ride horses, camels and donkeys. Thus there is no “literal interpretation” that would lead to the Saudi fatwas banning women from driving. These fatwas and religious arguments were all based on Saudi clergy consensus and analogy.

Another example of House’s inaccuracies is her repeatedly quoting Robert Baer as an expert on Saudi and it’s oil fields. A man who has never visited Saudi and is notorious for his conspiratorial demonization of the Saudi government. His book’s titled Sleeping with the Devil, the devil being us Saudis; not exactly what one would call optimal journalistic objectivity.

And then of course there’s House referring to Hail as a region on the Saudi-Iraqi border, which of course is simply disproven by checking any map. Hail is part of the central region and quite a ways from any border.

And then there’s a sentence I particularly enjoyed on page 208: “Three school gymnasiums host Catholic, Protestant and Mormon services, not only for Saudi ARAMCO employees but also for Christian expatriates in the surrounding area.” I know ARAMCO is relatively open compared to the rest of Saudi, but Saudi employees practicing Christianity openly on premises is beyond ludicrous.

And the list goes on and on from exaggerating the Iranian threat to inaccurate statements on education. Yet the most crucial issue that House got wrong is her understanding of Saudi mindsets and particularly Saudi youth. She almost made it out to seem that we are somehow inherently passive and too arrogant to work.

“Saudi Arabia, in short, is a society in which all too many men do not want to work at jobs for which they are qualified; in which women by and large aren’t allowed to work; and in which, as a result, most of the work is done by foreigners-Pakistanis, Indians, Filipinos, Bangladeshis, and others-who compose the majority of the labor force.” p. 147

Nowhere does she mention how difficult it is to compete in a market where foreign labor is cheap and desperate. How is a Saudi supposed to compete with someone who is willing to work twice as long and for a quarter of what a Saudi needs to live and cover basic needs. For example, in nursing, a Filipino or Indian is happy to work insane hours for anywhere in between 2,500-4,000 SAR (670-1000USD) and live in a dorm-like situation nearby. How are Saudis supposed to compete with that?

Then House goes on to assume she understands what Saudis want for their political future:

“So America conceivably could influence the kingdom, but in no way is the United States the role model for Saudi Arabia. Increasingly educated Saudis want to modernize, but they most surely do not want to Westernize, and they resent the American view that modernization means Westernization. Saudis don’t pine for democracy, but they seek a more open civil society where they are free to congregate and express views and where society’s rules are clear and enforced equitably on all. They want Ipads and access to the Internet, but the conservative among them-and most Saudis still are conservative- do not want all the other alien infidel influences emanating from America and the West. Saudis are unique and seek to remain so.” P.236

House’s summation of what Saudis want is so superficial that I literally cringed when I read it. Seriously is this what she got from visiting Saudi for five years? Ipads and infidels! I guess a lot was lost in translation. The only thing she got right is that Saudis are not looking to an American model for their future.  What most agree on, across liberal and Islamist factions, is more like a Norwegian model; a constitutional monarchy with an elected PM and parliament and a welfare system that reflects how rich the country is. Was she not aware of the thousands who signed petitions demanding a constitutional monarchy in 2011? One that got 6100 signatures in a week translates to the following:

The People want to Reform the Government Campaign

To support the right of the Saudi people and their legitimate aspirations:

1 – a constitutional monarchy between the king and government.

2 – a written constitution approved by the people in which governing powers will be determined.

4 – the Government in the service of the people

8 – full citizenship and the abolition of all forms of discrimination.

9 – Adoption of the rights of women and non-discrimination against them.

10 – an independent and fair judiciary.

12 – to seriously address the problem of unemployment.

Was House not told about the nine reformers currently serving a collectively 228 year sentence? Did she not talk to people like Fouad Al Farhan and Dr. Mohammad Al Qahtani? I guess she was too fixated on Saudis wanting to hold onto their way of life and dress in the face of unavoidable globalization to ask real journalistic questions. Saudis not wanting the American family structure and hamburgers replacing Saudi family structure and kabsa does not translate to an opposition to democracy.

The only saving grace of the whole book is the chapter on Saudi princes. In chapter seven she profiles and interviews four princes, all direct grandsons of the founder of the Kingdom. I found it quite insightful to view them through an outsider’s eyes and her description of how each received her, down to details on what they served and how they dressed was entertaining. It is rare to get that close and personal with the royal family. So that chapter was both fun and informative.

One Response to iPads and Infidels: Inaccurate, Superficial Saudi View