Invisible: The Plight of Arab-American Women 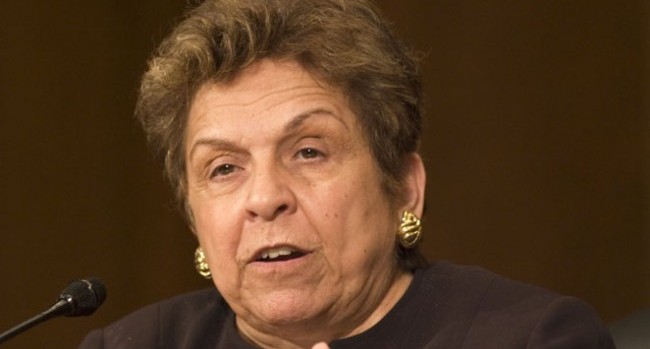 International Woman’s Day was celebrated across the US, where school districts, colleges and institutions across the country devoted the entire month of March to remind Americans of American women’s long struggle for equality, and the remarkable achievements of women of every ethnicity, race and color but with one exception: Arab American women were left out. Certainly every woman regardless of her race or ethnicity duly admires and celebrates American women’s successes and achievements. Nonetheless it is important to ask why are the contributions of Arab American women ignored in gender discourse in the US, especially considering their presence in the US pre dates the 19th Century, and many amongst them were firsts in breaking the gender barrier in the US.

For example, Donna Shalala is an Arab American. She is the nation’s longest serving Secretary of Health and Human Services, the first woman to head a Big Ten University as chancellor of the University of Wisconsin- Madison, and is one of the very few American women university presidents.

Ambassador Selwa Roosevelt was and remains America’s longest-serving White House Chief of Protocol. She is also Arab American. In 2012 President Barack Obama honored Ambassador Roosevelt with the Presidential Commendation for her government service and efforts to save the Blair House, the official guesthouse for foreign leaders visiting Washington, D.C.

Former American-Arab Anti-Discrimination Committee (ADC) president Candy Lightner is the founder of Mothers Against Drunk Driving (MADD) the largest US non-profit victim assistance organization in the world. Diane Rehm is Arab American. She is the host of one of the top ten most powerful radio programs in the country that draws more than 2.4 million listeners. Newsweek described the Diane Rehm show as one of the “most interesting talk shows in the country,” and The National Journal called her radio program “the class act of the talk radio world.” Throughout her career she featured countless of American women writers, politicians, novelists, legislators and Congresswomen. She has championed the cause of women and their struggles whether addressing the challenges of raising an autistic child or a gifted girl, or conveying women’s shared common social concerns regarding domestic violence and gender bias.

Architect Zaha Hadid is the first woman to design a major American art museum. The New York Times hailed her  $34 million design of the Cincinnati Contemporary Art Center as “the most important American building to be completed since the cold war.” Zaha Hadid was born in Iraq.  Helen Thomas is an Arab American who served for 57 years as a correspondent for United Press International, and is the longest serving dean of the White House press corps. According to the Christian Science Monitor, when Fidel Castro of Cuba was asked to describe the difference between democracy in Cuba and democracy in the United States, he replied, “I don’t have to answer questions from Helen Thomas.” America’s only queen is an Arab American. Lisa Najeeb Halaby was raised in Washington, DC, and from 1978- 1999 she was  Queen Noor of Jordan. Since the late 70′s she has headed and worked with several international organizations to empower and educate women. Arab American Leila Ahmed in 1999 became the first Women’s Studies professor at Harvard Divinity School.

So why are American women’s contributions ignored in the US? The answer is complex and multi fold. The attitudes generally held towards Arab American women are one recurrent characteristic of this multi faceted conundrum. As a group they are highly educated, have higher labor force participation rates than most Americans, and earn higher incomes than average Americans, yet they remain an enigma. Arab American women are more representative of America’s rich ethnic mosaic, cultural and faith diversity than any other American racial group or ethnic minority. Their ancestral roots are connected to twenty-two Arab countries that stretch from the Atlas Mountains of North Africa to the oldest inhabited cities along the Mediterranean Sea. Their ethnic identity is broad and less confined to the narrow definition held by most other ethnic and racial groups. They are White, Brown and Black. Arab American women are Muslim, Christian, and Jewish. They adopt and comprise several macro and micro identities. Arab American women are African, European, Hispanic and Latin American. For example Pop star Shakira, is Colombian and Arab, and Salma Hayek is Mexican and Arab.

Some assume that the 9/11 horrific attack that violently killed thousands of Americans including Arab Americans are the reason for the recent rise of American discriminatory attitudes towards Arab Americans, but history shows these biases existed prior to 9/11 and in fact are rooted in common racial biases that our country has suffered since its inception. In July 16, 1901 Cedar Rapids Evening Gazette carried an article entitled  “Don’t Like Arabs,” where Arab Americans were collectively maligned and openly attacked. While it is true that during that period America’s middle class overall projected a patronizing attitudes towards most immigrants, nonetheless Arab American women immigrants suffered more disdain than most.

Interestingly the earliest Arab American women were Christian. Despite this, racial biases towards them were as common then as they are today of all Arab Americans whether Christian or Muslim. Early Arab American women were viewed as part of the Eastern Christian culture of Bethlehem, Damascus, Jerusalem and Beirut, and their Christian faith did not shield them from scorn. These first Arab American women were faced with two irreconcilable contradictory pressures. While they made every effort to live and raise their families within the folds of their new county, they lived in communities that stereotyped and shunned them, and ostracized their families. At the same time they were confronted with Americans of  ”good faith” who wanted to “Americanize” them and “free” them from their cultural and ethnic bondage

Faced with two opposing pressures these first Arab American women chose the unthinkable- they used both cultures to advance their families interests’. They became professional peddlers selling goods across the US and funded the first of many Arab American family grocery stores, bakeries, haberdasheries, and family businesses that fed, clothed and educated several generations of Arab Americans. They were America’s first wholesale women entrepreneurs whose successful business ventures enriched their communities and their states’ tax coffers. They were enterprising women who understood the power of self-sufficiency and economic independence, and took it upon themselves to ensure their families were not a burden to their community or society.

These commonly held prejudices are rooted in the overabundance of racial discrimination towards Arab Americans that has lingered unchallenged in every national public medium and institution. Meanwhile the lack of responsible civil discourse or minimum standards of moral sensitivity towards Americans of Arab origin has allowed the transmission of these negative views widely across the US. Furthermore the dynamic inter-lapping nature of US mediums and institutions continue to reinforce disparaging views of Arab American women and their community across every sector including the media, arts, academia, civil society, political organizations, public policy, and American popular culture.

Deeply rooted historical cultural stereotypical inferences of Arab American women have contributed to our absence from American feminist purview. Few Americans recognize Arab American women’s role in breaking the gender barrier, and most ignore their high level of education. This is attributed to conscious and more often subconscious American perceptions of Arab American women that still holds to archaic century old views that women of Arab decent are docile and home bound. Most interestingly while they are well represented in every professional sector in the US, their strong attachment to the collective good of family and community has been glossed over and unappreciated despite the recent research and academic interest in the role of women and family in the healthy development of citizenry and society.

More recently Arab American women’s vocal advocacy and opposition to the Iraq war and Israel’s atrocities has again confirmed American views that Arab American women’s citizenship practices are not aligned with US Middle-East policies or mainstream views. Today most Americans stand united against the US occupation of Iraq and many are well aware of Israel’s atrocities in Palestine. But for many years prior to Americans’ awakening of the human and financial implications of our policies in the Middle- East, Arab American women stood apart from the publicly accepted American position. The role of Arab American women lead organizations in speaking out against the US invasion of Iraq and consistent opposition to Israel’s military occupation of Palestine, Israel’s decade long siege of Gaza, the use of US taxes to build and sustain Israel’s illegal settlement enterprise, and Israel’s wars and incursions in Lebanon and Gaza were often misconstrued as illegitimate and erroneous, and in opposition to American values. Few continue to label their motives anti Semitic in spite of their Semitic roots and justifiable reasons for calling the US government to advance US decade long declared policy objectives of ending the Israeli occupation.

While many still refuse to recognize Arab American women’s considerable accomplishments, none can dispute that since the 1800′s they have managed to ensure the educational and financial success of generations of well-adjusted Arab Americans. They continue to share their stories in the Arab oral tradition that have kept their cultural heritage alive. Their homes are open to friends and neighbors, and dinning rooms are family friendly hubs that still feature their mothers’ recipes of mjadarah, falafel, Maqloubeh, lentil soup, tabouleh, kebbe and hummus where they feast together and teach and learn from one another.

Throughout they have ensured their families remain connected to their foremothers’ historical roots and traditions. Undaunted they continue to enrich America’s cultural tapestry and social perspective, and remain faithful to their role, rights and obligations as American citizens and members of the global community.

Meanwhile they struggle along side every American woman, and raise their voices in unison to call attention to the multitude of challenges that women face in the US and across the globe. After all, here at home American women have yet to be adequately represented, where the number of American women in government still lags behind many nations including Afghanistan and Pakistan. So they move on unperturbed and call on their daughters to plough ahead like the many generations of Arab American women before them. They ask their daughters to continue to chart their own destiny and defy common held stereotypes of their mothers, grandmothers and aunts before them, aware of their important role as social transformative agents determined to be better educated than their mothers, work harder and smarter, and do what is best for family and community.