In Saudi Restaurants ‘A Woman’s Place Is In The Kitchen’ 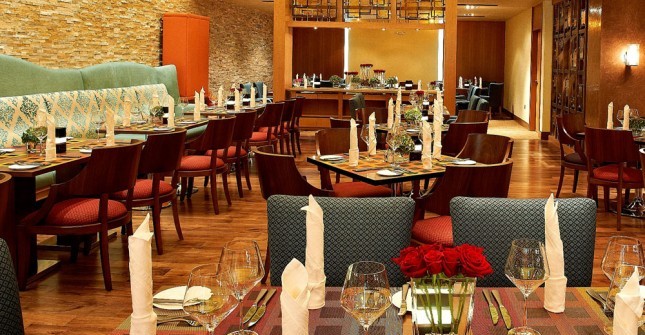 At least in restaurants in Saudi Arabia, that’s where women ‘belong’. Arab News reports that the Ministry of Labor still bans women from working as waitresses or cashiers in restaurants, permitting them only to work in kitchens. The reason, of course, is to prevent the ‘mingling’ of the sexes in the workplace.

It’s easy to forget that getting women into the commercial kitchens was an accomplishment in itself, but times do change. And they’ll continue to change. More and more opportunities for women to work are being found. Resistance to their mere presence is fading, but there are still many within Saudi society who seem to believe that men and women cannot work in the same place without sex entering the picture. Society seems to view women’s presence as the problem. I think it more the attitude of men who have been trained to view any woman not chained to a related male as fair game for predation.

Women are still banned from working as waitresses and cashiers in restaurants and are only allowed to work in the kitchens of these establishments, a Ministry of Labor official said here recently.

According to local media, Fahad Al-Tukhaifi, assistant undersecretary for development, said a ministerial decision was issued a year ago stipulating that women hired to work in restaurants must be limited to the kitchen and not perform serving or hosting tasks.

He said no instructions were issued concerning women working in grocery stores and laundries. He added that the feminization of abaya shops would be fully implemented on July 7.

Aisha Natto, a member of the Jeddah Chamber of Commerce and Industry (JCCI), said: “I respect the decision that they issued regarding women because I can see change coming in this country.”