“If You Only Ever Read Five Arabic Books, Read These” 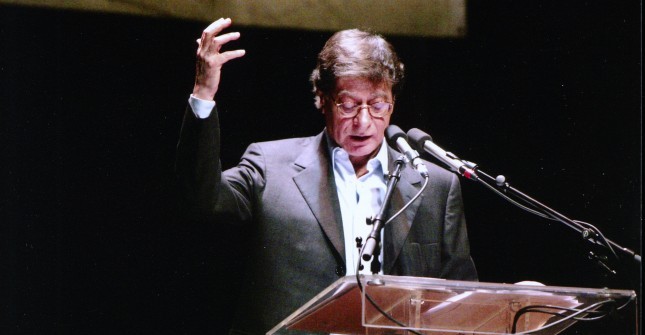 The “Five Before You Die” was a feature we ran back in the summer 2010; by now, there are now many more great Arabic books available in translation, but this remains a strong list from translators, authors, critics, and publishers.

Although he might not put it on his resume, Mustafa was perhaps the first supporter of this blog.  He teaches at Northeastern University, translates, and is the editor and translator of the excellent Contemporary Iraqi Fiction: An Anthology. His picks:

Saeed is the acclaimed and award-winning author of Saddam City, among many other works. We have since run an interview with him here. He currently lives, writes, and teaches in Chicago. His picks:

Antoon was shortlisted for this year’s International Prize for Arabic Fiction for his third novel, Hail Mary, currently being translated. His second, Pomegranate Alone, is coming out in translation later this year from Yale University Press. His first was I’jaam, which Katrina Weber lists as one of her picks further down the list. He also has published a collection of poems in English, titled Baghdad Blues, in addition to being a filmmaker and award-winning translator, and is currently an assistant professor at NYU. More on Antoon here. His five:

In 2010, Muhanna was a PhD student in Near Eastern Languages & Civilizations at Harvard University, a writer, and the maintainer of Qifa Nabki. He still blogs at Qifa Nabki, but has since become a comp lit professor at Brown University. His five:

Rakha is a poet, journalist, literary critic, and a member of the Beirut39 cabal. He writes about Arabic literature and other things at http://yrakha.wordpress.com/. His first two novels, Sultan’s Seal and Crocodiles, are forthcoming from Interlink and Seven Stories Press.

Gana teaches in the department of comparative literature at UCLA; he also writes about Arabic literature, cinema, and culture. Gana’s five (plus one not yet available in English):

Lalami is the award-winning author of Secret Son.

Tabet is a literary translator; her translation of Elias Khoury’s White Masks won a citation from the Banipal Prize for Arabic Literary Translation.

Hewison is a writer, translator (City of Love and Ashes by Yusuf Idris, and Wedding Night by Yusuf Abu Rayya), and associate director of editorial programs with AUC Press. Hewison’s five:

Davies is the celebrated translator of, among other works, Bahaa Taher’s Sunset Oasis, Alaa El Aswany’s The Yacoubian Building, Elias Khoury’s Gate of the Sun and Yalo, Ahmed Al-Aidy’s Being Abbas el-Abd. You’ll certainly want to pick up his translation of Ahmad Faris Shidyaq’s Leg over Leg when it comes out later this year. Davies’ choices:

Aboul-Ela is associate professor of English at the University of Houston; he teaches courses in postcolonial literature literary theory, Arab studies, and world lit. He also translates, most notably Sonallah Ibrahim’s Stealth, Ibrahim Abdel-Meguid’s Distant Train, and Soleiman Fayyad’s Voices. He is co-editor with Gayatri Chakravorty Spivak of “Theory Around the World”, a new publication series translating critical theory from outside Europe and North America. Aboul-Ela says he bases his list partially on the quality of the translation into English, with the exception of Voices, which he insists “rises above its translator’s limitations.” His five:

Bamia is a professor emiritus of Arabic Language and Literature, University of Florida. She has translated Sahar Khalifeh’s The Inheritance and Ali Bader’s Papa Sartre, among other works.

Weber is a lover of Arabic literature and was the moderator of the Read Kutub literature group and blog, which is part of The Third Line non-profit programming in Dubai. Weber also has a very interesting method of counting to five:

Colla is an award-winning translator (mentioned above by R. Neil Hewison) and writer; he was a runner-up for the Saif Ghobash Translation Prize for Ibrahim al-Koni’s Gold Dust. He chose:

Lindsay is a journalist and literary critic and co-maintains the popular blog The Arabist. Her five: