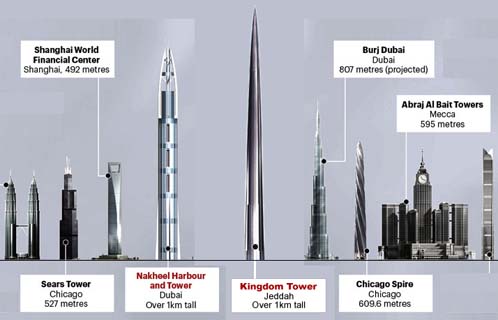 Plans are seemingly afoot to build a $26 billion mile-high sky-scraper perferator in Jeddah in Saudi Arabia. It will be  something like twice as tall as the Burj Khalifa in Dubai which is already really rather tall.

This is the latest installment in the perennial game of mine’s-bigger-than-yours that goes on in the Gulf, be it with buildings, car license plates, cities or attractions.

This project will not go well and I would be surprised if it were built. Jeddah has suffered from devastating floods in recent years and I’d wager that its residents would far rather that its lake of human waste was properly dealt with than a staggeringly expensive substitute for someone’s masculinity was erected in the city. If this thing is built, it will soon become the symbol and very personification of the catastrophic waste and indulgence of Saudi Arabia’s elite. 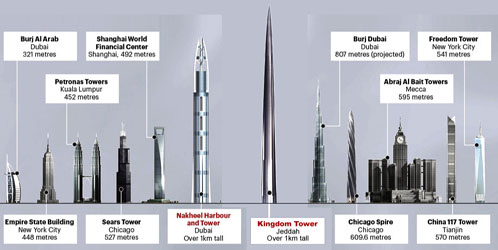