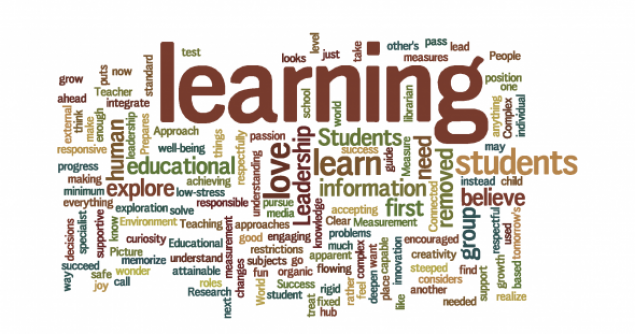 The obsession with leadership is a symptom of a sick society – discuss.

As someone with a keen interest in education, training and personal development, I often think about leadership. In my career, I have developed, bought and taught “leadership programmes”. I live in a region where pictures of leaders adorn streets, schools, homes, government offices, hotels and even homes. There are many such regions in the world.

For me, leaders are not just figures of religious and political authority. Leaders are also people who inspire by example even if they don’t see themselves as leaders. People who influence as opposed to command.

And yes, we need leaders. People we can look up to, respect and emulate.

And yet is it healthy that a society is constructed around the concept that to lead is the gold standard? That if we are not leaders we are failures? That if we cannot lead, the default path is to become an inert, passive follower?

And is it healthy that a vast majority of training and educational dollars is dedicated towards producing “top people” – academic high flyers, business leaders, politicians, Olympic gold medallists, zillionaires – when 99% of us will never reach those heights?

Is the world digital – you are either a leader or a follower? Is leadership about creating wealth, economic growth, “progress”, be it technical, scientific, artistic or philosophical?

And what about the second target of those dollars – personal development, self-expression, “finding our own path in life”, “fulfilling our potential”? Our potential, or the potential deemed acceptable by others? When most people in the world struggle to get from one day to the next with a full stomach and some semblance of health, is not sometimes unrealistic and even fraudulent to lead people to believe that they can gain more than a minimal level of control over their lives, let alone to think about whatever potential lies within them?

And what do we mean by control? External levers, such as money, power, fame and influence? Or what lies within us – the core that cannot be controlled by others?

Since the vast majority of us are destined to end up not as leaders but as followers – constrained by social, political, legal and economic frameworks – should we not be teaching people how to follow as well as how to lead? Or better still, how to do both?

Muslims would say that Islam is the perfect way to follow. After all, Islam means submission to the will of God. Christians and Jews likewise. Each Abrahamic religion has an intricate set of values and rules of behaviour laid down by its respective scriptures that people of those books would say are the recipe for a perfect life. Yet for as long as recorded time itself, a succession of political and religious leaders have consistently perverted those ordinances for their own social and political ends, often with disastrous consequences.

If, like me, we accept that as imperfect human beings we will never live up to divine strictures, how can we reconcile ourselves with a life of following?

By learning when not to follow, for a start. By accepting that each of us have it within ourselves to question received wisdom and think for ourselves. By understanding the difference between loyalty and slavery. By questioning, rejecting or reaffirming our personal values.

Many of us learn some or even most of these things on the laps of our parents, in the hands of a good teacher or through role models – at work, in society or in history.

But many of us don’t. We grow up in the shadow of other peoples’ expectations. We enter the educational production line and emerge the other end like processed food – produced to a standard set by others. We enter the work place and abide by rules made by others. In time we get to be the rule makers, or if not we see our dreams crushed by reality.  Economic and social imperatives process our aspirations just as education processes our knowledge and perceptions. And we never acquire the ability to make sense of it all.

If we are lucky, we have learned the art of following – which is how and when not to follow – and when we get to the end of our lives we do so without regret and with no unfulfilled ambitions. But many of us, as we get older, become consumed with anger or sadness that we didn’t live our dreams.

The other day I had a long conversation with a friend. He is about my age. A person who has all the hallmarks of success. A great track record in his chosen field – HR and organisational development. A challenging job, a good income, children he is proud of. He told me that in his opinion I have missed my vocation. That I have a talent for teaching, and that instead of 30 year in business I should have become some kind of professor. I pointed out that I couldn’t have become an effective teacher without my business experience, because the way I teach is from the heart, from experience and with stories that mean something to me.

I asked him if he had missed his vocation. He said yes, in a way. He would have liked to have been a professional musician. He knew he had the talent to make a living from his music. But he was strongly influenced by his father, who was a successful salaried businessman, to get a “proper job”. And when he was 35, my friend reached the point where his salary exceeded that of his father.  At that point the father declared that his son had made it, and that he had fulfilled his obligation of parenthood.

Is my friend satisfied with his life as it turned out? Did his father do the right thing? Not for me to say. But I suspect that this intelligent high achiever would have happily sacrificed many things in his life for the ability to spend it creating music.

So to return to the question.  Is  it right to spend most of our education and training dollars developing a few leaders, and only partly meeting the needs of zillions of unhappy, unfulfilled followers?

I think not. And I believe that most educational systems around the world pay scant attention to those needs except by reference to standards of high achievement. Hence exams, certificates, degrees and diplomas that purport to identify those most likely to succeed. And create a sense of failure in the rest.

By focusing more on those life skills likely to produce contented human beings, perhaps we will produce more leaders – and benign, effective ones at that – without even having to try. Leaders who reject the dominant ideology that leadership and personal development exists for the personal good. Leaders who strive for a collective good that satisfies the needs of the majority without crushing the needs of the individual. Perhaps less grasping bankers, self-serving politicians and narcissistic celebrities. Less tribalism, sectarianism and bigotry. More sacrifice for the common good – common in the sense of every human being on this planet rather than just those who look, think and behave like us.

If, on the other hand, we accept the Darwinian view that evolution is about the survival of the fittest, then perhaps we should also stop trying to change a world in which people starve, live lives of desperation, hatred and envy, kill each other in civil wars and go to their graves wondering about what might have been.

Do we not have the wit to defy the rules of evolution just a little?