How the Food Industry Hooks Us On Eating Junk 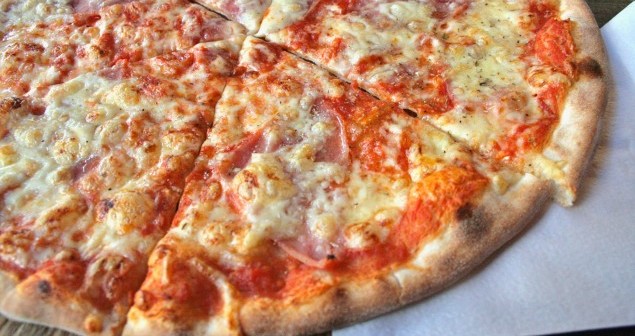 I must start by recommending you read this article in the New York Times, “The Extraordinary Science of Addictive Junk Food“, It’s long, but very readable indeed. Don’t worry about me, I can wait ’till you’re back.

Done? Scary wasn’t it? I loved one quote from a Coke executive outlining his sales problem: “How can we drive more ounces into more bodies more often?” The whole idea of an industry focused on that problem, using complex food science, packaging and marketing based on psychology all focused on a single trigger in us all, the need to consume food and drink. Not just meeting that need, but driving it, extending it and blowing it up beyond any reasonable limit.

The result has not only been the creation of a fat, bloated nation (Luke commented a few posts ago about the irony of a world where the poor are fat and the rich are thin, which does rather take one aback) with a massive diabetes problem, but the creation of a society which has come to accept, even expect, the adulteration of food by companies.

And then Europe gets all bleeding heart about horsemeat? Look at the practices the food industry has evolved in the pursuit of competitive advantage, the ways in which food is already twisted out of all reasonable expectation of its remaining pure, natural and healthy. Pink slime is the tip of an iceberg of people getting sick from bacterial diseases contracted from deep-injected steak marinades, minced up bonemeal and water-injection making cheap meat heavier and practices such as MSM – mechanically separated meat. We’re not even starting to explore hydrogenated fats, trans-fats, HFCS and the myriad other creepy crawlies companies are ‘driving’ into consumers.

In fact, it is one of these delightful industrial processes that lies behind horsemeatgate – desinewed meat. This is a low pressure bone stripping process that gets the shreds of meat off slaughtered animal bones, resulting in the production of a mince-like substance that can be easily turned into ground meat processed foods such as, oh I don’t know, lasagne, burgers or cottage pies. The European Commission banned the use of the process in beef and lamb, although it can be used in poultry and pork as long as it’s labelled as MSM (mechanically separated meat).

The result was to give added impetus to the search for cheap meat by processors. We’re in a recession, don’t forget, so the pressure’s on for those ‘value’ lines of food to outstrip each other, cheaper foods always come at a price – added sugar, extra filler, lots of salt and MSG to bring flavour back to food that’s been leached of flavour by processing. And buyers presented with a cheaper beef mince aren’t going to look the gift horse in the mouth. Because there are managers assessing their performance, directors aiming to outsell competitors and grow market share for shareholders to be satisfied with their dividends.

It’s actually a very short hop from packing cheap fats, salt and sugars into foods designed for maximal shelf-life, scientifically optimised ‘mouth feel’ and hitting consumers’ ‘bliss point’ to packing horsemeat into beef meals. We’ve accepted the fundamental principle – that we’ll tolerate foods that are not what they seem to be on the packaging (blueberry muffin, anyone?). The question now is only how far companies will go in their mendacity. I suspect I know the answer – and it’s not horsemeat.