How Not To Marry A Child Bride And Treat Women Well 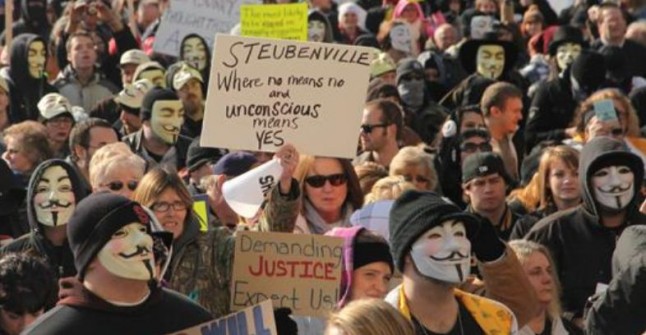 This month in Steubenville, Ohio, two teenage men were sentenced for the crime of rape. They had sexually assaulted a teenage girl who was unconscious, passed her around, filmed her and shared the footage.

In some of the media reporting, there was a skin-crawling sympathy for the “ruined” lives of the men, described as local stars in their community, high-flying footballers who were set to get college scholarships. One fact was overlooked. Rape is wrong, and they are rapists, and rapists should pay the price for their crime. The victim, who has not been identified, received little sympathy.

This led to opinion pieces with the startlingly obvious and yet seemingly necessary guidance – both serious and satirical – on “how not to rape”.

Inspired by the fact that even in clear wrongdoing sometimes we have to state the obvious, here are three helpful “how not to …” tips to avoid the mistreatment of women and girls.

First, how not to marry a child bride.

Around the world, the UN predicts that 39,000 female children are married each day. Of course there are cultural norms about the age at which women should marry, but it’s clear that a woman should be able to give her own free adult consent. Apart from violating the right to consent of another human being, child marriage increases the likelihood of death, labour difficulties and child rearing.

Early marriage leads to early pregnancy, and girls younger than 15 are five times more likely to die in childbirth than women in their 20s. Pregnancy is a leading cause of death for women aged 15-19 in the developing world.

Second, how not to kill girl babies.

The scourge of killing unborn babies for the “sin” of being female is on the rise. In China and India there are 30 to 40 million more men of marriageable age than women. A whole range of causes are at work. Male heirs will contribute economically, the “shame” of a daughter and her “burden” on the family.

But there is no shame in having a daughter, especially with economics and independence at women’s disposal. So here’s how not to kill a girl baby – love girls, love babies.

And third, how not to engage in domestic violence against women.

Violence against women is so obviously wrong that other than writing a spoof, I’m not sure how to explain its total and utter wrongness. And yet if I do satirise it, the crazy may interpret it is a blessing on their grotesque behaviour. Shockingly, up to 70 per cent of women will experience violence in their lifetime. In fact, according to the World Bank, women aged 15 to 44 are more at risk from rape and domestic violence than from cancer, car accidents, war and malaria.

Here’s how to remember not to beat your wife or your daughter: you wouldn’t walk up to a stranger in the street and punch them.

Perhaps the easiest way to establish how not to treat women and girls is to ask if she wants you to behave that way or not. If she says no, then don’t do it. It’s quite obvious.