Hip Hop: The Music that Inspired the ‘Arab Spring’ 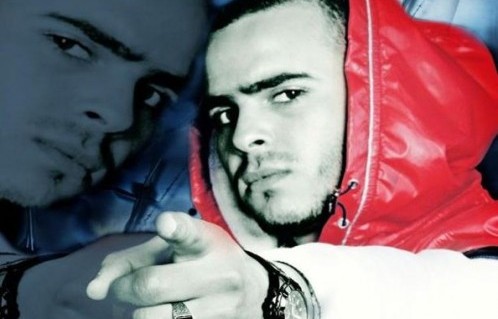 Behind the scenes of the Arab spring since late 2010, hip-hop with a political twist has become a soundtrack to pro-democracy movements across the Middle East and North Africa.

It may come as a surprise to some. How could hip-hop, a traditionally Western – and particularly American – music genre have come to mean so much to a grassroots movement characterised precisely by its Arab identity?

Nomadic Wax, a fair-trade international record label and a social enterprise production company, asked me to try and answer this question for one of their radio shows. What I found was a global community which, from the mountains of Morocco via the dusty streets of Sana’a to the concrete pavements of Los Angeles, had emerged to create its own form of Arab hip-hop culture.

Palestinian Mohamad Ismail was more explicit: “When people are actually ready for revolution, you’d better believe it that they start putting revolutionary thoughts and ideas and songs in their head.”

Accurate words in the case of Hamada Ben Amor, the courageous Tunisian rapper better known as El Général who last November released online ‘Rais le Bled’ (in English, “the president of the country”), a critical hip-hop song addressed to his then Tunisian president Ben Ali.

The song, which speaks of every day suffering and struggle, is credited with inspiring young Tunisians to take to the streets in protest – so much so that Time magazine named the 21-year-old one of the 100 most influential people in the world this year.

“There are people dying of hunger, who want to work to survive, but their voice was not heard, get off into the street and see,” are some of the lyrics from his song. Others are more suggestive of the kind of risk the rap artist took.

With its clever play on words, rhythms and beats, hip-hop has an ability to speak to the young in an intelligent way. Never speaking down to them, it seeks to reflect them – a fact not entirely irrelevant in a region dominated by people under the age of 30.

Moroccan rapper Abderrahim ‘Alfaress’ Dahr sees the effect he feels hip-hop is having on Moroccan youth.

“It has awakened the youth and given them that boost to say, ‘I don’t want to stay home and live with that fear and so I’m going to change something.’ Right now in Morocco, it is huge, everyone is a rapper.”

There is, of course, a cool factor to it too. And cool doesn’t necessarily mean conjuring up the kinds of images that may traditionally spring to mind when thinking of hip-hop – drugs, clubs, women.

Hagage ‘AJ’ Masaed, dubbed the godfather of Yemeni hip-hop, couldn’t agree more. Firmly staying out of politics in these last few months of unrest, he thinks hip-hop can be “a tool to affect social change”. One of the battles he has taken on is education and trying to keep young Yemenis in school.

“Youth listen to me. I’m putting out positive messages in hip hop form. They like what I’m doing and I’m flipping it in Arabic and in English,” said Masaed.

“The schools, the tools/You have to believe/If we live, learn, love/Defeat enemies,” are a few of the lines from his song Biladee (in English, “my country”) which advocates for education to combat terrorism. It continues, “too many followers we need more leaders to lead […] so no terrorists please.”

The artists I spoke to – most of whom have written their own songs of solidarity with the Arab uprisings – were keen to stress that politically conscious hip-hop was only at an embryonic phase in the Arab world. With so much already accomplished, I can’t help but think that its future, along with that of its audience, is looking quite bright.