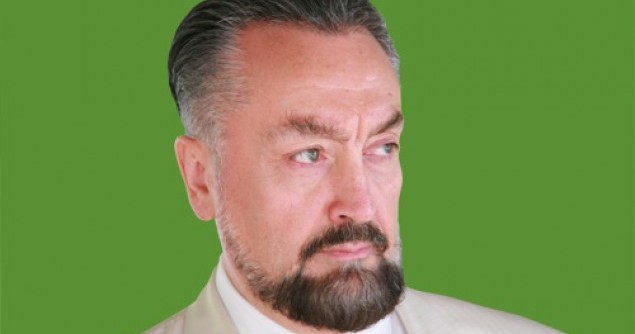 Has your atlas arrived yet? The New York Times reported yesterday that prominent American scientists and politicians are receiving what purports to be an “Atlas of Creation” from a Turkish media guru self-named Harun Yahya. No, it is not revenge for the “War on Terror.” Nor is a glossy book of patent nonsense, no matter how intelligently designed and styled as “probably the largest and most beautiful creationist challenge yet to Darwin’s theory” much of a challenge. Scientists will recognize it for a “load of crap,” as Kevin Padian, an evolutionary biologist at the University of California, Berkeley, impolitely phrased it.

The “War on Terror” has manufactured a whole host of new enemies. But what a strange bedfellow is Charles Darwin, who liberated science from the dogmatic demands of religious apologists like Mahdi Yahya a century and a half ago. Darwin’s approach now summarizes all of modern science, a steady advance in knowledge because no specific idea is ever held sacred. This does not mean that scientists must abandon religion and faith, but it does offer a view of the world in which human reason is not abandoned under the cloak and rhetorical dagger of a supposedly spiritual quest for moral behavior.

Most Muslim intellectuals have not followed conservative Christian critics of the evolutionary science inaugurated with the seminal work of Charles Darwin in the mid-19th century. In part this is because the Quran itself does not contain the blatant mythic elements of Genesis, such as the ribbing Adam took to get Eve. Later Muslim commentators embellished the creation scenario and there are related traditions that would contradict modern scientific understanding, but the tension between creation and evolution is a fairly recent phenomenon among Muslims.

In the last several decades a debate among a few anti-Western-intellectual Muslims over Darwinian evolution has developed, but more as a skirmish in the culture wars rather than an alternative scientific challenge. There is no Institute for Islamic Creationism yet to parallel the American fundamentalist version engineered by Henry Morris. Nor have Muslim fundamentalists teamed together to search Mt. Ararat for remains of Noah’s ark. Ironically, the conservative Christian arguments for creationism are filtering into Islamic mediaspace, most notably in the technically advanced web empire of Harun Yahya.

The easiest way to access the cyber caliphate of Harun Yahya is to simply type his name into Google. At the top of his main site there is a flashy slide show advertising yet another new anti-evolution site in his expansive web of anti-scientific glitz. At top left there is what appears to be an ancient coin with the Arabic words Allah, Rasul (Prophet) and Muhammad in early script. Scrolling down on the left is a block ad which says “Jesus will Return.” His (referring to Harun rather than Jesus) entire repertoire of books (some 170 or more by a quick count) is online, as are videos. You can surf the site in any of about three dozen languages. At the bottom right you find: “ Join The Harun Yahya Society. Support The Cause!” The cause, according to the banner at the top is an “Invitation to Truth,” that truth being linked to Harun Yahya himself.

The various websites (evolution-deceit, darwinismrefuted, darwinism-watch) and online books of Harun Yahya are flashy but lacking substance. Most rehash Christian arguments, but there is not even a shred of scientific credibility. Like the fundamentalist diatribes borrowed from, the attack on Darwinism is a combination of outright rejection of commonly accepted scientific evidence and quotable appeals to the seeming doubts of famous scientists of the past. An example chosen at random illustrates this point:

“ Lord Solly Zuckerman is one of the most famous and respected scientists in the United Kingdom. For years, he studied the fossil record and conducted many detailed investigations. He was elevated to the peerage for his contributions to science. Zuckerman is an evolutionist. Therefore, his comments on evolution cannot be regarded as ignorant or prejudiced. After years of research on the fossils included in the human evolution scenario however, he reached the conclusion that there is no truth to the family tree that is put forward.”

Zuckerman, who was born in 1904 and is most known for observations on monkeys in the London zoo in the late 1920s was hardly a leading expert in biology. His training was in anatomy and he served mainly as a political advisor. The tree he could not imagine was a tiny growth at the time. It is a pity that Harun Yahya would have us not see the forest of scientific advance for such a tiny fossil imprint of an outdated tree.

If you are thinking this flashy hubris is a henna-bearded cleric based in a Karachi madrasa, get ready for a fashion shock. The author’s real name is Adnan Oktar, a controversial Turkish figure not unlike Rev. Moon of the Unification Movement. According to Edip Yüksel, his spiritual teacher in the 1980s, he is a complete charlatan:

Adnan Oktar strongly believes that he is the MAHDI (the Sunni and Shiite imitation of Messiah) and he has a powerful charisma, the pool of unlimited gullible rich people and a market of more than a billion individuals easily impressed by the work of his followers.

Knowing him before 1990s, I could not believe that he would be indulging in promiscuous sexual activities, since at that time he was a devout Sunni who was very scrupulous about interacting with women. He would not even shake hands with women. However, according to the media reports and published confessions of his former followers, Adnan has evolved and transformed since. His sexual abuse of girls around him has been the frequent topic of Turkish media and acknowledged by the defectors. He reportedly claims right to have sexual intercourse with every female member of his cult. He has even invented a name for those females: MOTOR (engine). Reportedly, his male followers are feeling lucky in letting him taste their girl friends first…
It is a shame to see modern Muslims are duped by this cult leader like their ancestors duped by Ebu Hurayra and the ilk, and it is a shame that the books and videos falsely attributed to him are so popular in Muslim bookstores like the hadith books falsely attributed to Muhammad are so popular. These books and videos are mostly plagiarized collections of western work that mixes truth with falsehood. Science is mixed with pseudo-science, such as ignorant criticisms of the theory of evolution. The message of the Quran is mixed with fabricated hadith, such as the identity and adventures of the Mahdi.

Poor Darwin. After almost two centuries from his birth, his pioneering contributions to science are still sullied by demigodfearing mahdists like the self-serving Harun Yahya. It’s bad enough that less tolerant popes placed agnostic Darwin on the Index; now the gentle man of Down House might as well be Dajjal.

[To find websites devoted to Islam and evolution, I recommend you start with a long list of links compiled by Martin Riexinger and the discussion on Wikipedia.]