An Evening With ‘Mars and Venus’ in Bahrain 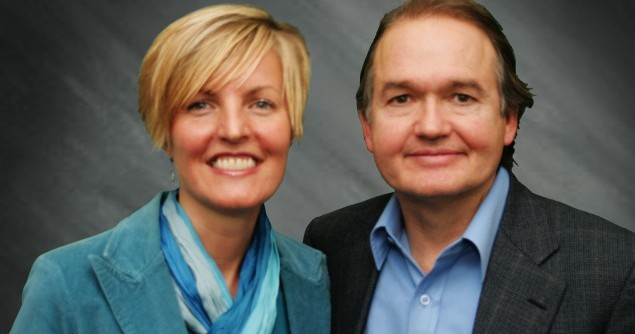 Yesterday I spent an evening at a seminar on personal relationships in Bahrain by Dr John Gray, author of Men are from Mars, Women are from Venus. I also sat in on his morning seminar that covered relationships at work.

John Gray is about my age. Though we come from countries far apart, in many ways we speak the same language. We share many of the reference points that sprang from what was once known as the counterculture of the Sixties and Seventies. So I was fascinated to watch this supremely high achiever in action.

He practices what he preaches. He listens. He is charming. He is relentlessly energetic. He spent around seven hours on stage. During breaks, he signed books and posed for photos. Between the two seminars, he had lunch with delegates and managed a radio interview. From 7.30am through until 10.30pm, he barely had a moment to himself – effectively a fifteen-hour performance.

He is a great speaker. Everything I teach about public speaking, he does par excellence – humour, use of stories, stagecraft, eye contact, gestures, engagement, use of props, pauses and timing.

He also has that very American way of unashamedly talking about his achievements.  It’s a style that goes against all my British instincts. Brits from my background are taught from any early age not to boast, to be modest and self-effacing, to downplay our achievements, to let others come up with the superlatives if they will.

That’s not John Gray’s style. He is happy to let you know that he is the world’s foremost expert in relationship counselling, that he has sold 50 million books in 50 languages. But there’s a difference between confidence and arrogance. In the palette of emotions, arrogance has a strong tinge of fear.  Gray is not a man who emanates fear. His kind of confidence comes perhaps from the sense that he has nothing to prove – except possibly to himself. Very different from the brittle showmanship of a Mohammad Ali, a Jose Mourino and a host of others who give you the impression that they can’t quite believe in their self-created myths.

What of the audience? It’s an ironic coincidence that Gray was visiting Bahrain at a time when all manner of relationships are under the severest pressure. He tactfully avoided referring to current issues. His statistics for divorce in the country were in reference to the 2008 financial crisis rather than to the strains of the moment.

I sensed that the auditorium was a bubble of alternate normality – an opportunity to think about relationships outside the toxic political and social box that prevails in the country today. Most of those who attended were Bahraini, and the women outnumbered the men. They were warm, enthusiastic and responsive.

For me it was a pleasure to catch up with Bahraini friends and acquaintances. I will repeat what I have said again and again in this blog. The Bahrainis are the saving grace of Bahrain. Strip away the superficialities typical of any Gulf state – the ostentatious buildings, monuments and symbols of nationality. Listen beyond the strident rhetoric of the loud voices in this society. Look beyond the reptilian reactions of the few.

Beneath the surface still lies the well of idealism, kindness, humour and goodness of heart that attracted me to the country in the first place. Not just among the few hundred high-status individuals who were in the audience last night – but among the ordinary people you will encounter on the street, in the souk, the farmer’s market and in the office. Not saints – full of the frailties and flaws you will find in any country – but a people with immense potential for building a civilised society that can be an example to its neighbours in the region.

In the morning session, Gray argued that people who have satisfying, intimate relationships do not feel the need to fight. A message reflecting that iconic watchword for his and my generation from our formative years: “make love, not war”. Simplistic maybe, but not a bad starting point.

John Gray’s theories on the differences between men and women and the practical advice he gives for building relationships based on that understanding are not going to solve Bahrain’s immediate problems. Nor was that what the seminar was about.

But I was still left wishing that within his hectic schedule he could have been invited to spend a few hours with the leaders currently engaged in trying to find a way through the impasse. It couldn’t have hurt. It might have helped.

Yet all in all, a good day in Bahrain.

(Note: these are personal views and don’t represent the opinions of the participants, organisers or of Dr John Gray)