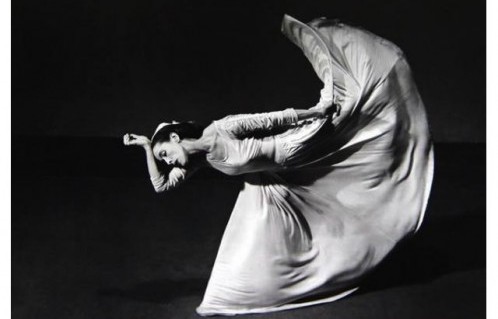 Google celebrated Martha Graham’s 117th birthday with an animated doodle. Martha Graham (1894-1991) was a remarkable innovator  of the art of dance and has inspired modern dancers to this day.

The doodle displays specific dance movements by Martha Graham, but, apparently, for many saudis the doodle looked like an incentive for women to take off their veils. As this article in the Saudi gazette explains:

ABHA: Tens of thousands of Saudis have reportedly complained to Internet search engine Google after the company celebrated the 117th birthday of the late “Mother of Modern Dance” Martha Graham with an animated logo depicting dance motions.
Al-Watan Arabic daily reported that the complaints asked Google to remove the images “as a gesture of respect for Muslims’ feelings”, with members of the public saying that they “encouraged Saudi women to remove the veil”.

The “Google doodle”, which depicts a woman casting her veil behind her and starting to dance, was placed on the company’s international zone, and Al-Watan said that complaints from Saudis asked the company to “respect the privacy of its Saudi zone” and remove the images.

Martha Graham was born on May 11, 1894 in Pennsylvania, USA, and received the country’s highest civilian award, the Presidential Medal of Freedom, for her lifetime’s work in dance and choreography.

Here is the doodle:

What do you think? Is this a secret message to Saudi women to throw off their veil? Should the world at large be more circumspect not to offend Muslim feelings?