Ghalia: The TV Chef Egyptians Have Taken To Heart 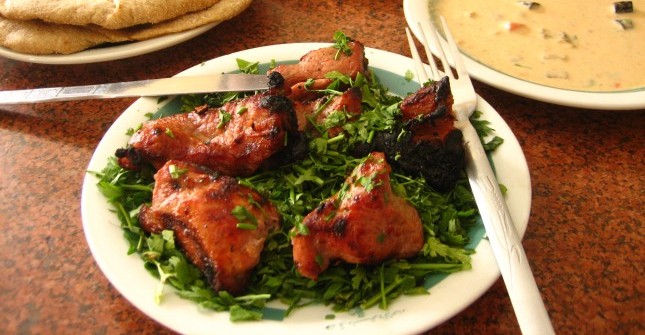 In post-revolution Egypt, highly polarised and divisive political talk shows have taken over primetime programming on local TV stations. Yet while political issues are dividing Egyptians on and off the screen, an unconventional cooking show called El-Set Ghalia (Madam Ghalia) shows that what unites them could be stronger than the things that divide them.

El-Set Ghalia, which airs on the 25 January satellite TV station (launched after the revolution), is an example of a positive change in the country since 2011.

In a country where tensions still run high between Muslims and Coptic Christians, headscarf-clad Ghalia comes in to make a positive, tolerant statement via food contributing to the possibility of national unity. For example, she is the first television chef to actively make recipes suitable for Coptic Christians’ and their religious practices, such as giving up animal products during Lent.

This show also stands in stark contrast to the cooking programmes before the revolution where the chefs on TV spoke English or French and cooked only what they considered gourmet cuisine. Ghalia, a former housemaid, lives in Al Waraq, a poor district of Cairo. Her husband is a bus driver. To the surprise of many Egyptians, Ghalia is proud to tell how she was a housemaid for the sister of Mohamed Gohar, the owner of the channel that discovered her.

On set the décor is that of Ghalia’s simple kitchen in her small flat. And she invites some of her neighbours onto the set to chat while cooking on the air.

Ghalia makes tasty meals with a daily budget of up to four dollars a day. The secret is her dependence on cheap local products, rather than imported ones whose prices are influenced by international markets. Ghalia believes that if people spend less on food they can direct their money to other needs, such as education or their savings.

Programmes on other channels have begun to follow suit, introducing recipes for a local budget. Mohamed Fawzi, a chef on the religiously conservative Al Nas channel, apparently imitated Ghalia on his programme by making the most traditional and economical Egyptian dish Taamiya, which is Egyptian-style Falafel.

Ghalia teaches people how to be economical and practical with their spending. “Never throw out leftovers as you can make wonders with them,” she said in one programme.

Before the revolution, anything “local” had a connotation of vulgarity and backwardness. But since Ghalia has come onto the screen wearing traditional dress and speaking in a local accent it has acquired a new meaning. Everyone thinks of her warmly, and all socio-economic classes are taken with her style and delicious food.

The fact that Ghalia sends this message of tolerance via TV makes it all-the-more effective. According to the late scholar and former dean of the Annenberg School of Communication at the University of Pennsylvania George Gerbner, television has a “mainstreaming effect” whereby cultural, social and political differences are muted by heavy viewership of the same television material.

Ghalia furthermore provides all Egyptians with a sense of pride in their cuisine. In most of her programmes she specialises in local traditional dishes such as mahshi (stuffed vine leaves), bisara (crushed dried beans stewed with greens), and keshk (bulgur wheat with yoghurt).

“As an Egyptian, I have never known these dishes to be our national cuisine. I remember we used to make fun, saying that Egyptians do not have a national cuisine like the Lebanese or the Turks. She proved us all wrong,” said Maha Abdelhalim, one of Ghalia’s viewers.

This feeling of national pride is obvious when Ghalia takes calls from her viewers on the air. “When we watch you, you make us proud to be Egyptian,” one caller told her while describing how to make a traditional Egyptian dish.

Today, Ghalia’s Facebook page has over 1 million fans, including one calling for her to run for president. While this comment is perhaps more aptly representative of the Egyptian sense of humour, Ghalia clearly remains an example of what the new Egypt might be.

Moustafa Abdelhalim is a broadcast journalist and a visiting lecturer at the University of Westminster in London.

It’s the Youth Taking the Lead in Region’s ‘Renaissance’