Geert Wilders And His Right to be Wrong 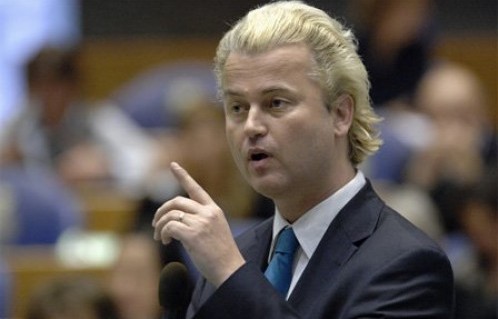 Geert Wilders, Dutch politician and author of numerous Islamophobic diatribes, including the film/video ‘Fitna’, was acquitted by a Dutch court. He had been standing trial for ‘hate crimes’.

Essentially, the Dutch court found that while Wilders vilified Islam, that does not constitute a ‘hate crime’ under Dutch law. Only vilification of people, not a religion, falls under the legal definition.

I find Wilders general, anti-Islamic thrust to be stupid, hateful, not founded on fact, and flawed at its base by the logical fallacy of confusing a whole with part of the whole. Because Wilders sees bad actors, acting in the name of Islam, he condemns all Muslims. That’s simply wrong.

Wilders, though, has a right to be wrong. He also has a human right to express himself, no matter who may be bruised by his commentary. I object to the existence of ‘hate crime’ legislation no matter where it exists or in what form. In the US, a ‘hate crime’ is not a primary crime: you cannot be arrested for committing it. Rather, its commission is seen as an ‘enhancement’ to sentencing after one has been found guilty of another crime. Even that, in my view, goes too far. I think it attempts to read minds—a skill rather lacking in humans, singularly and collectively.

Instead, I think people should grow thicker skins and realize that law is not a bunch of cotton batting surrounding each individual with protection against hurtful speech.

My view is not universally shared. Arab News runs an Associated Press story on the acquittal and the reaction of various groups, including Muslim groups, to that verdict:

AMSTERDAM (AP): The boundaries of free speech in Europe widened Thursday after a Dutch court acquitted politician Geert Wilders of inciting hatred against Muslims when he compared Islam with Nazism and called for a ban on the Holy Qur’an.

Groups that filed the complaints that led to Wilders’ prosecution were disappointed with Thursday’s ruling. “What surprises me is that the judge says that what’s permissible is determined by the context of the societal debate,” said Aydin Akkaya, chairman of Council of Turks in the Netherlands. “In other words, if you just find a ‘context’ you can go nuts.”

Mohamed Rabbae, chairman of the moderate National Moroccan Council, said the case has gone as far as it can in the Dutch courts and the battle will switch to another venue.

“We will go to the UN Committee for Human Rights in Geneva. The suit will be directed against the government of the Netherlands for not protecting ethnic minorities against racism and discrimination,” he said in an e-mail.

The court found that Wilders was “at the edge of what’s legally permissible” when he described the threat Islam allegedly poses to Dutch culture as “a fight going on and we must arm ourselves.” “This has an inciting character,” Van Oosten said. But because the lawmaker later added that he has no objections to Muslims who integrate and accept Dutch values, judges ruled he had not crossed the line.
…

I note that Islamophobes, both in the US and Europe, are taking the wrong lesson away from this trial, with headlines like ‘Wilders 1 : Islam 0′. They see this as a vindication of Wilders’ point of view and his hateful message. It is not. It is a vindication of the universal human right to express oneself. That’s a big difference.

I do not applaud Wilders, but I do applaud the court for getting the real issue here right.

2 Responses to Geert Wilders And His Right to be Wrong