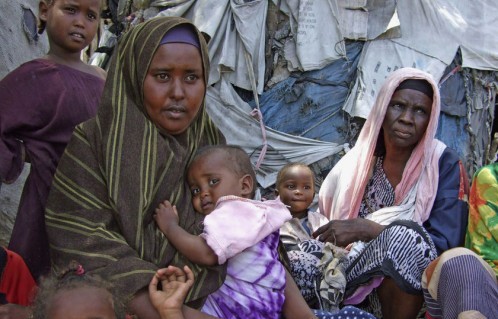 I remember how exhilarated I felt when I was told I was old enough to fast for the month of Ramadan. My feelings had little to do with abstention from food and drink between dawn and sunset each day. For a child, there is little joy in that. The meaning and implications for me were much greater. I believed that the occasion signaled I had now become a man. I wanted to share this news with all my brothers, friends and neighbors.

Three days into the fast, lethargy set it. The end seemed near. Although I fared well in my first attempt at fasting for an entire month, I had my weak and reprehensible moments. I hid in dark corners with my favorite snacks: a cucumber, a tomato, a loaf of pita bread. To be caught would be shameful and degrading, a regression back into childhood, a terrible example to my younger siblings, and a ripe topic of ridicule from my older brothers.

Ramadan in a Gaza refugee camp is an entirely different experience from Ramadan anywhere else. A malnourished population of impoverished refugees abstains from food and gives endless thanks for life’s fortunes. The irony didn’t escape me then, as it doesn’t escape me now. The Imam of our refugee camp’s Great Mosque would spend much time thanking Allah for his numerous gifts. Hands extended to the sky, and faces lowered to the ground, the faithful would repeat in impressive unison: ‘Amen’. Even as Israeli helicopters buzzed above their heads and military vehicles speed nearby, the faithful kept their faces lowered. Even as the smell of gunpowder and teargas poisoned the atmosphere, their hands stayed extended. “Alhamdulilah,” said the Imam.

Thanks to God. And the crowd repeated, “Amen.”

I tried to make sense of all this as I struggled with my hunger pains. I questioned the wisdom of the whole endeavor. At times, I even challenged my mother. Fasting herself, she had no room for a self-indulgent, sacrilegious eight-year-old. “We fast to feel the pain of others,” she said simply. Any child in a refugee camp could understand the meaning behind her words. Our refugee camp was rife with ‘others’ in pain. One of them was Umm Ali, a mother forced to take her children out of school and send them to work as cheap laborers in Israel. Another was Abu Musa, a construction worker in Tel Aviv who just about managed to feed his own children, but never managed to repair his decaying house.

Since my family was also a member of the ‘others’ club, I fasted. And like all the ‘others’, I thanked God with a lowered gaze and extended arms.  Years later, in 1999, I joined a group of journalists and peace activists on a trip to Iraq. The aim was to stand in solidarity with all those devastated by the US-led siege. According to modest UN estimates, hundreds of thousands of people – the majority of whom were children under the age of five – were killed as a result of the decades-long sanctions.

For this trip, we flew in from different countries and congregated in Jordan. I myself had flown in from the US. One delegation member arrived from Gaza with nearly $10,000 dollars, which he had collected from schools, mosques and the street. The Israelis didn’t allow him to haul boxes of medicine donated by Gaza hospitals, and the Iraqis didn’t allow him entry because his passport had been stamped in Hebrew letters. The young man left the money in trusted hands, asking them to purchase medicine for Iraqi children from Amman. As he turned back at the Jordan-Iraq border on the way back to Gaza, he asked me to convey the solidarity of Palestine and Gaza to the people of Iraq.

Expectedly, the Horn of Africa famine is now generating quite a stir in Gaza. Starving Somalis are also now the ‘others’ whose pain we are urged to feel. 11 million people are reeling under the encroaching famine, and tens of thousands have already died. Somalia is the epic center of the disaster. The hunger of its people shames humanity to its core. Stories from the region tell of the absolute horror experienced by whole generations. Yet scenes of mothers tenderly comforting their dying children also tell a different story. It is a story of love, one that no statistic can capture, no politician can override.

Gaza, itself under a harsh Israeli siege imposed since Hamas was elected to power in 2006, has been one of the first places to respond to calls for help.  During a recent Al Jazeera interview, the head of a Somalia-based charity mission decried the lack of support his people were receiving. He lambasted the world, particularly Arabs and Muslims. He seemed puzzled by the fact that little support is reaching the victims even during the holiest of Muslim periods. Then he spoke of the aid arriving from Gaza. The news anchor cut him off quickly at this point, and moved on to a ‘related topic’: aid sent by the Qatari government.

I wondered about it myself. Could Israel-besieged Gaza really be sending aid to famine-besieged Somalia?

One of multiple Gaza-led charity campaigns to aid Somalia is called “From Gaza: hand in hand to save the children of Somalia”. According to Ma’an News Agency, this latest effort is led by the Arab Medical Union. “The campaign aimed to demonstrate the extent of physical cohesion between besieged Gaza and Somalia and that the Palestinian people are capable to support and stand with the Somali people,” Ma’an reported on August 2. Palestinians in the West Bank are also mobilizing around help for Somalia. The doctor’ union has opened several bank accounts to accommodate donations.

My mother’s generation must be immensely proud. Their endless sermons about the ‘pain of others’ has registered well in the minds and hearts of their children. Somalis, too, I am certain, can fully appreciate the pain of Gaza.

Gaza. Somalia. Even in its darkest moment, humanity somehow lives on.