So Why All The Fuss Over A Tiny Piece of Cloth? 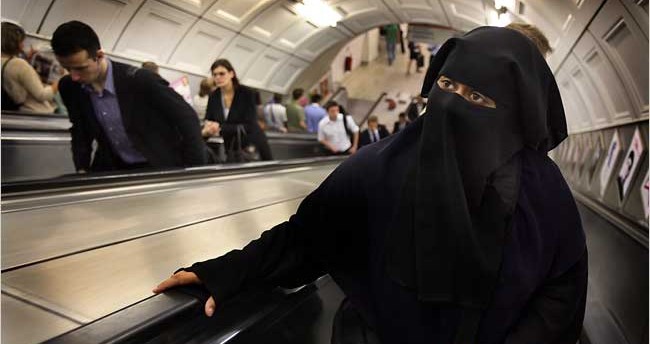 Hijabs, niqabs and burqas have dominated British news this week. Who knew that such tiny pieces of cloth could upset an entire nation? I calculate that the number of women in the UK who wear the niqab is at most .001 per cent. So why is Britain in such a state?

A college in Birmingham, the UK’s second city, instituted a ban on the niqab, citing the need to identify students on campus to keep the college safe. A huge counter protest led to a rapid reversal of the decision.

Also this week, a judge issued a ruling about whether a defendant who wears the niqab would be permitted to wear it in court. His detailed and reasoned judgment was that the defendant would have a screen protecting her from public view during the limited times she would be required to remove it during the trial proceedings. This was to allow the judge, jury and accused to observe her reactions to the trial in order that open justice – one of the principles of UK law – could be conducted. At all other times the defendant would be permitted to wear her niqab. It’s an excellent balance between the competing rights of the defendant to freedom of religion, and the rights of the other participants in the legal proceedings.

This week’s drama is about more than these two incidents. The pretext is the niqab, but it’s really an excuse to talk about Muslims as “backwards”, “oppressive” and “different to us”.

One key argument against the niqab is a supposed feminist line of “freeing” women from the “force” to wear it. We can see how crazy the feminist discussion is by pointing to that bastion of women’s rights and liberation, the Sun newspaper, notorious for its Page 3 girls. No surprise then that their front page this week demanded that Muslim women be “unveiled”. They just can’t bear that women should be covered.

Security is touted as another reason to ban the niqab. But in airports, women generally comply with procedures for identification, so this is a red herring. When banks face a slew of niqab-covered robbers, we can revisit the discussion.

The debate about the niqab is a smokescreen for a constantly recurring and frightening debate that’s really about whether the UK wants Muslims in society. The country is going through a long recession, and history – especially European history – is a powerful teacher that there is danger when minorities are targeted with constant hostility during times of economic uncertainty.

Politicians see easy votes in stirring populist fears, but the real victims are Muslim women who suffer the brutal physical consequences of attacks and intimidation. Feminists should realise that “saving” one group of women by oppressing another group is not a victory.

Liberal hearts may be in the right place by accepting differences in the way we live, but they uphold the misguided notion that Muslim women are all oppressed submissive slaves.

Mostly, it’s just tedious. There’s far more interesting and fundamental things to talk about when it comes to Muslim women than how we dress. We are more than what we wear. Deal with it.

One Response to So Why All The Fuss Over A Tiny Piece of Cloth?