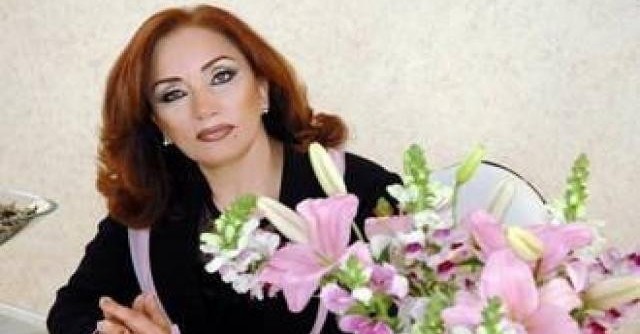 The Italian publisher Sonzongo focuses both on translations and Italian authors — mainly for a female audience — and has recently brought out its first work translated from the Arabic, Ahlam Mosteghanemi’s  L’arte di dimenticare, or The Art of Forgetting. ArabLit discussed Arabic literature (in Italian) with Sonzogno’s Francesca Prevedello:

Prevedello noted that Sonzogno is owned by Marsilio, which focuses on Scandinavian thrillers, but in 2012 published Ahmed Mourad’sVertigo. Also, Mourad’s Polvere di diamante (تراب الماس , Diamond Dust) will be available in Italian bookshops on July 3.

ArabLit: Has Sonzogno brought out other Arabic literary works? Why Ahlam? What sort of audience are you hoping will read this book of hers (why this one and not Chaos of the Senses)?

Francesca Prevedello: This is the first translation from Arabic published by Sonzogno. At first, we were impressed by Mosteghanemi’s public figure in the Arab world as an opinion maker and by her success in social media. Reading the book, we had the feeling that through her “light,” ironic and exhilarating style, Mosteghanemi handles topics shared by women all around the world. We enjoyed the book, we find it easy to read and “immediate,” but also thought-provoking and disruptive in its getting a glimpse at very serious topics between the lines, such as women and political power.

Translating “the Mosteghanemi phenomenon” in Italy is quite difficult; anyway, with this book, we wanted to offer Italian readers something the Arab audience (or at least a part of Arab audience) was — and still is — talking about, considered the success of “نسيان .com” as a best-seller in Arabic.

This is also the reason why we decided to publish first this book and not one of Mosteghanemi’s beautiful previous novels. La memoria del corpo (ذاكرة الجسد)has been published in 2000 by Jouvence and translated by Francesco Leggio. With L’arte di dimenticare (trans. Camilla Albanese) we hope to reach a large audience, not necessarily those interested a priori in Arabic literature and/or culture.

AL: Do you think there is an interest in translated Arabic literature among Italian publishers? Italian readers?

FP: Yes, for sure there’s an interest among Italian readers and publishers. Italian publishers are paying attention to Arabic literature.

AL: If you had to name the Arabic literary works that have had the biggest impact on Italian readers, what would they be?

AL: Has the landscape for Arabic literature in (Italian) translation changed since 9/11 the way the English landscape has?

FP: My previous answer may also be a consequence of 9/11 and of the increased interest for Arabic culture and literature.

AL: If Sonzogno were looking for new literature to translate, what would they be looking for?

FP: Books that fit our editorial line, both in fiction and non-fiction… and books we like. We are aware that the answer is quite obvious, but when we decide to publish a book, many factors come in and it’s really quite difficult to list them all.

And certainly we can’t mention Italian without:

…pointing you to our friend Chiara Comito’s blog, http://editoriaraba.wordpress.com.