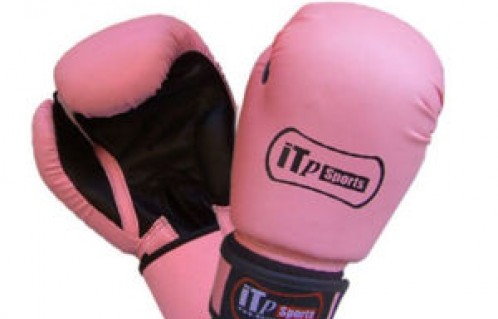 Imagine a tumor, a big lump of frustration muddled up with helplessness settling inside your heart and getting pumped through your veins and the entirety of your body, and it has no cure. You only wish you can reach down, thrust your hand into your heart and squash that toxic chunk of aggravation between your wobbly fingers. Eradicating it, though, is a treatment you are denied; the only eradication that you can have is the Israeli termination of your life, and along with it the termination of your despair. You may only resort to immunotherapy, which very much depends on your creativity in enhancing your immune system and endurance levels. It would be safe to say that every Palestinian is, one way or another, inflicted with this malignant cell.

Where I live in Palestinian Gaza, people are inflicted with this helplessness and hopelessness, but to make matters worse, there is also a time bomb planted inside of their chests as well, ticking away and ready to detonate any passing moment. Life is a mere existence rather than real living. At times, escapism and absolute indifference are your only means of relative happiness.

In Gaza, men have ‘learnt at a very young age what it was to be angry- angry and helpless’. They are encompassed by a cloud of vulnerability and are impelled to watch their integrity being ripped out at every uncertainty and inability to do and be, but as Gaza men are transported with rage, the defiance and struggle against the nasty tumor knows no break. It is a full time job.

In Gaza, even the most moderate and serene women are intensely preoccupied with a paradoxical desire and passion for ranting, cursing, and at times, simply crying. Watching their lives, and if married the lives of their children and their husbands preordained and constrained by what Israel, coordinating with Egypt, permits.

At times even the Israeli withdrawal from Gaza contributes to this blazing fury. The disengagement and isolation from even your occupier contributes to this agonizing helplessness, where the simplest forms of Palestinian resistance and expression of dissatisfaction with Israel’s ruthlessness and severe injustice is denied- that of hurling stones at the reason behind your misery and destitution.

In Gaza, the level of deprivation is bottomless. Being careful not to compare it, as many so ignorantly and idiotically do, with Somalia or the like famine-hit areas. No, Gaza is a different story. It is a beautiful place where large fragments of contradictions, and a struggle to be, blend to create a chained splendor, a troubling aesthetic. Gaza is not a poor place, it is a made-poor and isolated-from-the-world place. In one area you will find Gazan refugee camps’ alleys flooded with stories of horror and torment, and in another, you will find an extravagant villa and a blooming luxurious hotel where tunnel-smuggled-goods nosh its restaurants.

It is an economy kept by Israel at the brink of collapse. It is a place of so much competence and potential, subjugated and suppressed by Israel on a daily basis, and thus crushing every ambition, every dream, and every attempt at blossoming. Water theft, trade constraints, electricity control, and movement restrictions are all but few practices by Israel aiming at turning the life of every Gazan into what a friend would put it- a coping mechanism.

To me, and to many Gazan Palestinians I know, my coping mechanism resides in my virtual world. Ranting and venting can indeed be therapeutic, and dwelling in the twitter world of mine could suffice to chase away the angry being lurking in my heart. This anger has been enhanced with so much fear and uncertainty, not only from Israel’s hidden plans for us, particularly after the recent blackout, but also from our obtuse leadership who might be blowing our decades-long struggle and butchering every dream of return in a dull-witted and selling-out move.

For my own emotional safety, I will be saving up for a punch bag- a pink one too. Something I can confide in and unleash my wrath at every unfairness, especially when I am denied even twitter by Israel. This is what Gazans really do need. For those who are thinking of forming a new convoy to Gaza, I once suggested a convoy of books, but now I say a convoy of punch bags. A more dignified stance of solidarity, and a true remedial aid.