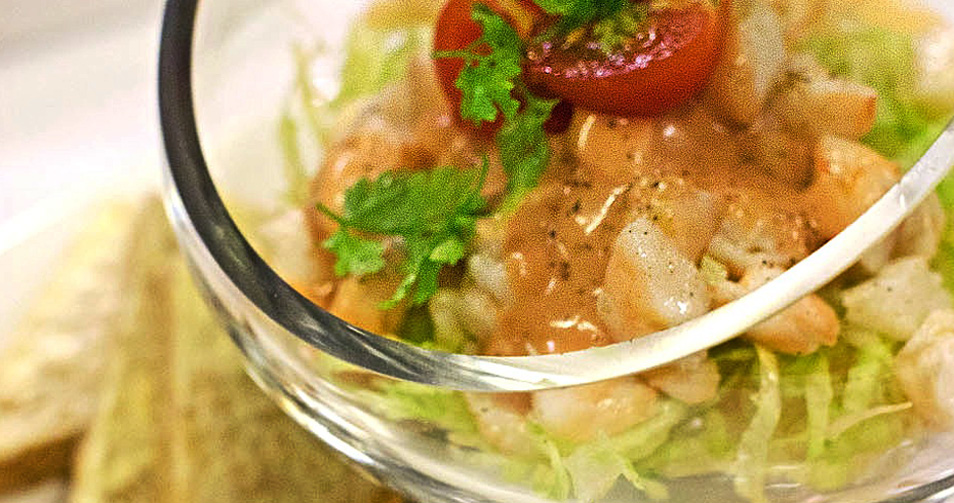 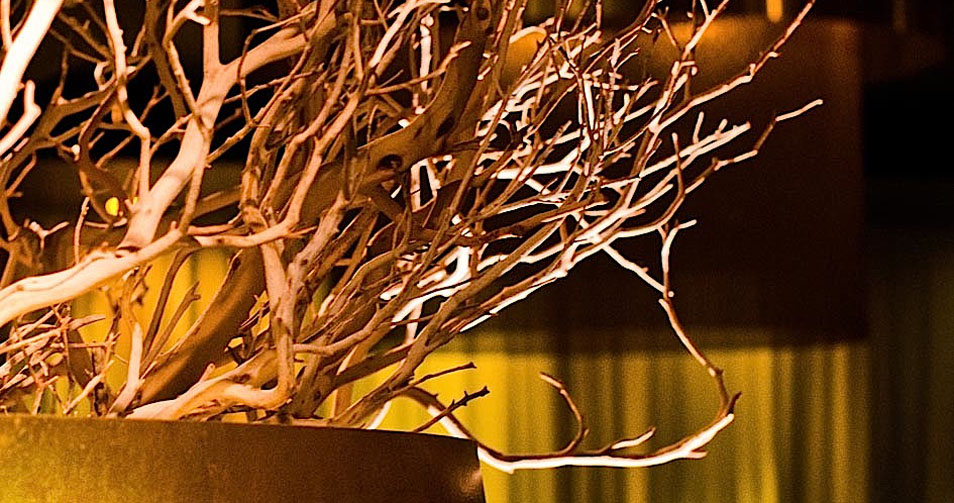 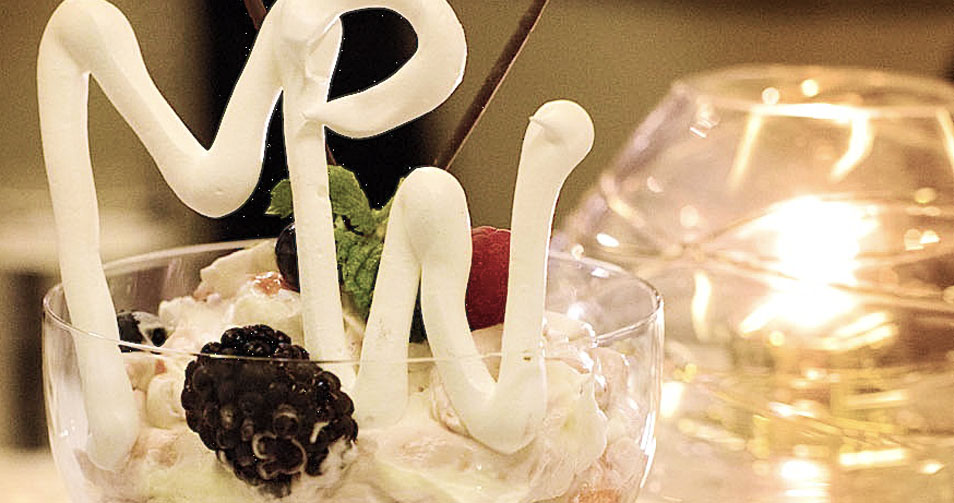 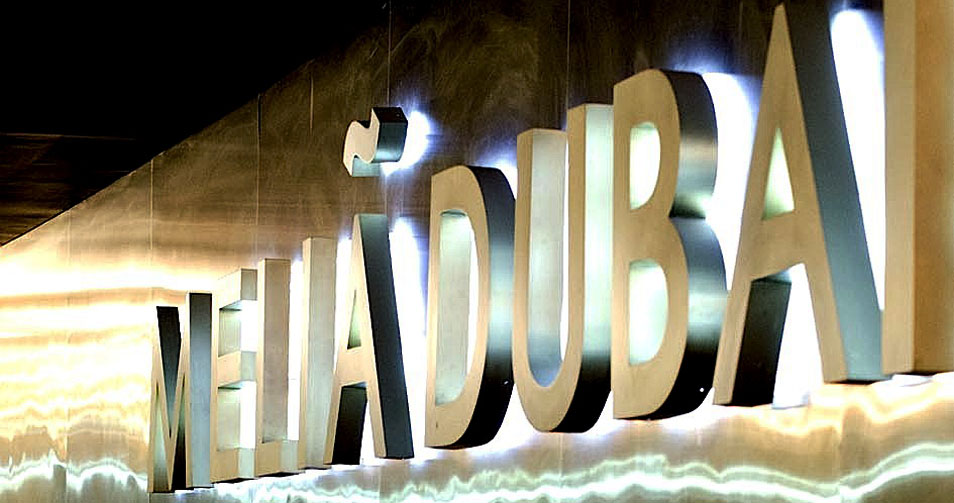 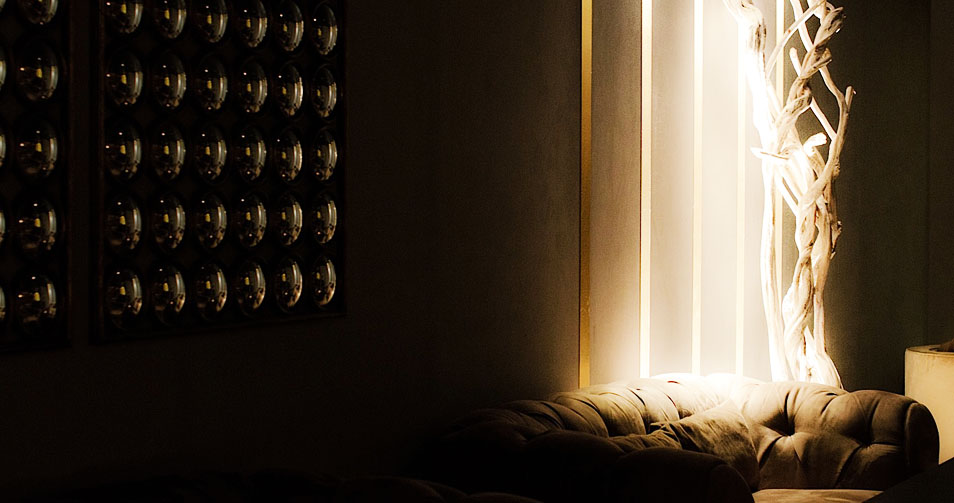 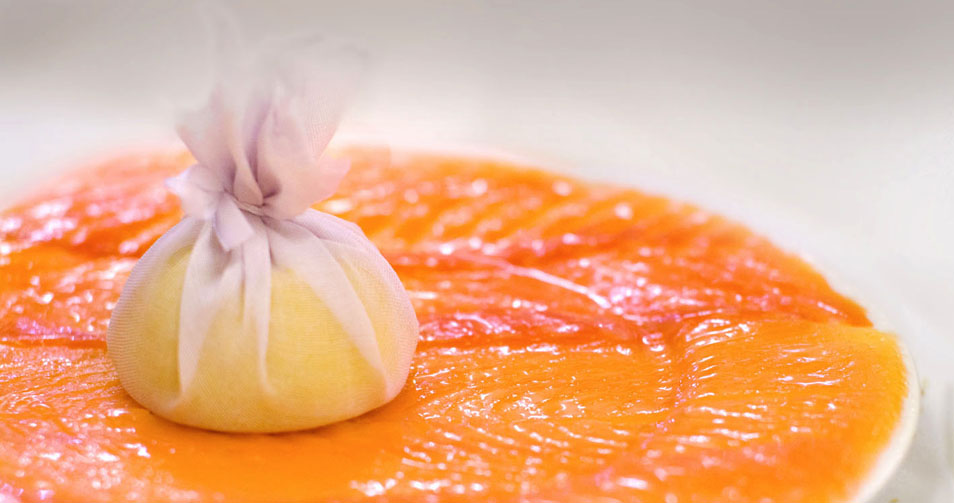 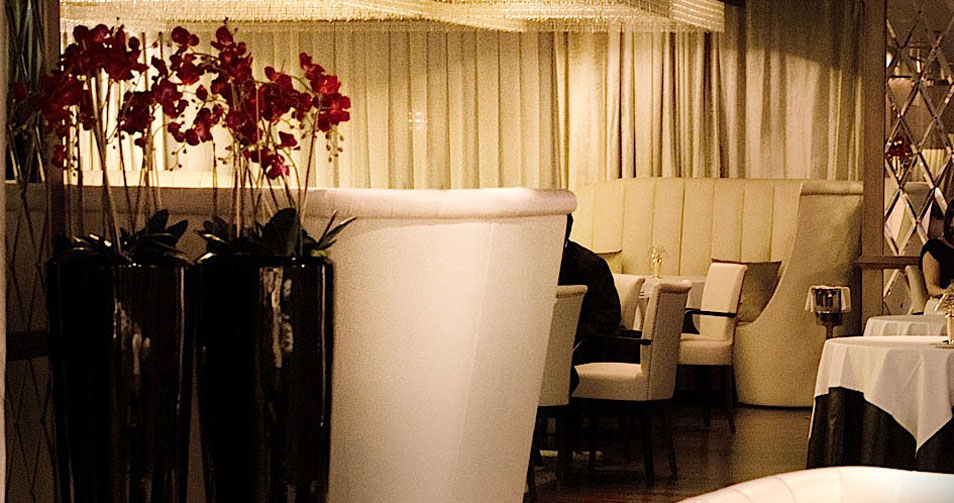 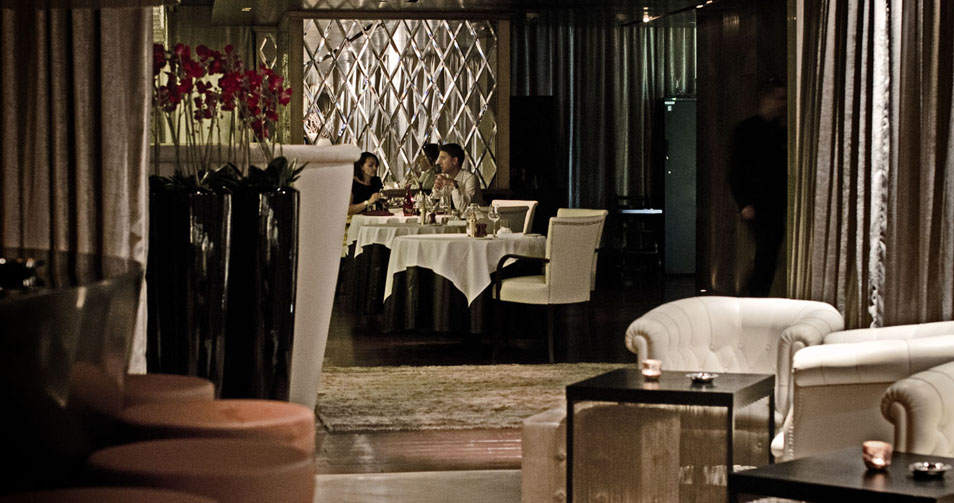 I’m not entirely sure what Marco Pierre White was aiming at when he named his new Dubai restaurant “Titanic”. Press suggests that it is designed to be a kindred spirit of the original London Titanic restaurant, which went down when the Regent Palace Hotel entered its facelift period. He named that one just to piss off the chef downstairs who ran “The Atlantic”. Yes, very funny. The joke cost him a little time in court, but he eventually won, and it’s said he can still enjoy a beer with Atlantic owner Peyton (although I can find no image to prove this). Perhaps the naming of Dubai’s restaurant is another tongue in cheek effort by the rebel chef who treats political correctness like a soddy sous chef.

It’s hard not to imagine a sinking megalith when conjuring the word “Titanic”. Something opulent, expensive, brash and brand spanking shiny new, and yet unsupported, unsafe, unsound and completely doomed. Perhaps if he had opened in 2008, while Dubai was eroding in a financial storm, it would have been more appropriate. A kick in the face to economic difficulty and to Dubai itself, a perfect “F-you” statement to fit his televised personality. Now, Dubai seems to have bobbed back to the surface. It’s not the Titanic, it’s the iceberg. Like his previously named restaurant, it’s floating nicely above the Atlantic, thank-you very much, and against the odds, still blinged glamourously in modern fashion.

The restaurant itself does not really resemble the boat. It’s decorated in a boxy modern interpretation of Art Deco, an era of the 1920s and 30s, many years after the big boat blundered. There’s an aggressive and headless winged female in pride of place – possibly a take on Samothrace. She’s reflected in bevelled mirror and glittering crystal all over the room, and impossible to ignore. The waiters think she has something to do with the Titanic – a reproduction of a relic that was brought up with the wreckage, but again, I can find no record of it. Besides the angel of victory, the room is both smooth and soft whilst retaining that sharp-edged and bulky deco style. It’s comfortable, nicely lit, plush. The bar alongside is likewise welcoming, with deep velvet chairs, and clever lighting that divides the room into secluded nooks without cramping it with walls.

The food is typically MPW, and again, atypically Titanic. I doubt very much one would have found a chicken Caesar salad or asparagus risotto onboard a British ship in 1912. It’s simple, and to someone like me who loves a little experimentation with food, comes across as a little lazy. It is however pitched to a market and fairly well done. White says himself in nearly every well structured article I have read on Titanic that he is sick of 18 course menus and fancy pants cuisine. Is it just an excuse for what reads to me as an overly simple offering? If it is, it doesn’t matter. There is a market for diners who want ordinary western food cooked well, without the bells and whistles, the fusion and the cleverly contrasting flavours. Meat and three veg is the bill of fare here, and from the looks on other diners’ faces, it was going down well.

Our own dishes on the night were staples. Smoked salmon and prawn cocktail to start. Steak and risotto for mains, and Eton Mess for dessert. The food was good – not great, but good enough. The salmon was superb – rich, creamy, full flavoured and generously served. The prawn cocktail was dull – a dish that needs to be perfect because it has been done so often and for so long that everyone has tried it a dozen times before. It was the iceberg that sank this too – iceberg lettuce, soggy in the rose marie sauce and flavourless as it always is but without the crunch that makes it a useful ingredient. The steak was OK. Scottish beef had been selected rather than some of the better Southern Hemisphere versions on our local market. Probably to keep with the British theme, but again, for a dish like this, make it the best, because anyone can cook a slab of rib eye. The mustards made up for it – incredible – perfectly balanced, tangy, herby, gorgeous. The waiter told us they were house-made. They should sell it by the jar. The risotto was very nicely done. Other reviews have had this up and down – perhaps a risotto’s beauty is in the eye of the beholder, so if you like yours al dente with soupy creamy juices, well seasoned and with the asparagus green and slightly crisp, then you’ll be happy. The Eton mess was a triumph. But like the other dishes, it’s not rocket science – it’s pretty hard not to make smashed meringue, whipped cream and jammy fruit taste good. But I’d order it again.

The service was reasonable by Dubai standards, polite yet friendly, unobtrusive, a little inexperienced or disjointed in parts, yet worthy of a tip. The wine list is interesting, fairly well priced, but seriously lacking choice by the glass, while the cocktail list is inspired and deserves further investigation at that cozy bar on another night. The location of the venue may prove a sticking point for some. It’s in Bur Dubai – surrounded by dodgy hotels with dubious buffet deals and faux british pubs, cheap curry joints, dark alleys and the docks. On the one hand, I applaud the location. Bur Dubai is a vibrant area of Dubai that needs more attention and better hotels and restaurants, but on the other, Port Rashid is hardly the “Paris End” of old Dubai – I think I’m still holding out for a refurbishment of the Arabian Courtyard Hotel, an area where I can stroll Bastakiya, Meena bazaar and the souks before popping in for a luxurious change of scenery.

Does it get the vote for a return visit? Yes. Marco Pierre White is doing in Dubai what the Ivy is trying to achieve. Simple, no-thought-required western food cooked well in a glam environment. But let’s hope they pop some avocado in the prawn cocktail and a few more wines by the glass on the list before I get back there.