Review: Would You Like an iPad With That, Sir? 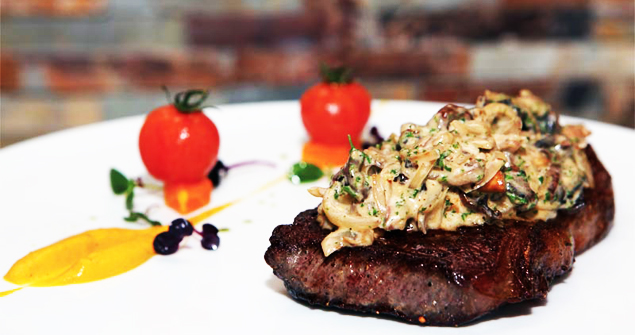 I had sworn off going out to eat following my last pocket-emptying plate of Dubai restaurant mediocrity, but was talked around and so the weekend saw us once again approaching a crisp linen table in a mood-lit temple to gastronomic indulgence. I feel compelled to write about it and as The Fat Expat is dead, you’ll just have to put up with it being posted here.

The restaurant was called Terra Firma and pals had found it in that timeless tome for the cost-conscious consumer, The Entertainer. For those who don’t know it, The Entertainer comes in many editions, all of which are basically books of special offer coupons, typically of the ‘one main course free when two dine’ variety.

The first hitch was the fact the restaurant had moved. Nobody had thought to mention this when we booked, so there was a certain amount of confusion at the Al Badia Golf Course when we tried to find a restaurant that had, in fact, been moved to the Intercontinental Festival City late last year. The second was the menu was significantly more expensive than the sample menu in The Entertainer. The third was it came on an iPad.

So you swipe your way through the menu, with an illustration of each dish against it available by tapping on a button on the screen. There’s a wine list, too. You can’t actually order from the iPad, you just browse using it. I confess to finding the idea gimmicky to the point of being mildly offended by it. There is no earthly reason to present a menu on an iPad, except perhaps that the restaurant lighting is so gloomy you couldn’t read print. It’s actually more onerous to navigate the screens than hold paper.

And then we get to the prices. Dhs150 and more for a starter. One of the starters, the Beluga caviar, was almost Dhs 1,000. Mains were similarly hefty on the wallet, with steaks starting in at around the Dhs 250 mark and climbing steeply. And the wine list was outrageous, kicking off at Dhs200-odd for the stuff they slosh out at cheap brunches, typically Dhs25 at ‘street’ prices. I can live with five times cost (grudgingly) but this was way beyond that. At least you find out how they managed to pay for all those iPads…

It was here I was on the point of leaving and striking out for the Belgian Cafe. It was a touch and go thing for a while. We stayed, but only because of the vouchers. I had a very nice smoked haddock saffron chowder, probably the most affordable starter on the menu at Dhs60. We all had steaks and sides and these were truly excellent (although one didn’t come as ordered, which as Gregg Wallace would say, ‘isn’t good enough at this level’), if slightly pricey. The Entertainer vouchers took care of that, though. If the selection of salts and mustards was trying a little too hard, it was so overshadowed by the iPad stunt it didn’t stand out. The mustards were very nice, in fact.

And then back to the iPad farce for dessert. I wanted cheese, but balked at paying Dhs150 for a cheese platter. That’s twenty five quid for some cheese! Are these people mad? We asked for the maitre d’ and enquired what was so special about the cheeses? Washed with virgins’ tears? Made of milk from cows fed on cheese? Imported from the Scapa Flow Ice Cheesery? Nope, just some Brie and stuff with quince jelly. Now you feel free to tell me I’m being unreasonable about this, but I can’t see it. I’m not a mean person, at least I think I’m not, but I can’t see where Dhs150 for a plate of cheese works at all. I asked if I was the first person to complain and apparently I am.

Deciding we couldn’t face dessert in the face of The Great Cheese Disaster, two of us went for Irish coffees. These were made by someone who has never seen an Irish coffee – two lukewarm white coffees with foamed cream on top and some undissolved brown sugar on the bottom. They might have contained the magical ingredient, they might have not. They were the worst Irish coffee I have ever seen, although Sarah assures me she was served a worse one once in Kenya in 1988. Apparently the chef is Irish, which just makes the insult to Shannon International Airport’s gift to its American visitors even worse.

We got the check, which didn’t come on an iPad. The vouchers meant it added up to Dhs1,800 for four. We had eaten well and hadn’t stinted on the sauce. The food had been very good indeed. But we had picked our way carefully around an outrageously expensive menu and wine list – you could easily have burned through a thousand dollar dinner for four.

And I’m simply not paying that. I was right the first time. I can cook. I’m staying home.