Five ‘Must Read’ Biographies from the Arab World 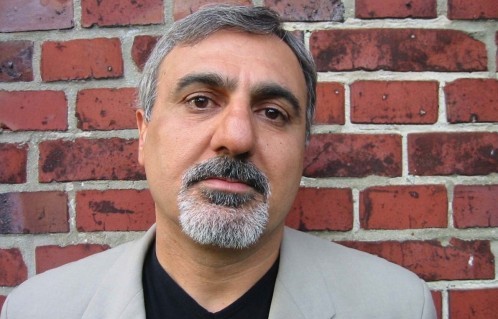 Assembly Journal for their “five books” series, asked me to come up with a list of five Arabic books. Five from all of Arabic literature? The field was too dizzyingly wide.

Even when I narrowed my topic to “memoirs and not-quite-memoirs,” it was difficult to winnow: What about Galal Amin’s Nectar of the Years? (All right, it hasn’t been translated into English, so that’s that.) Sayyid Qutb or Huda Shaarawi’s memoirs, for their historical and political importance? (Literary interest has to come fist.) Radwa Ashour’s meta-fictional, half-autobiographical Specters? (But I had Specters in a previous five-books list.) Taha Hussein’s classic The Days? (Hasn’t everyone already read The Days?)

I eventually decided on five contemporary memoirs and not-really-memoirs (read the list of 5 here), although I was reluctant to drop this one, the sixth:

Al-Berry’s memoir is the most memoir-like on this list: It tells the story of the author’s adolescence in Upper Egypt: how he became a member of the banned Jama’a Islamiya, and how he was imprisoned with other members of the group. It then follows how al-Berry shaved off his beard, stopped wearing a jilbab, and embraced literature and a secular medical-school education.

What’s wonderful about this memoir is how it doesn’t feel charged with East-West politics, but treats all its subjects—Christians, Islamists, the apolitical, the secular—with understanding and respect. The book is at its most moving when al-Berry describes being in prison. His small flashes of desperation—as when he weeps from a terrible headache, or when he is perversely upset at not being tortured—make for an exceptionally real-feeling narrative. The other memoirs are:

Sonallah Ibrahim’s Stealth is narrated by a boy whose life looks much like that of his creator. The protagonist is seven or eight years old during Cairo’s post-WWII, pre-revolutionary era. He’s the son of a twenty-something mother who struggles with mental health issues and a father in his sixties. Indeed, details mirror Ibrahim’s personal autobiography to such an extent that his sister apparently called him after the novel was released to argue that their father did not have bedbugs.

But whether or not this is autobiography—and Ibrahim insists that it is not—the mastery of detail is exceptional. Here, the narrator’s father undresses for bed:

He has a hard time untying the laces of the hernia belt between his thighs. He strains to get out of it and throws it on the desk then gasps with relief.

The beauty of this novel is both in its spare, precise prose and in the emotion that surfaces from deep beneath the text.

Shimon’s autobiographical novel An Iraqi in Paris has just been released in re-translation (March 2011). The novel is a wonderful and sometimes darkly funny ride through moments of Shimon’s novelized, movie-obsessed childhood and young adulthood.

The original translation was done by six different scholars and translators; the new edition promises to offer a smoother version of Shimon’s enjoyable book.

Journal of an Ordinary Grief, published in Arabic in 1973, was the first of three major prose works written by the great Palestinian poet Mahmoud Darwish.

Beautifully translated by celebrated novelist Ahdaf Soueif, I Saw Ramallah is by another prominent exiled Palestinian poet, Mourid Barghouti. The memoir is both meditative and poetic, and uses fictional devices to draw the reader along. Throughout, we must know: What happened to Barghouti’s brother Mounif? But the strongest points of this book are not its structure, but when it refuses to live inside memory and looks critically at the present and future of Israel and Palestine.

Language is also a large part of the pleasure. Here, Barghouti stares down the bridge that should allow him back home:

I would have thanked you, bridge, if you had been on another planet, at a spot the old Mercedes could not reach in thirty minutes. I would have thanked you had you been made by volcanoes and their thick, orange terror. But you were made by miserable carpenters, who held their nails in the corners of their mouths, and their cigarettes behind their ears.

Nawal al-Saadawi is among Egypt’s most widely recognized public figures. The octogenarian author is known as much for her activism as for her writing; she was widely interviewed as she camped out in Tahrir Square during Egypt’s 2011 revolution.

Al-Saadawi’s best-known book in English translation is Woman at Point Zero, the story of a woman sentenced to death for killing her former pimp. But her most memorable works are her autobiographical ones: Memoirs of a Woman Doctor, A Daughter of Isis, and particularly Memoirs from the Women’s Prison. Deftly and even humorously told, this book follows al-Saadawi from a dreamlike description of her arrest into a very real-feeling prison.

As she writes at the beginning of Part II, “Prison”: “If the most difficult moment in the life of one sentenced to execution comes just before the guillotine falls on his neck, then the hardest moment I’d ever known came just before I entered the cell.”