Five Books To Get You Started on Arabic Literature 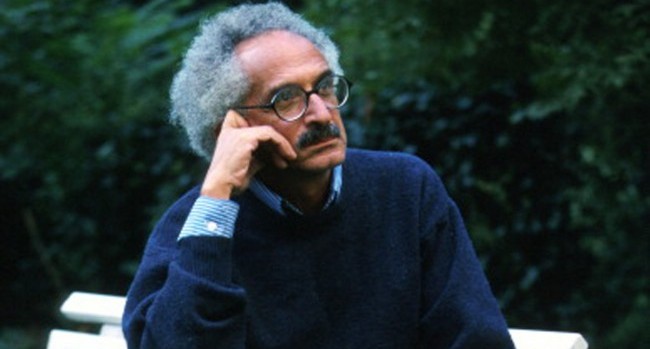 Often enough, I hear from new readers that ArabLit is just “too much,” and that the site lacks a good entry point for the reader who wants to know: Where do I start?

Unless you insist on entering literature by strict chronology (and even there, things are terribly tricksy), there is no natural place to begin. With Nobel Prize winner Naguib Mahfouz? If so, with Miramar, The Cairo Trilogy, or Children of the Alley? Certainly, prize-winning is one way in. Or perhaps with the others on the “Arab Nobel shortlist”: Yusuf Idris, Tayeb Salih, and Adonis? Although what of the author who would’ve been on the list if he hadn’t died in 1987, the wide-ranging, witty Tawfiq al-Hakim? How you skip the Dean of Arabic Letters, Taha Hussein?

With popular 19th century Lebanese novelist Jurji Zaidan, and his recently translated Tree of Pearls? Or even earlier, with the dazzling Ahmed Faris al-Shidyaq’s four-volume Leg over Leg? Or for goodness sakes, why are we giving poetry the short shrift? What of Mahmoud Darwish, Saadi Youssef, Sargon Boulus? You’re not going to miss Boulus, are you?

Or: Who’s to say you want the serious stuff? Perhaps you’re looking for a fast-paced political thriller (like Ahmed Mourad’s Vertigo) or cartoons (Walid Taher’s Bit of Air) or arranged-marriage satire (Ghada Abdel Aal’s I Want to Get Married!).

Already, I’m afraid, I’m plunging deep into the world of too many choices. So instead I will insist. Start with these five books:

New Directions is republishing this in 2014, lucky for you, otherwise you’d have to pay $200 for an out-of-print version. Why? Even if his political statements of late have shaken some, Sonallah Ibrahim has had a tremendous impact on Arabic literature, and this is the most enjoyable of his ouvre. Well, a certain sort of person might enjoy Zaat or The Committee more, but this is my list, not theirs. Also, for those interested, I have a longer list of “the best books on Egypt.”

There is a new Blasim collection out this year from Penguin, The Corpse Exhibition, but it doesn’t have “A Truck from Berlin” (for instance). Really, the best thing to do is to get all Blasim’s stories. You could tape The Iraqi Christ and Madman together and put on a new cover that said The Collected Stories of Hassan Blasim. Or something. Why Blasim? Because he’s out there giving a kick in the teeth to what it means to craft a short story, to the Arabic language, and he’s making something new.

Four put this book on their “five to read before you die” list, and it’s easy to see why: poem, memoir, song, story of exile and of Palestine.

Ibrahim al-Koni’s Bleeding of the Stone, trans. May Jayyusi and Christopher Tingley

Al-Koni’s classical style is intertwined with sharply contemporary concerns: the environment — particularly the desert — and the relationship between human and human, human and animal. Al-Koni has something to teach all of us about literature, human, and animal.

On my “five-book starter kit” for Lebanese literature, this was also one of Sinan Antoon’s selections on the “five before you die” list. One of the many excellent novels of the Lebanese civil war. (Whoever made this Goodreads list did a good job. Well, for the most part.)