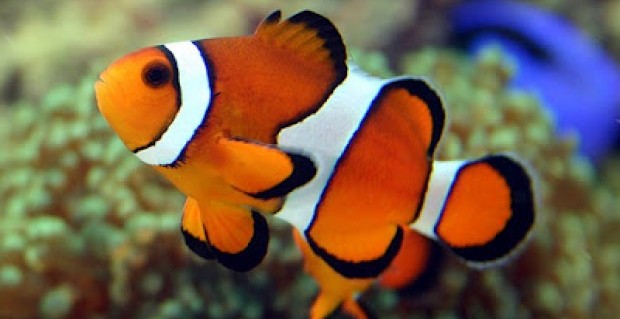 After living in Saudi Arabia for 4 years, I finally got an opportunity to go out on a boat to the beautiful coral reefs of the Red Sea and go snorkeling.

The Red Sea is considered one of the best places in the world to snorkel, and it did not disappoint. I’ve been fortunate to have snorkeled in many places around the globe when I was younger and in the travel business – the Great Barrier Reef, Hawaii, the Caribbean, Mexico, Fiji, Tahiti, to name a few – but I hadn’t been snorkeling in many years. And now at age 60, I wondered if I had the stamina for it.

Our group consisted of at least 20 mostly expats from various countries, like South Africa, Scotland, Lebanon, Iceland, Yemen, and others. Part of the group opted to go scuba diving while the rest of us snorkeled.

The entire day trip, operated by a very professional outfit called Desert Sea Divers and which included a hot lunch of biriyani, cold drinks, snacks, and the rental of my snorkeling equipment cost a total of 225 Saudi Riyals, or about $56 US.

We set out early in the morning on one of Desert Sea Divers lovely and well maintained boats. Everyone on the boat had to don the requisite orange life vests as we passed through the inlet to the Coast Guard checkpoint that led to the deep blue Red Sea. The women were also able to then remove our abayas and scarves and feel the delightful wind through our hair. Since this group consisted of expats, the gender segregation thing and the abaya thing once we were out in the open waters of the Red Sea were not a concern.

The weather in Jeddah in mid-April was warm and hit a high that day of about 35C. The anticipation was building during the 90 minute boat ride out to the reefs where we would be exploring the wonders of the Red Sea.

Along the way, the captain slowed down in one spot where there were dozens of playful dolphins swimming alongside our boat. The astounding creatures put on quite a magnificent show for us, happily leaping out of the water through the air. We all felt sheer delight at seeing these handsome creatures. I was told that we were lucky and that this was a good omen for our trip since dolphins sightings like that don’t always happen that often.

We arrived at the first of three reefs we visited that day, and everyone busied themselves in preparation for entering the glimmering turquoise waters. I was really anxious to get into the water by that point. I jumped in and the seawater felt great. The temperature was just right. But boy, I have to say that the Red Sea is extremely salty!

The snorkeling was absolutely amazing. The colors in the coral reefs ranged from purples to blues and greens and reds and oranges and yellows. There were large areas where the reefs were extremely close to the surface. We were careful not to touch them. The fish were equally as colorful in stripes, dots, two tones, shiny metallics, and half and half. The clownfish we saw, like the ones made famous in the animated movie Finding Nemo, were bright orange, with white and black accents, but like many fish we saw, they appeared to have a mesmerizing neon glow to them. Many of the smaller fish traveled in regimented schools. We also were bedazzled by the sheer numbers of the glittering transparent purple neon jellyfish.

We spent about an hour at the first site before moving on to the second spot, not too far away. I carefully reapplied sunscreen before going into the water again, but unfortunately I forgot about my lower legs which were exposed and I suffered a bad sunburn on them. A few of us daredevils jumped into the water from the top deck. I should have held my nose – I swallowed a big mouthful of the salty seawater and it went up my nose too. The snorkeling here was just as spectacular as the first place. We broke for lunch and enjoyed chatting with each other. It was really a fantastic and diverse group of adventurous people, most of them in the kingdom for work and determined to make the most of their time in Saudi Arabia.

The third reef we explored was called Marble Gardens and was the largest and most outstanding reef of all. One sea creature that we hovered over in wonder looked like a foot long sea cucumber with a snakeskin pattern on its body and a spectacularly crowned head. It was also cool to see the scuba divers below us getting a closer look at the reefs further below us.

With the day nearing its end, we headed back in late afternoon. As we got closer to our port, we were entertained by some Saudi hotdogs on jet skis, who dangerously crisscrossed our boat at high rates of speed and shot into the air like rockets. At least one guy flipped over and he wound up in the water with his jet ski on its side. I wonder how frequently that happens and how many of these guys are injured (or worse) each year.

It was a full day jam-packed with fun, excitement, great people, and incredible sights. I was totally exhausted and slept like a baby last night. The pain I am feeling today on my sunburned legs was well worth the wonderful time I had. I’m already signed up for next month’s outing!