“Everything’s Up For Discussion”: Open Debate in Oman 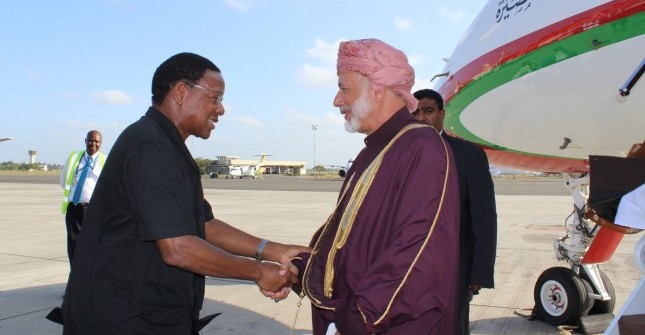 ‘Things Are OK” was the official name of an informal event that took place in Salalah’s largest ballroom last Friday night with none other than H E Yousuf bin Alawi bin Abdullah, Oman’s Minister Responsible for Foreign Affairs.

The aim of the meeting was to invite young people in Dhofar to meet with His Excellency in an informal setting as part of the National Youth Commission’s efforts to address youth issues in Oman. Naturally, word got around quickly in Dhofar about his visit so hundreds flocked to the meeting from all corners of Dhofar. I arrived an hour early and the venue was already filling up.

By the time His Excellency arrived, the room was so full that there were dozens of young men standing along the walls eager to listen to the discussion. I refer to men here because out of the 500 or so people who attended, unfortunately no more than a dozen were women.

The efficient moderator ensured that no time was wasted on introductions or flowery language. His Excellency was eager to start receiving questions from the audience. Over the course of five hours, questions concerning everything from Oman’s relationship with Iran to our Bedouin persona non grata were thrown his way.

An experienced diplomat and politician, he skillfully continued answering nearly every question into the wee hours of the morning. Two huge monitors in the room were broadcasting the live Twitter feed of the event with questions and commentary from people following remotely.

Among the recurring topics was the general discontent with the employment situation for young people in Oman and the rise in cost of living. Other issues covered in the discussion were Oman’s financial situation, speculation about a GCC union, borders with Yemen, Omani embassies around the world, Syria, politics in Dhofar, Iran, education, health, the Arab Spring and even intermarriage!

He pointed out time and time again that the only way Oman is going to move forward in this world is with education, hard work, dedication, and drive. Everyone knows this but it was important for youth to hear it from the one man who truly understands Oman’s position in this world. I was thrilled that he was openly criticising the ‘Omani productivity issue’ which translates into many Omanis still expecting to be spoon-fed by the government. One of his classic quotes during the evening was ‘Money that didn’t come from sweat will not last’.

Naturally, the night was not free of heated debates on sensitive topics that are often kept to private discussions behind closed doors. As far as I’m concerned, honest discussion of difficult topics is extremely healthy if we are to progress as a nation. During the Arab Spring, there was an explosion of free debate on the political situation in Oman and the region. This was followed by a major clampdown on free speech a year ago exactly which has caused general bitterness among writers, bloggers, journalists and activists in Oman.

As a young Omani woman who cares deeply for her country, I choose to be more optimistic. His Excellency’s visit was extremely important to our region and our youth. Although Oman is a relatively small country, officials don’t tend to mingle with the people very much. It’s not part of our leadership culture. The country’s top officials rarely make speeches or directly communicate with locals in public.

Despite the fact that His Excellency has been Minister Responsible for Foreign Affairs for over four decades, I have never seen an interview with him nor heard him speak in public or on television. All I know is that he has done a remarkable job of maintaining Oman’s positive foreign relations and following His Majesty Sultan Qaboos bin Said’s simple foreign policy ‘Oman shall not have an enemy on the face of the Earth’.

Overall, the event was a positive step taken by one of Oman’s top leaders to ensure more honest communication takes place between Omani youth and their government. After the youth-dominated nationwide sit-ins and protests since 2011 in particular, I’m hoping our officials begin to see that the only way forward is transparency.

On a final note, there has been a lot of speculation this week in Dhofar on whether other key officials in Oman are going to step forward and make themselves available for similar unfiltered discussions around Oman. Once we move away from a culture of finger-pointing and blaming to a culture of cooperation and productivity, it will be safe to say that things are OK!