Israel’s Push for War with Iran is ‘Relentless’ 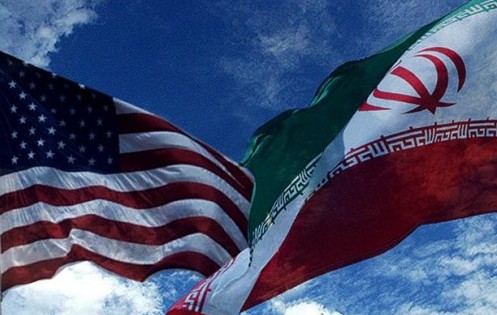 Iran has agreed to a U.N. inspector mission and to hold talks in Turkey with the permanent five members of the U.N. Security Council and Germany on its nuclear program…

The U.N. delegation visit is scheduled for January 28 through the first week of February and will be headed by Herman Nackaerts, International Atomic Energy Agency (IAEA) chief inspector. Additionally, Iranian Parliament Speaker Ali Larijani said Iran is ready for “serious” talks which he said could “yield results” if they are “not a game.”

These are openings for more diplomacy on Iran’s nuclear program. But they won’t go far unless the U.S. stops trying to “collapse” the Iranian regime.

And while the Obama administration is “relying on a secret channel of communication” with the Iranian leader to make clear what the “red lines” are for the U.S., Israel is busy trying to scuttle any chance of diplomacy. Iran expert Gary Sick writes in CNN that both the U.S. and Iran want negotiations to occur. But Israel and the hawkish Israel lobby in the U.S. have no interest in that.

All signs point to Israeli involvement in the assassination of Mostafa Ahmadi Roshan, which has predictably resulted in Iranian threats to Israel and the U.S.and public outcries of “Death to Israel” and “Death to America.”

Eli Lake reports on the “circumstantial” evidence that points to Israeli involvement in the death of Roshan:

Six weeks ago in Washington, on the sidelines of a major U.S.-Israeli meeting known as the “strategic dialogue,” Israeli Mossad officers were quietly and obliquely bragging about the string of explosions in Iran. “They would say things like, ‘It’s not the best time to be working on Iranian missile design,’” one U.S. intelligence official at the December parley told The Daily Beast.

Those comments were a reference to a string of explosions at a missile-testing site outside Tehran on November 12. The explosions killed Maj. Gen. Hassan Moqqadam, the head of the country’s missile program. But the manner in which the message was delivered—informally and on the sidelines of an official discussion—also speaks to how Israel appears to seek to create the impression of responsibility for acts of violence and sabotage inside Iran without quite taking formal responsibility.

These kinds of actions even have their own Israeli euphemism, “events that happen unnaturally,” to quote the Israel Defense Forces Chief of Staff Benny Gantz, from his remarks before the Knesset on Tuesday. In his testimony, Gantz promised more such unnatural events in 2012 aimed at thwarting Iran’s nuclear program.

The path to war with Iran has quickly become very real and very dangerous. So let’s be solid on the aggressors here, which the assassination of a young scientist makes clear. The U.S. is on a path to war, or already there, and Israel is gleefully trying to make sure a real war happens. As Sick writes, “what we need right now is a crisis exit ramp”–and that ramp doesn’t run through Tel Aviv.