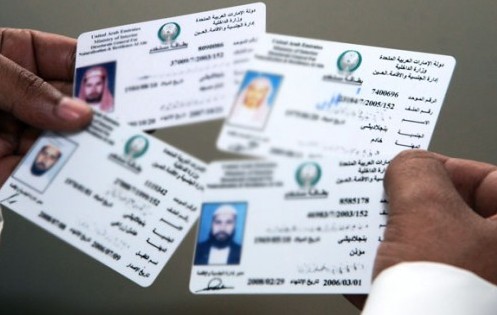 The Emirates ID Card was launched in 2008. Now, in 2012, we are to see the application process for the card implemented as an online form. Launched initially for UAE nationals only, the online application will be rolled out to UAE residents and GCC nationals in the ‘next two months’.

This latest in a long line of announcements, many of which have been followed by clarifications, is potentially the most welcome (and useful) of all.

Gulf News, reporting on the move, focuses on the cost saving to applicants (you save the Dhs30 typing centre fee, so the card will cost you a mere Dhs240 instead of Dhs270) rather than the saving in travel, waiting, queuing, shuffling around from counter to counter with a pile of papers and general messing about involved.

Although, as is so often the case, there’s a whiff of sulphur invading the clear air of paradise – Gulf News’ story (linked here for your viewing pleasure) contains the line, “Online applicants can print out their receipt which will mention the appointment to visit an Emirates ID registration centre.”

Of course, an online application process would involve filling in a form, uploading copies of any documents required, paying any fees online with a credit card and then having the card mailed to you, wouldn’t it? It would be insanity to have people filling in the forms online and then having to make an appointment to physically travel to an Emirates ID registration centre and queue to have the application reviewed and the card issued to them in person. Nobody in their right minds would implement an online process like that, would they?

We can only await the usual clarification…

One Response to Emirates ID Card: Some Good News…Perhaps