Egypt’s ‘Culture of Harassment’ Must Stop 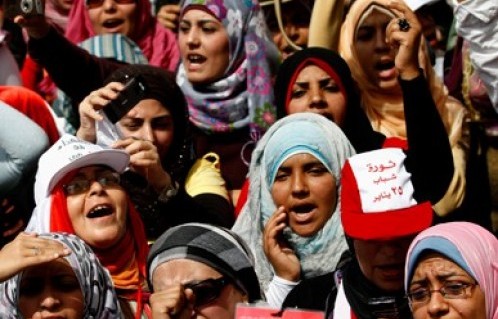 If Egypt is to become a more pleasant place to live it needs to do more than stamp out corruption and implement democracy. The political “clean-up” of Egypt needs to go hand in hand with a societal “clean-up” of community values, and an examination of what can be done to make the city nicer for everybody.

Social problems in Egypt include widespread littering, ignoring traffic laws (it may not sounds serious, but when a 15 minute walk includes multiple dices with death, it becomes more so) and, most distressing of all, endemic sexual harassment.

Women in Egypt, regardless of race, religion or dress, face daily harassment by the male population ranging from whistling and suggestive shouts, to grabbing in the street. If you speak to any foreign women about the least pleasant aspect of life in Egypt they will tell you without hesitation that it is the daily chorus of cat-calls and shouts of “very nice”. Amongst those born here the complaints are thinner on the ground, but although they may have become used to it, this does not mean it does not cause them equal suffering.

A fun game for young males on scooters is to ride past a women close enough that their friend (or friends) sat behind them can reach out and slap her behind, leaving her distressed and angry, while they drive off screeching with laughter. Another activity that passes the time is to follow women home either on foot or by kerb-crawling, all the while recording videos on their camera-phones. Yet another activity involves hanging out on bridges in groups waiting to corner girls and not let them pass.

One of the most concerning aspects of this behaviour is the age of the boys involved. While some are teenagers, many are as young as nine or ten, and it is not difficult to see where they get the idea that these kinds of actions are acceptable. Men out with their sons will openly stare at women, and make lewd gestures or expressions, or “brush-past” them unnecessarily closely, in move that takes slightly too long. As long as these boys continue to be taught from an early age to think of women as not deserving of their respect, the situation will not change.

Another striking aspect of the harassment culture is how public it is. Harassers don’t lie in wait in deserted alleyways, or operate only in the dead of night, because they don’t have to. The blame lies not just with the individuals directly involved, but also with the society that allows it to go on around them unchecked, and frequently expresses denials or apathy about the problem.

While stories do exist of occasions when a stranger successfully intervened on behalf of a harassment victim, these cases are the exception rather than the rule. If you cause a scene, the most you can usually expect is a sympathetic “I’m sorry, but there’s nothing you can do about it”. If you fight back, you are regularly told by curious by-standers to “calm down” and that “it’s not a big deal”.

Sexual harassment is a big deal. it is a violation of the right of half of the population to go about their day unhindered and unintimidated. Egyptians need to rediscover their sense of pride, and stop treating it as a triviality. And while they’re at it, stop using public parks as rubbish bins and driving like maniacs.